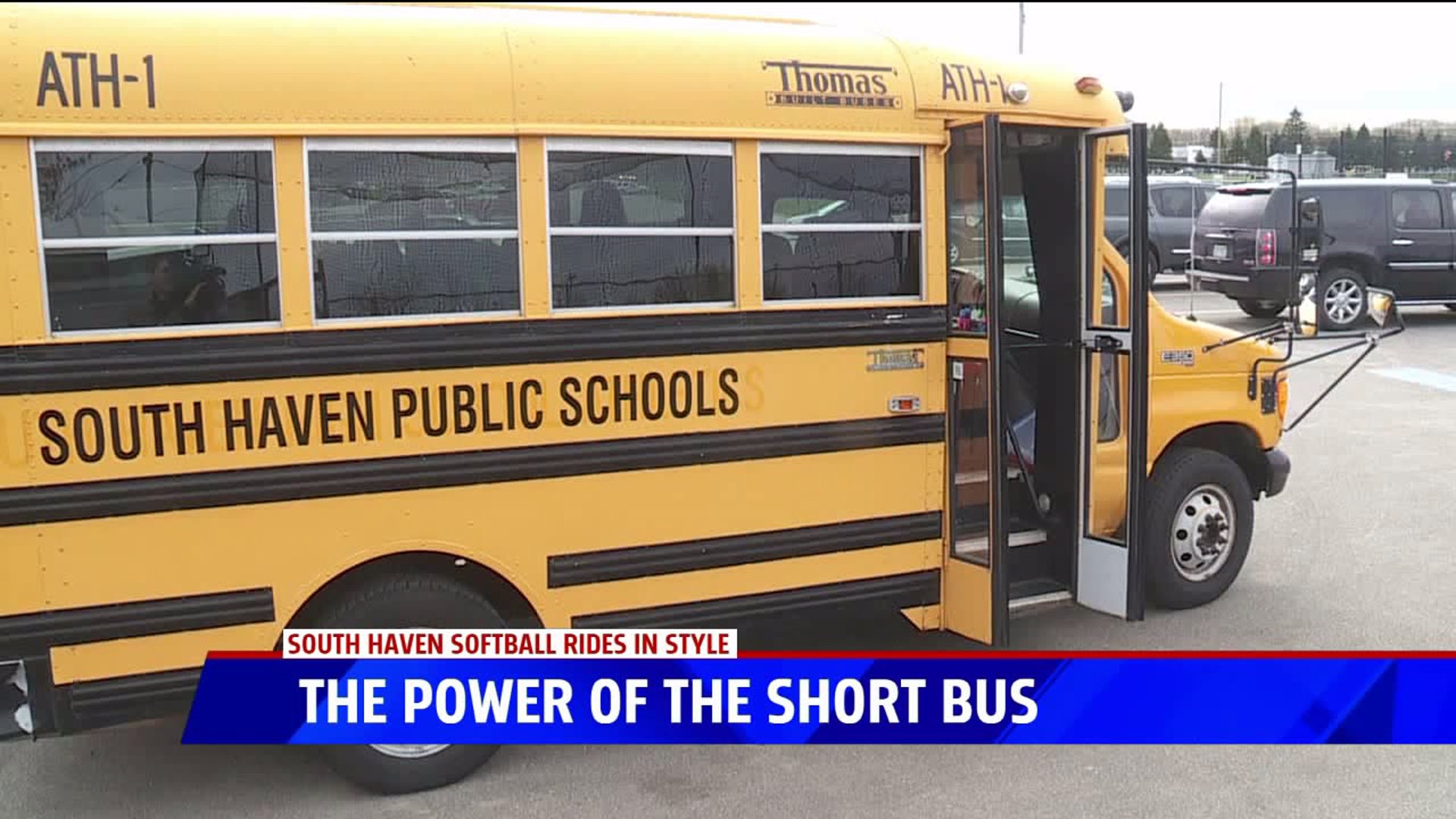 SOUTH HAVEN, Mich -- For South Haven softball, their road to success begins on a short bus.

Unlike nearly every other team in Michigan, South Haven softball doesn't share a bus with the baseball team, nor do they have a paid bus driver.

"I'd say it's been close to 20 years since I've been driving that bus," smiled Wilson.

It's not often that a head coach doubles as the team bus driver.

"It's kind of a catch-22 because some coaches think they need to spend their bus time prepping but I try to do that before hand and clear my mind a little bit while I'm driving," she added.

When opposing teams see the South Haven short bus pulling up, it might not be much of an intimidation factor.

"It's so unique, we come off of the bus and other teams are looking at us," laughed senior infielder Olivia Ellis.

"Some people kind of make fun of us but it's honestly the greatest thing," Coach Wilson smiled.

There are several benefits to not having your own team bus, including a better team schedule and not getting stuck waiting for the baseball team.

"There are a few situations where it's a conference game and we're going in the same direction and we're still taking two buses," Wilson mentioned regarding the softball and baseball schedules.

Aside from the schedule benefits, the girls are able to enjoy the road trips a little bit and hold nothing back.

"It's super rowdy on the bus," laughed senior catcher, A.J. Jeffries, "we all standup and dance and have a lot of fun."

"On the way there we just scream on the top of our lungs," Ellis added, "it's gotten to the point like half way [coach] says, 'okay turn it down we have to be ready for the game' but on the way back if we win it's even worse."

"When we travel by ourselves, we can stay loose, focused and girls can be girls," Wilson said.

With your head coach also being your bus driver, it can create a lot of fun memories that will never be forgotten.

"My freshman year, I was on varsity and [coach] was like, 'I can pick you up at home' because she can drive the bus and it was just on the way."

Then there's last spring when the team went to their first state championship since 1979, the ride on the short bus was a memorable one.

"I think my favorite was when we went to state last year," Jeffries continued, "we were on the bus for a couple of hours and we put 'honk if you believe' on the back of the bus and a bunch of cars went back honking."

At the end of the players' careers, the bus becomes a topic of discussion.

"When we do our end of the year scrapbook and we do our remember whens, a lot of the memories are on the short bus," Wilson added.