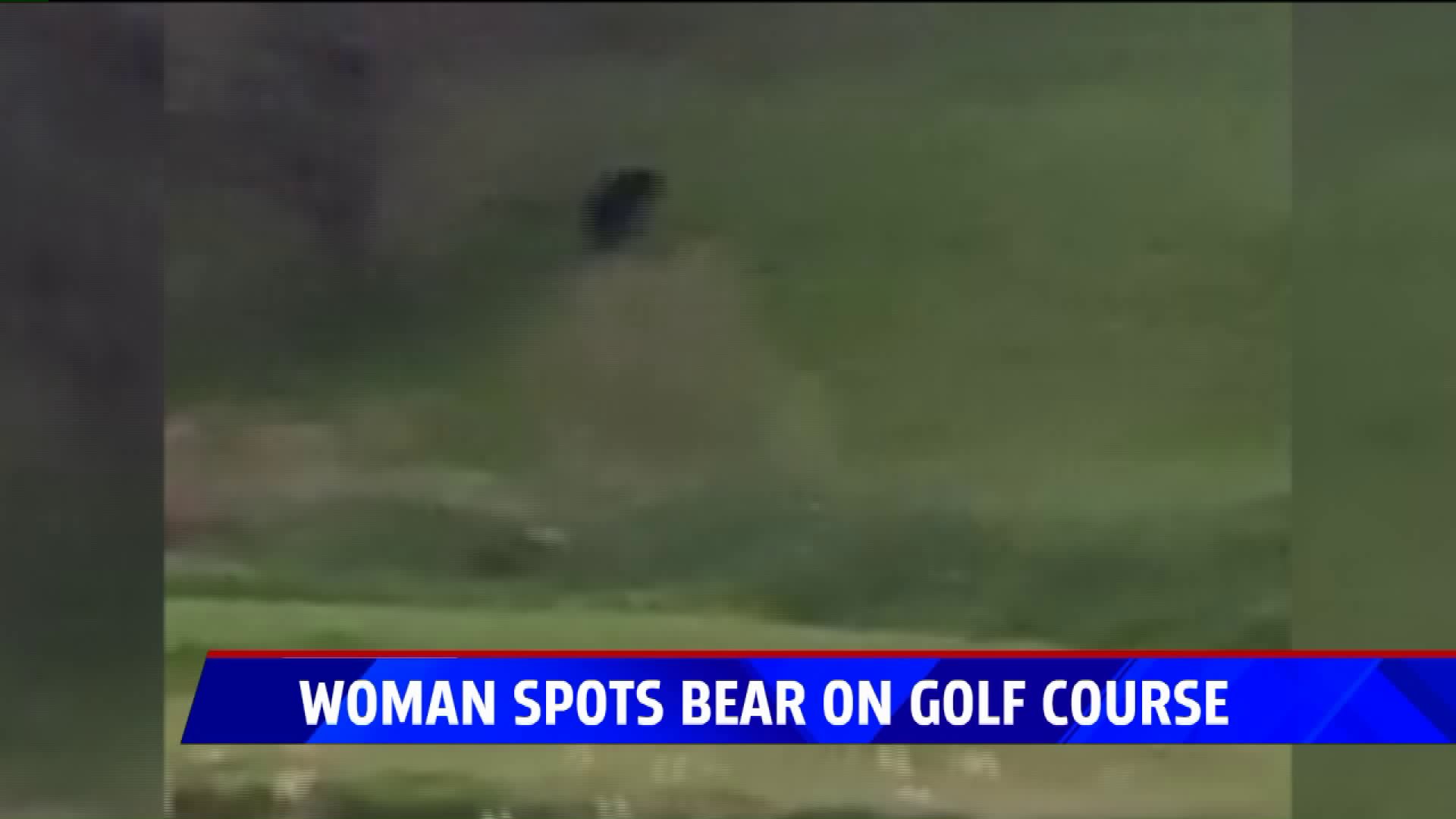 This bear was tranquilized while it was in this tree in the city of Grand Rapids on Sunday morning. (Michigan DNR Photo)

UPDATE: On Sunday morning, Grand Rapids police cornered the bear in a tree. Michigan DNR officers tranquilized the bear, loaded it into a bear trap and transported it to northern Michigan. For complete details, watch FOX 17 News at 10 and 11 Sunday night.

A Kentwood woman - Taylor Shea Sargent - phoned to say she was just leaving a restaurant on 28th Street S.E., just east of Kalamazoo Avenue, when she noticed a bear on an adjacent golf course. Or at least, what appeared to be a bear. That hasn't been confirmed by authorities yet.

It was a little after 9 p.m. Grand Rapids Police tell FOX 17 the woman told dispatchers she saw  a bear heading westbound on the Indian Trails Golf Course, 2776 Kalamazoo Avenue SE.

She told police she took a quick photograph or video of the animal, and planned to send it to police for them to see for themselves. Sargeant later sent the video to FOX 17. She tells us she and her fiance, Todd DeVries of Kentwood, were walking into Buffalo Wild Wings for dinner, "and out the corner of my eye I saw something black moving. It was way too big to be a dog, so I looked at it as it ran away and it was a bear".

As of late Saturday night, Grand Rapids Police had yet to confirm whether it was an actual bear or another animal. They tell FOX 17 they're still investigating.

But you can judge for yourself.

In June 2018, a black bear was spotted in Coopersville - but that's a much less populated area than the middle of Grand Rapids.