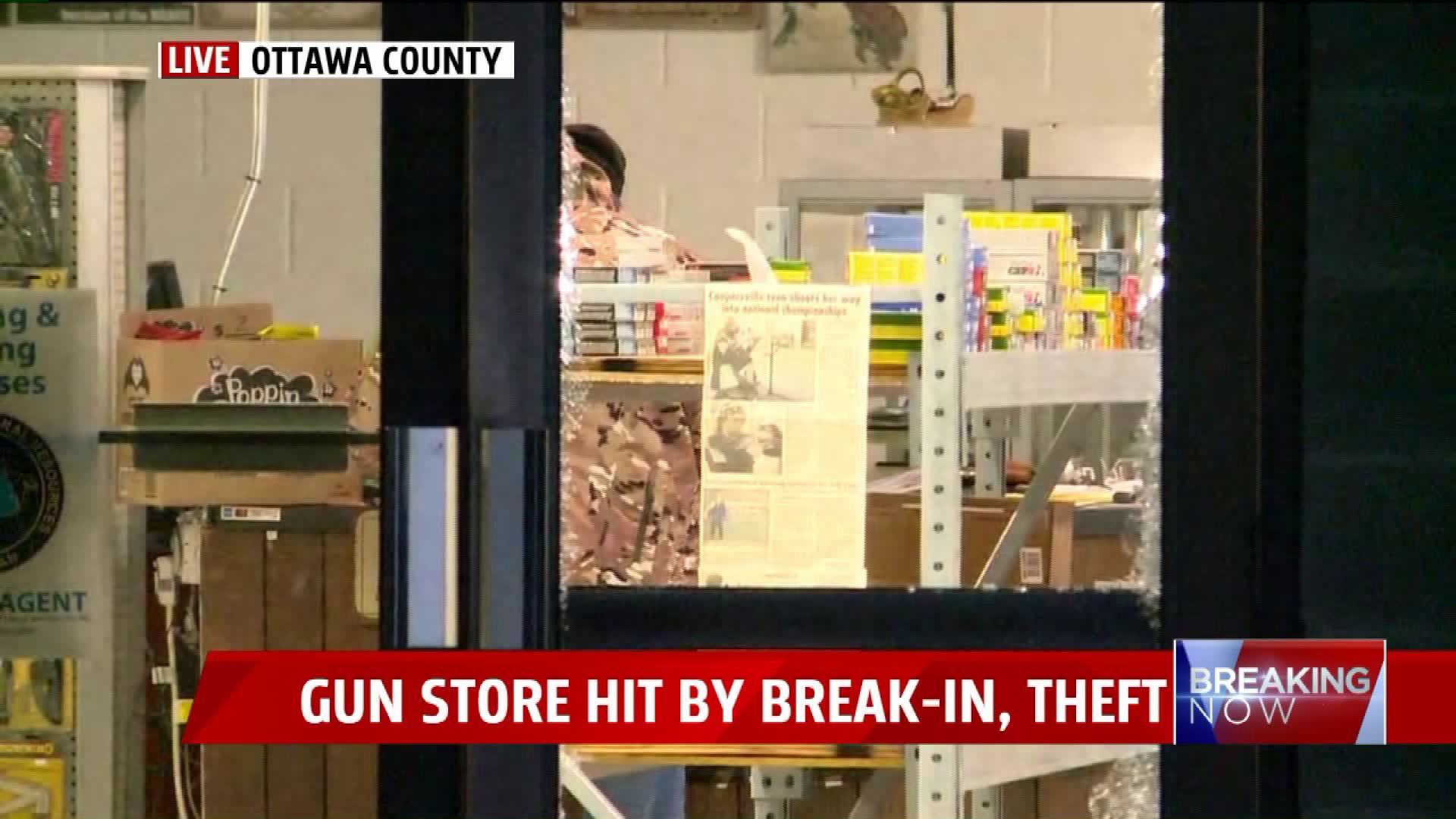 COOPERSVILLE, Mich. -- The Ottawa County Sheriff's Office is investigating after a gun store was broken into overnight.

It happened around 3:40 a.m. at the Palladium Gun Shop, 158 Eastmanville Street, in Coopersville.

Deputies say the store was broken into through its front door. The suspects made off with an undetermined amount of firearms.

A sheriff's office K9 was brought in and was able to track the suspects a short distance before losing them.

This incident remains under investigation by the sheriff's office.