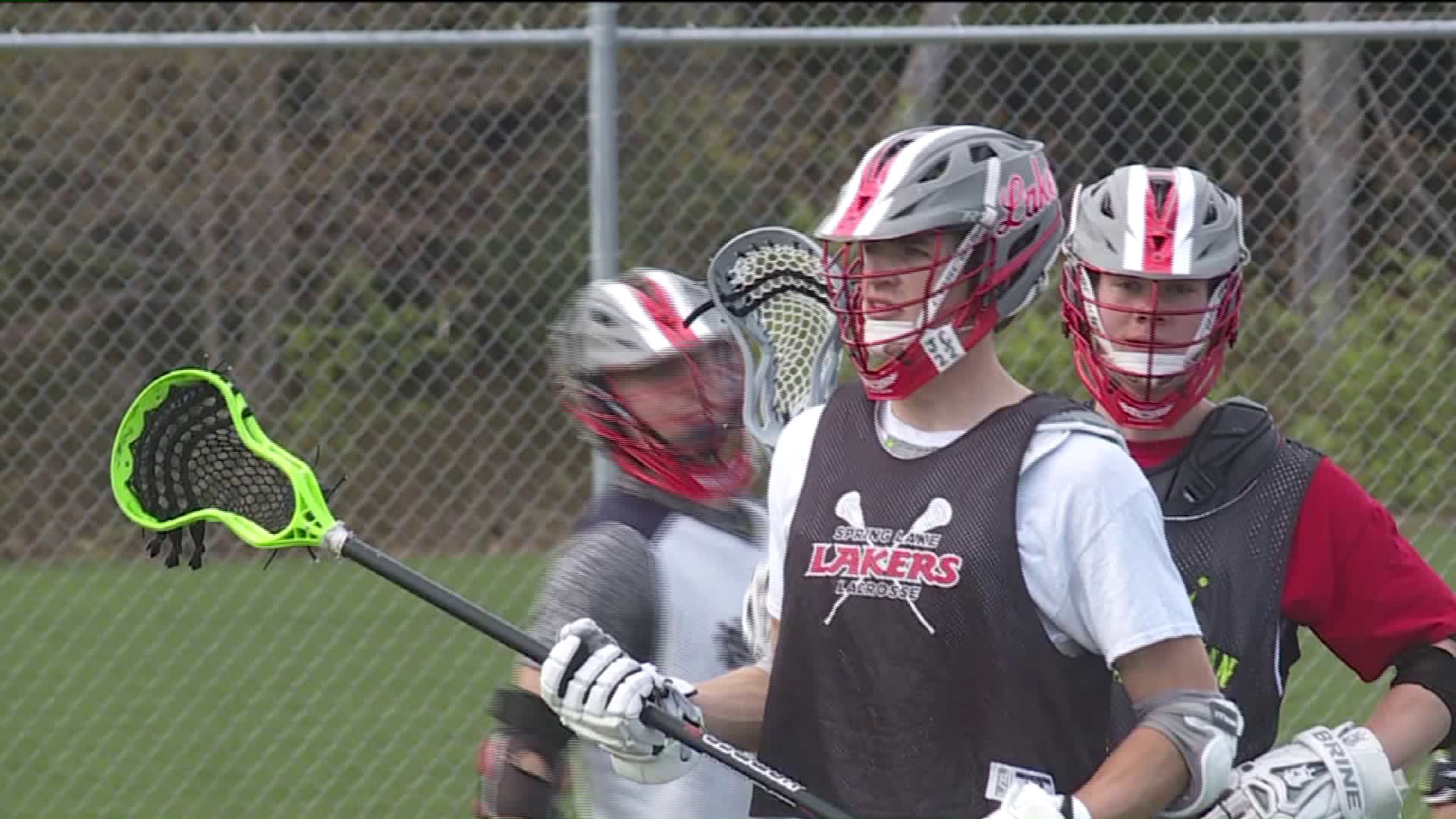 At 12-1, the Lakers are having their best season in school history

SPRING LAKE, Mich. -- In their 11th season as a program, the Spring Lake boys lacrosse team has found success, but it hasn't been an easy road.

"Lacrosse is a fairly new sport in West Michigan," said Lakers head coach, Doug Sharp. "There is no shortcut of how to get a kid from ground zero to a high level of competition."

After just two wins in the spring of 2017, the Lakers have turned the corner as a program, winning their first-ever conference championship this season.

"The guys on this team have been through it all," senior Noah Verlinde stated. "They've worked so hard since fifth grade, when we first started playing."

"I'm not going to act like I'm surprised with where we are today, because we've put in the time," Sharp continued. "We put in that work to build the program and build a culture of winning."

Sharp began the program in 2009 and has gone from starting from scratch to becoming an impressive program, now with more than 300 kids from the youth level all the way up to varsity.

"It's just kind of a testament to the program that coach has built and the culture that these guys have helped put in place," Verlinde said.

Verlinde has been a big reason for the Lakers' success this season and is the first player in program history to commit to play Division I lacrosse, as he gets set to play at Marquette University.

The Lakers began the season with two big goals: win a conference championship -- which has already been accomplished -- and win a regional title, which likely means they'll need to beat back-to-back state champion East Grand Rapids next week.

The Lakers will host the regional and, like nearly every other program in the area, they haven't fared well against the Pioneers.

"We've had kind of a history with them, so it's been on our mind," Verlinde said. "But we have to get through the first ones first."

The 12-1 Lakers will wrap up the regular season on Wednesday night against Forest Hills Eastern before getting into the regional tournament.