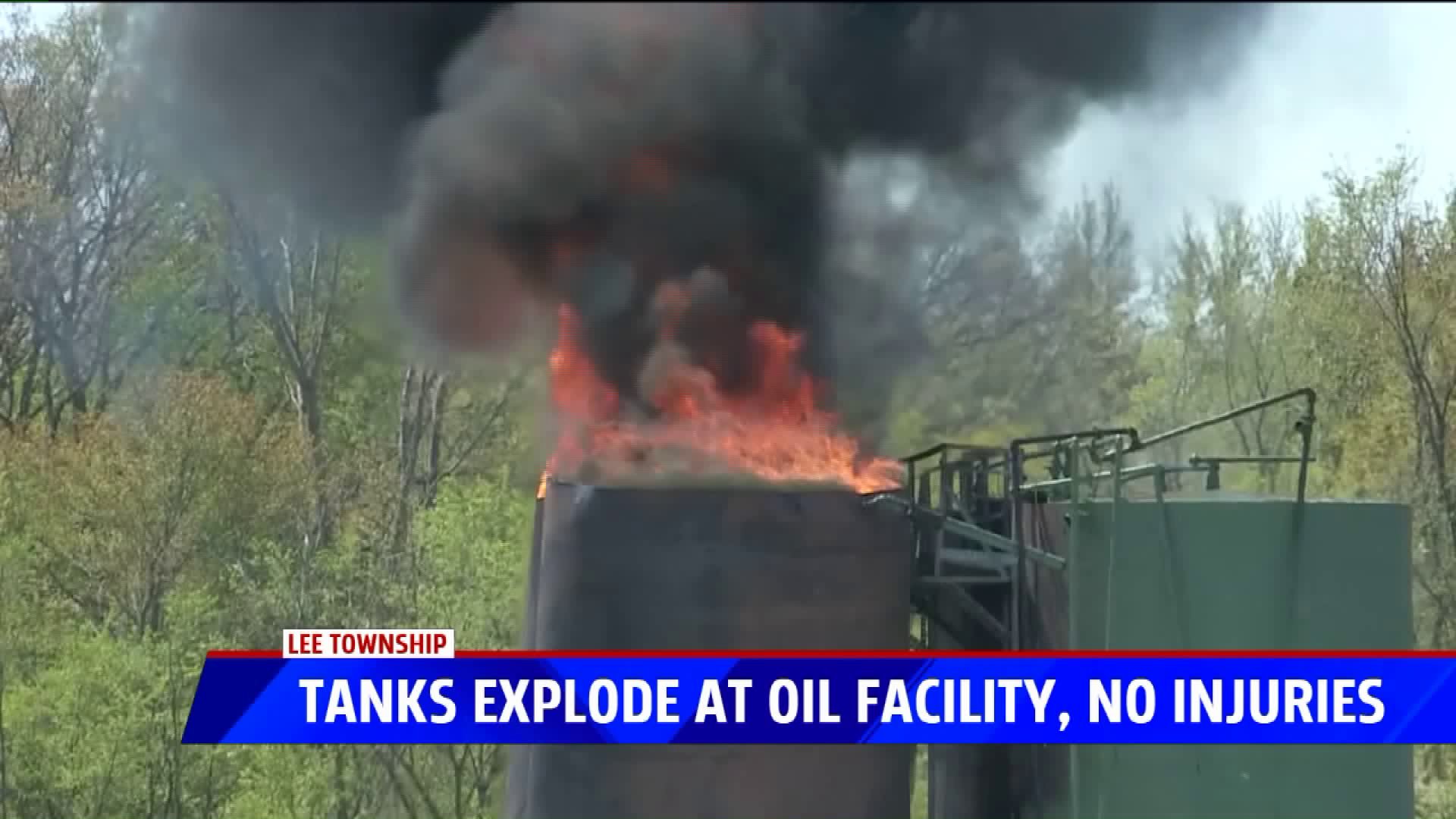 "At this point, we don’t know why they exploded," said Marengo Fire Department Fire Chief Art Blight. "But two tanks with crude oil in them have exploded, blew the tops off."

The explosion happened about noon in the 22000 block of M Drive near 23 Mile Road.  M Drive North was closed between 21 1/2 Mile Road and 23 Mile Road for a few hours. And by the afternoon both tops had been located.

"There’s three other tanks directly behind it. So we were cooling those so we didn’t have anymore tanks go off," Chief Blight said. "Then once we got everything arranged we put the foam on to put the fire out."

Crews from all over the county -- including Lee Township, Marshall Township, Albion Township and Sheridan and Parma -- all fought the fire. Chief Blight said they didn't have enough foam to put the fire out. So crews brought in water from a nearby lake.

"We set up a pumper at the lake," Chief Blight said. "Then as the truck would empty, it goes around the block, fills, circles around, dumps and they just keep that chain going, around and around."

There are no reports of any injuries.  Drone video from FOX 17 SkyView showed two tanks destroyed by the explosion and fire.

Investigators are still working to determine what caused the fire.

"It was a challenge," Chief Blight said. "We tried with the aerial, thinking we could go in the top but there was just not enough foam. So we did it the old fashion [way], hand-lines. And it worked."