From Zeeland Christian to baseball stardom, Berghorst and Mokma share the mound again 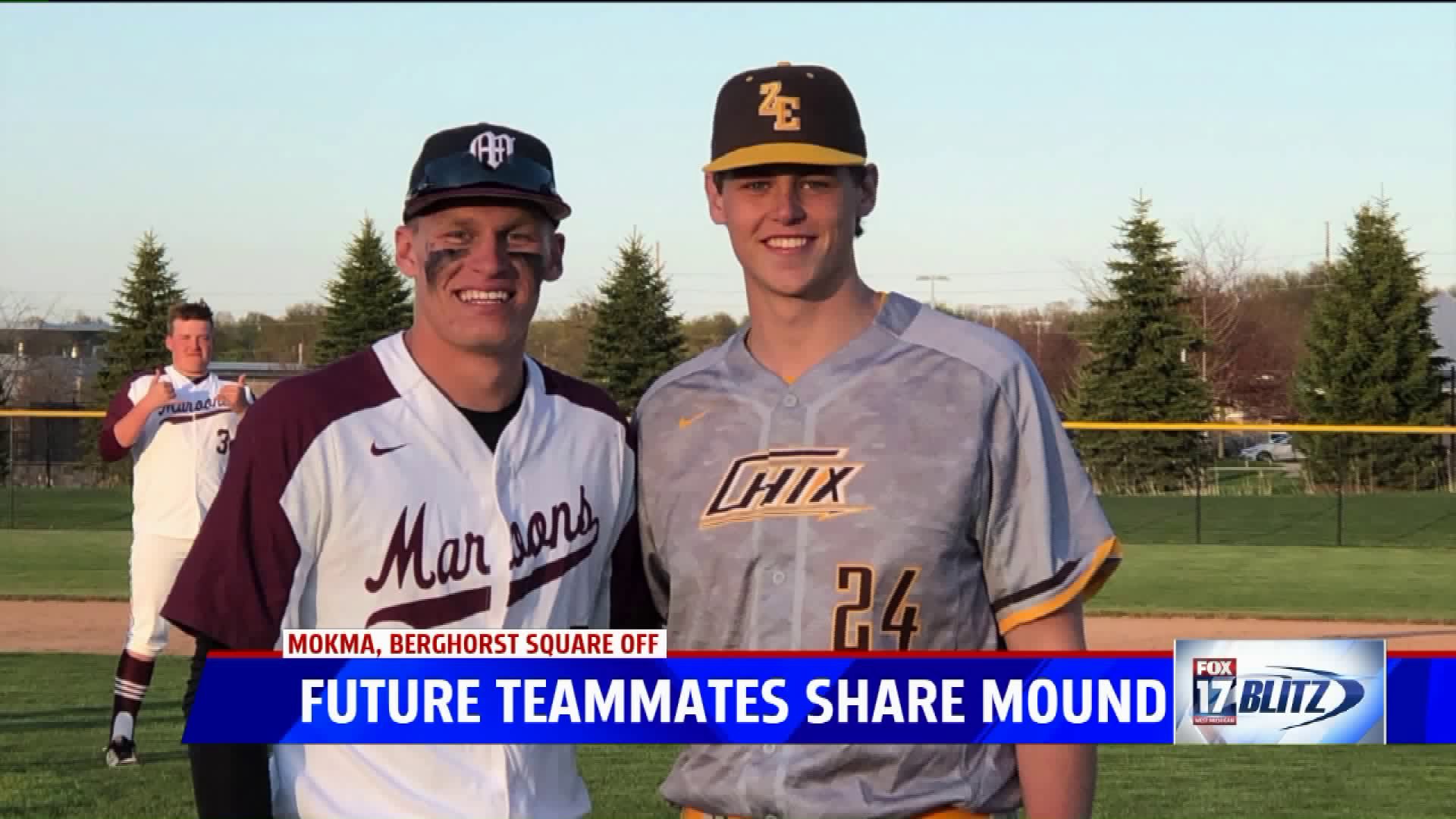 HOLLAND, Mich. -- Chris Mokma and Adam Berghorst attended Zeeland Christian elementary school together for three years. Now they're two of the most dominant pitchers in West Michigan, even garnering attention from Major League Baseball scouts. On Tuesday night, they squared off on the mound as Zeeland East met Holland Christian in a double-header.

"It's a huge competition between us going to the same school," Mokma said. "We're two really good pitchers in this area going at it. It's just great to compete against him every year."

"It was really cool and really exciting," Berghorst said. "It's really cool to throw against Chris ... so it's a very exciting moment. I'll remember it for a long time."

As usual, Mokma and Berghorst were dominant on the mound. Mokma even carried a perfect game into the seventh inning, while striking out 13. Meanwhile, Berghorst allowed just one earned run in five innings of work while striking out five, but at the plate, both struggled, as each of the pitchers set the other down on strikes.

"It was just good pitching, poor hitting kind of thing," Mokma laughed. "Obviously, we're both better pitchers than hitters, and I think that shows."

"It was pretty cool, just to go against him and see how good he really is," Berghorst smiled. "Then it was cool to get him back it's just a fun rivalry."

Both Mokma and Berghorst are throwing in the low to mid-90s and have each attracted MLB scouts to West Michigan. Both are also committed to play baseball next season at Michigan State, but that could change pending the outcome of the draft.

"As far as I know, a couple of teams are interested, and we'll see what happens in June," Mokma said.

A for an MLB team offers for a signing bonus, "It just depends on draft day and what the number is," Berghorst added. "It's definitely something to think about."

Those in attendance on Tuesday night saw how dominant Mokma and Berghorst both are on the mound, and the thought of them playing together in East Lansing is exciting.

"I think it's just cool two West Michigan kids are ending up at such a big school competing," the Holland Christian ace stated. "Him playing football and baseball and me playing baseball, just being together is such an amazing feeling."

"Hopefully, we can do a lot of good things there," Berghorst said. "Our coach even texted us today, just about stuff, and we're in the same group chat, and knowing we're throwing together is awesome stuff."

From Zeeland Christian Elementary to pitching stardom here in our area, Mokma and Berghorst will be names to watch in the coming years, no matter if it's in college at Michigan State or in a major league organization.