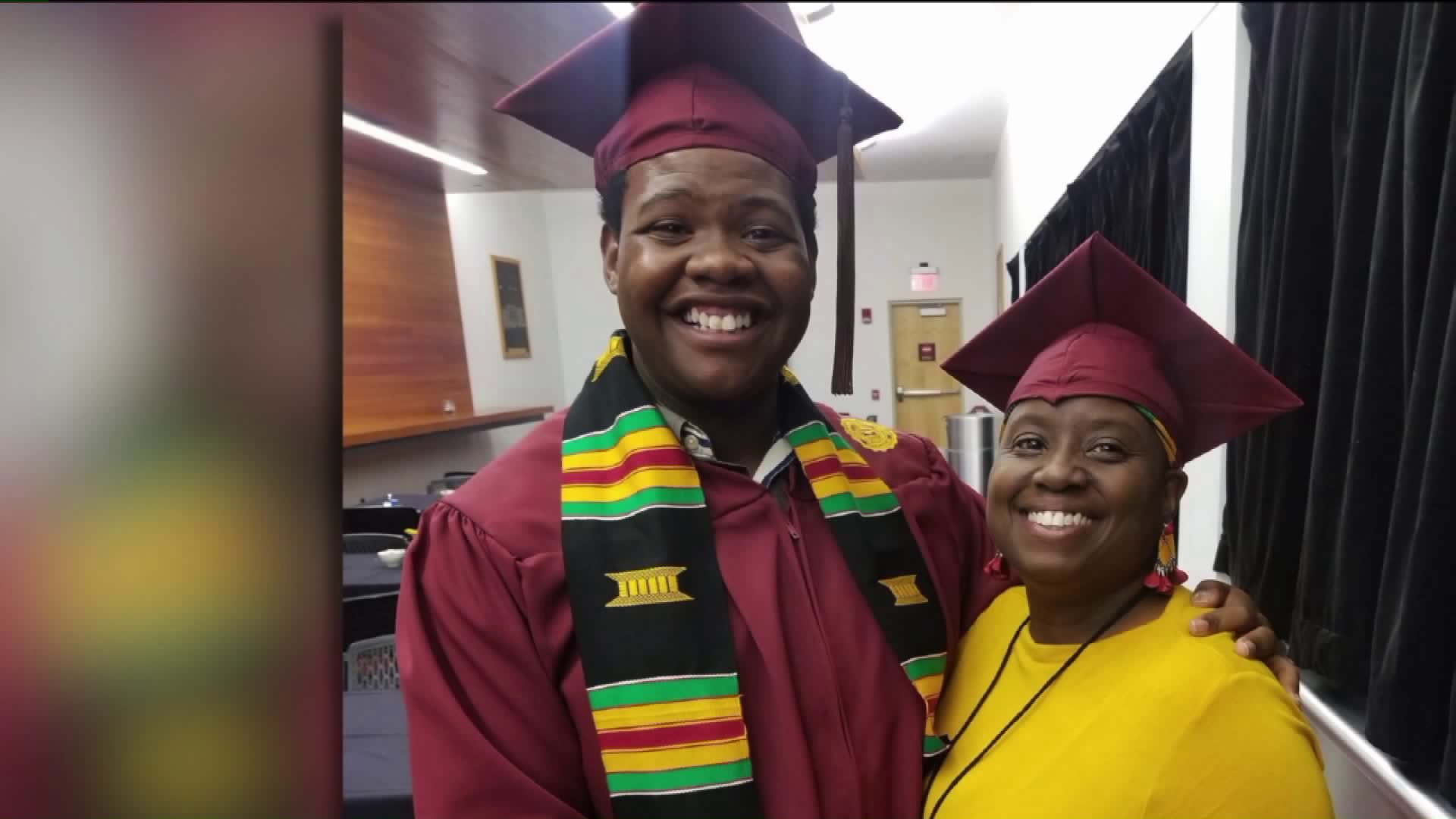 GRAND RAPIDS, Mich. — A mother and son got to graduate together earlier this month at Central Michigan University’s commencement ceremony.

Sharonda Wilson, now a graduate of Ferris State University, thought she was skipping her own ceremony to be in Mount Pleasant for her son’s.

Wilson says she always stressed the importance of education to her children, and she was going to see her son walk across the stage, even if it meant she wasn’t going to.

Instead, the university found a way to honor the mother who was making a sacrifice for her son, Stephan — bestowing her degree with him at her side.

“A rep from the president’s office came to approach me and asked me to stand with Stephan,” Shandra Wilson said.

She was then taken down to the floor to stand with her son.

“Then when it was my turn the young lady who escorted me handed me a cap and told me to start walking,” she said.

Stephan Wilson, who graduated with a degree in theater, said it was a surprise to both of them.

“In the moment, when I am an actor and they got to see me like not prepared at all, not rehearsed at all,” he said.

For mom, who isn’t used to being the center of attention, it was a brand new experience.

“I’m not used to being in the spotlight. So, I was kinda like numb as it was all going on,” she said.

Stephan Wilson already has a job lined up in Charleston, South Carolina, where he will teach and perform in the Charleston Stage theater. His mother will be applying for new opportunities at Mott Community College where she already works.