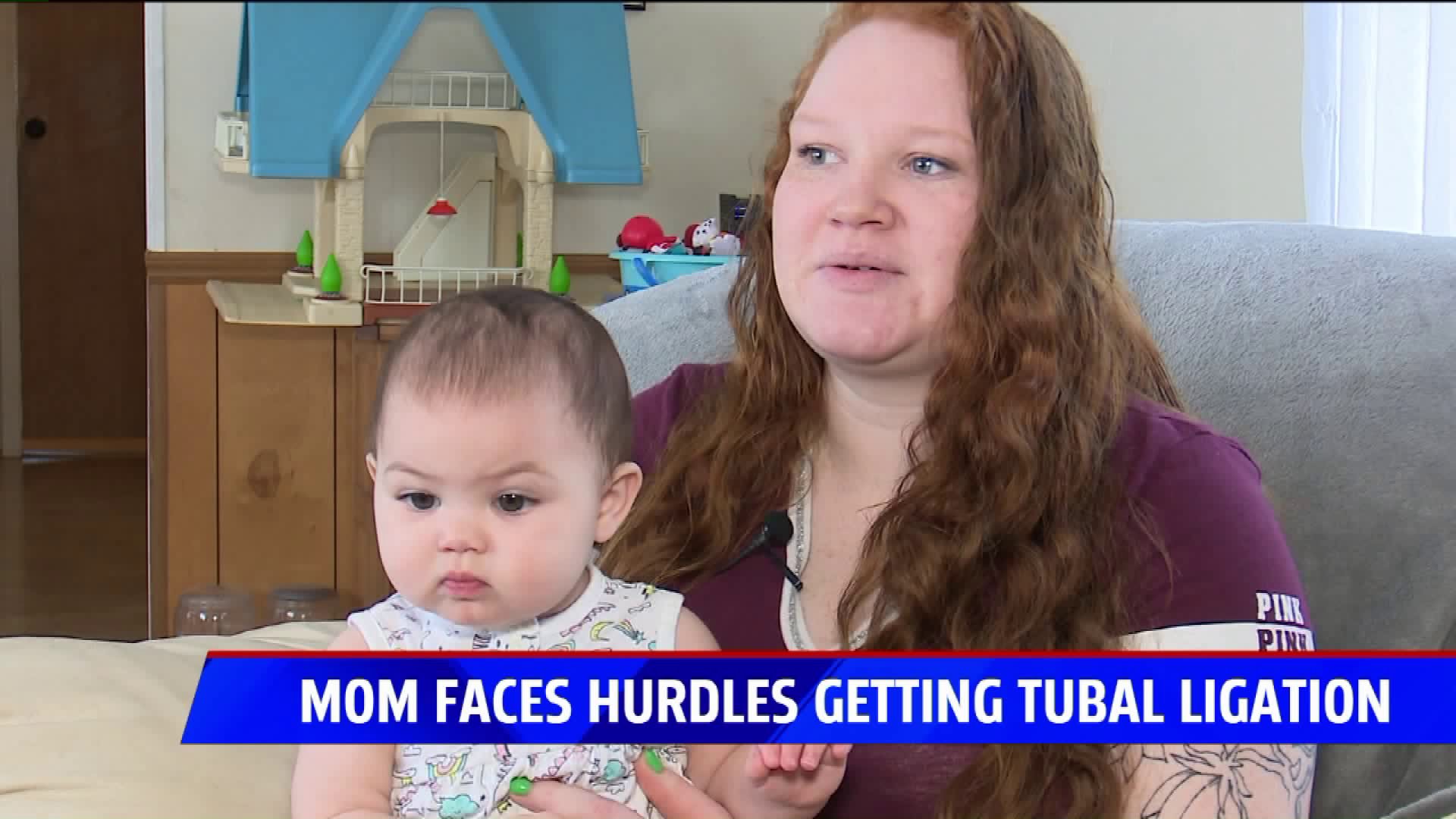 GRAND HAVEN, Mich. — It’s a controversy women are facing nationwide: when should they be able to get their tubes tied?

In Michigan, the procedure is only available to women 21 and older, if a doctor will agree. But, a 19-year-old single mother says she believes it should be up to her when she’s ready.

As a single mom with two children, Sarah Hall says she can't afford to have another child and her body just can't take it, so now she's looking to make a tough decision she feels she has a right to make: getting a tubal ligation.

After a sudden pregnancy from a failed IUD, she says she's sure about her decision.

"I had the birth control in place, obviously that didn't work and financially I don't think I can support another kid if it came up," says Hall.

It's a  problem many women face, but wanting to get a tubal ligation or "get your tubes tied" at Hall's age isn't as simple as asking for it.

"Even though you may be technically an adult at age 18 we recognize that people 18 are not fully cognitively formed yet," says Devin Schindler, a Western Michigan University law professor.

But even if it’s legally allowed, it can still be difficult for women to find a doctor willing to perform it at that age, especially if they haven’t had children yet.

"That's one of the big issues that we're facing right now," Schindler says. "We have generally recognized that doctors have the right to make that choice, to say 'I'm not going to participate because I have a sincere religious belief against a particular procedure.'"

The issue leaves women like Hall continuing to search for a doctor who will do the procedure that she says should be her right to choose, at any age.

"We know our body better than anybody else so just stand up for what you believe in if that's something that you want to do. Fight for it," Hall says.

At this time the age for male sterilization is also 21 in Michigan, but doctors refusing to move forward with the sterilization past 21 is not as likely as it is with women.