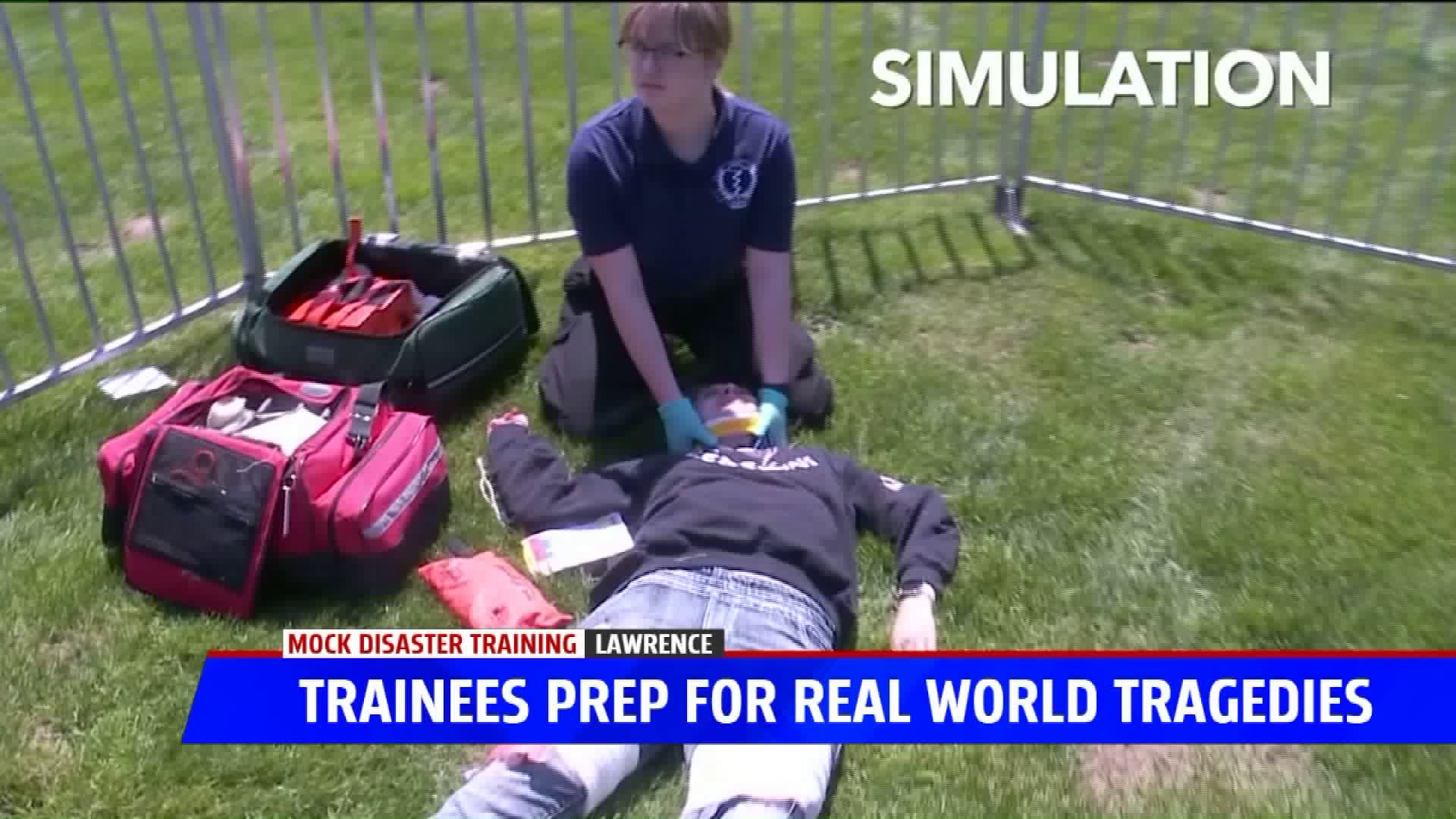 LAWRENCE, Mich. — Rosita Alonso had no idea what to expect when she showed up to the Van Buren County Technological Center on Wednesday. Her instructors didn’t give Alonso or her classmates any direction.

However, when the sirens went off and people began screaming, she jumped into action.

“I walked on scene and I was like ‘oh God’ like what it going on,” said Alonso, a senior at Hartford High School. “We’re just working together making sure these patients are getting up and out and get them to safety as much as possible.”

Alonso participated in a mock disaster training on the fields behind the center. She spent the school year studying law enforcement, she said. She was named fire captain in December in her fire science class.

Wednesday, was her last day of high school. It was also the day her skills were put to the test.

“It’s more of a practice for the real world,” Alonso said. “It’s just a big whirlwind of trouble.”

The trainees spent the afternoon learning how to navigate through a mock scenario: a tornado touching down during a carnival. The fields were filled with several bounce house, large rides and volunteer victims covered in fake blood and bruises.

“We pull everything from headlines,” said J.C. Robertson, chief EMS instructor at the center. “We’ve seen the headline over the last couple of months [of] tornadoes ripping through places. And so that’s what we’re training for. We’re training for the bad day.”

The trainees weren’t alone, he said. They worked alongside real-life police officers, firefighters and first responders asking them questions and taking direction.

The instructors were pleased.

“I’m gonna tell you I couldn't be happier,” said chief instructor Jeromy Robertson. “These are those days that you wait for. You say 'oh this is so awesome.' And this is one of those days.”

Alonso agreed. By the end of the training, she stabilized the scene and made sure all the patients were helped. She's been dreaming of doing in this work in the real world. She has state testing on Thursday and Saturday and hopes to one day get certified as an EMT.