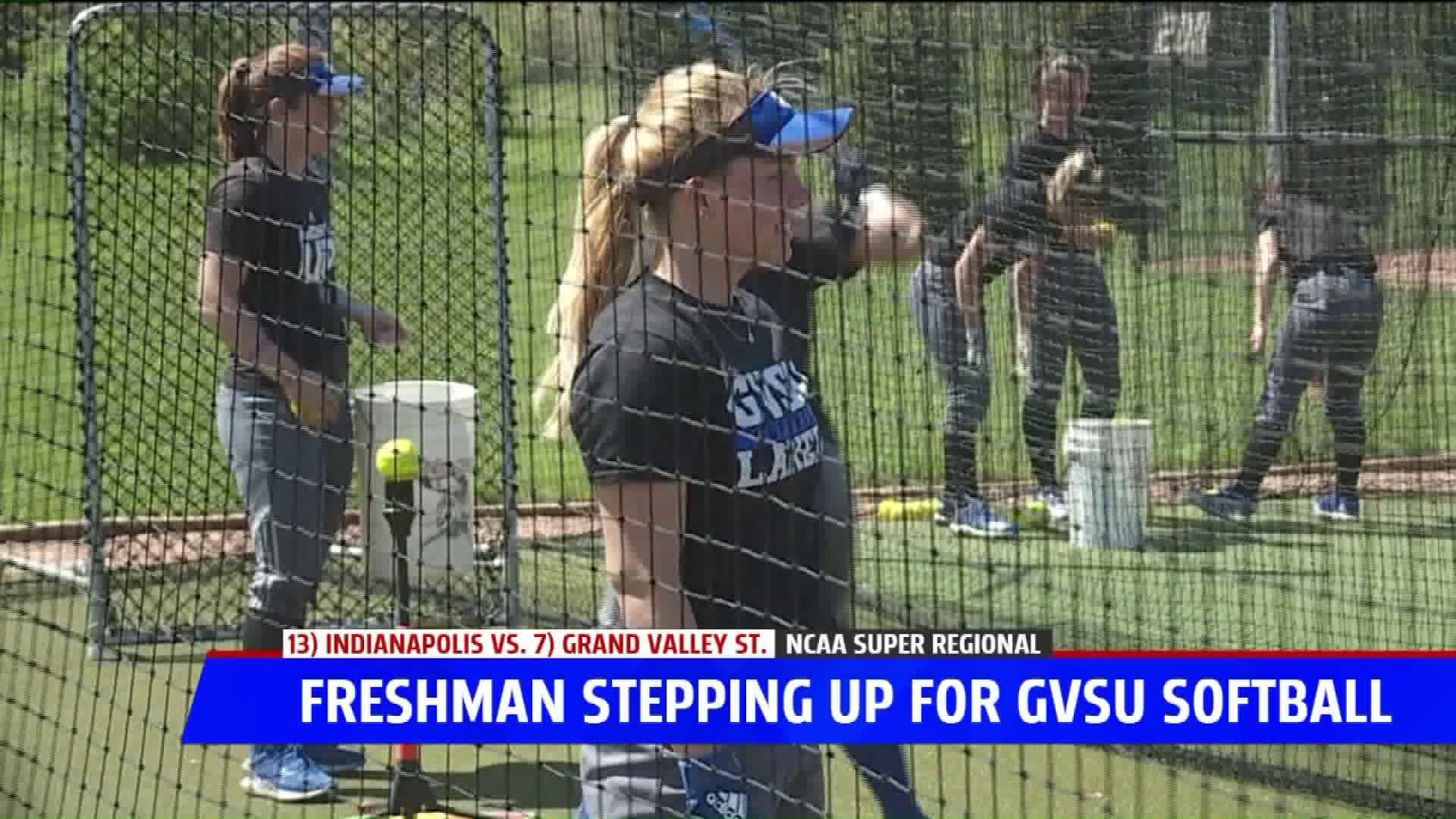 "Just trying to get a feel for things" Gehrls said.  "Freshman year all together is just a huge learning curve and I had no idea what to expect coming in."

"If I'm being completely honest I didn't see the field at all" Goble said.  "I thought I might get a chance to hit every now and then but I was not expecting anything."

But both have been right in the middle the Lakers 47-8 season so far, Gehrls as the teams number two pitcher and Goble leading the team in home runs and runs batted in.

"Its just been really fun" Goble added.   "The team has been very supportive always working hard during practice, always pushing me just to get better so it has been a really fun year."

"She has played a great third base for us defensively" 5th year head coach Dana Callihan said. "She's got the bats going for us she is hitting the three spot for us so she's got some high RBI numbers and things."

Gehrls played basketball for GVSU in the winter so she was a little behind when she joined the team, but due to injury she has gotten lots of opportunities in the circle and has delivered with a 10-2 record and 3.49 era.

"With Hannah B going out injured at the beginning of the year my role is to hopefully be able to help out the pitching staff a little bit" Gehrls added.  "I have been learning to accept that and taking on that role and trying to focus on that especially because I haven't been able to here all year I have been trying to just focus on pitching and trying to get up to speed with that so that."

The Lakers host Indianapolis in a best-of-three starting Thursday at 3 p.m. at the Grand Valley State softball field.