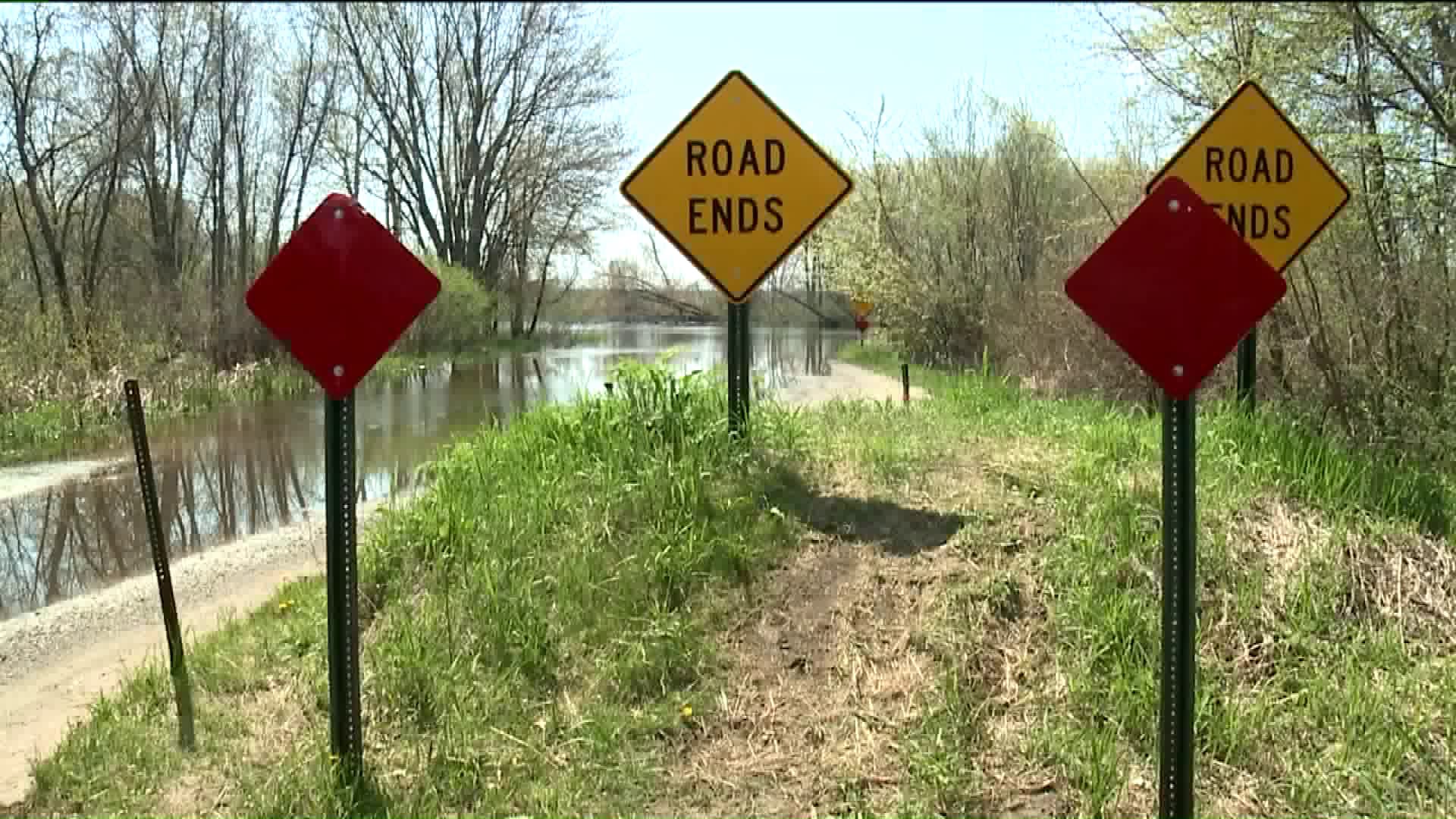 MUSKEGON TOWNSHIP, Mich. — Following the discovery of a 29-year-old's body in the Muskegon River, neighbors in the area are speaking out about flood waters that may have contributed to his death.

Jeff Scarbrough’s body was found Tuesday evening in his vehicle near a public boat launch on Creston Road in Muskegon Township.

Police say foul play is not suspected, and an autopsy is still pending.

Neighbors on Creston Road spoke to FOX 17 Wednesday about the road's condition throughout the year.

Jed Egolf, who lives just a few hundred feet from the boat launch says, “What I’ve experienced down here is people for some reason don’t realize there is a river here ... It's always high, every spring it always rains and gets flooded."

Police said Tuesday at least 10 vehicles have ended up in the river at that location.

There are currently multiple warning signs up along the road before reaching the river.  Neighbors in the area say those signs went up just a few years ago.

“I know it helped a lot of people too, because people from out of town and stuff don’t know that the river just dead ends right there," said Carl Garris.

Most neighbors that spoke with FOX 17 Wednesday believe there is, for the most part, sufficient signage warning drivers of the river danger.

"That's what I would do: put a lit sign with a red flashing light or something, maybe that would help. That's the only thing I think would help. Otherwise you just have to close it off.”