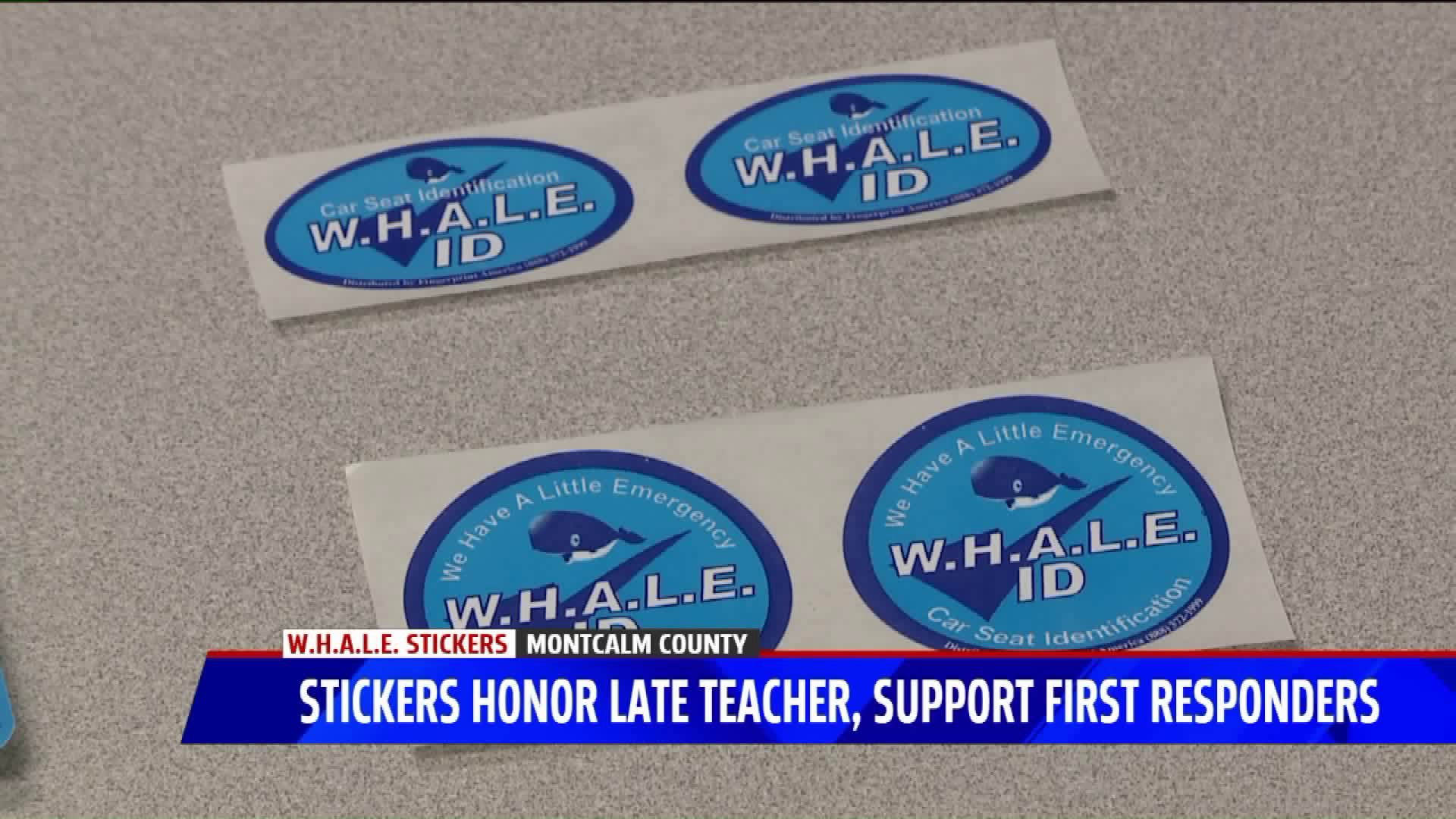 STANTON, Mich. — It’s been nearly seven months since Shelly Gilman was killed in a crash in Montcalm County.

Even though she is gone, her legacy lives on thanks to her family members, who are using a simple sticker as a way to honor her memory and help other families in a time of need.

The crash happened last October on M-91 in Montcalm Township when she was hit by an oncoming truck that crossed the centerline.

Her 19-month-old granddaughter was in the backseat during the crash and wasn’t hurt, but first responders didn’t know her identity until they reached the hospital — something Gilman’s family is hoping these stickers will change.

The W.H.A.L.E. stickers, or we have a little emergency, spell out everything first responders need to know, from identity to contact numbers to allergies and date of birth.

“This is going to be something that is really going to fill the gap in for the first responders and provide information immediately for those victims,” said Montcalm County Sheriff Michael Williams.

Gilman’s husband, Bob Gilman, is hoping people using the stickers will avoid the situation his family was in last year.

“I have eleven grandkids myself … so I know what that is about, it means more to me now since it has actually happened to my family, and I don’t want it to happen to other people’s family,” he said.

Anyone can get the stickers for free from the Montcalm County Sheriff’s Department, which will also be handed out at a public safety celebration from 9 a.m. to noon Saturday at 659 N State St. in Stanton.

“We are not charging anybody. We paid for the initial batch of them out of our budget, out of the sheriff office’s budget and I suspect that we will have donations to continue it,” Williams said.