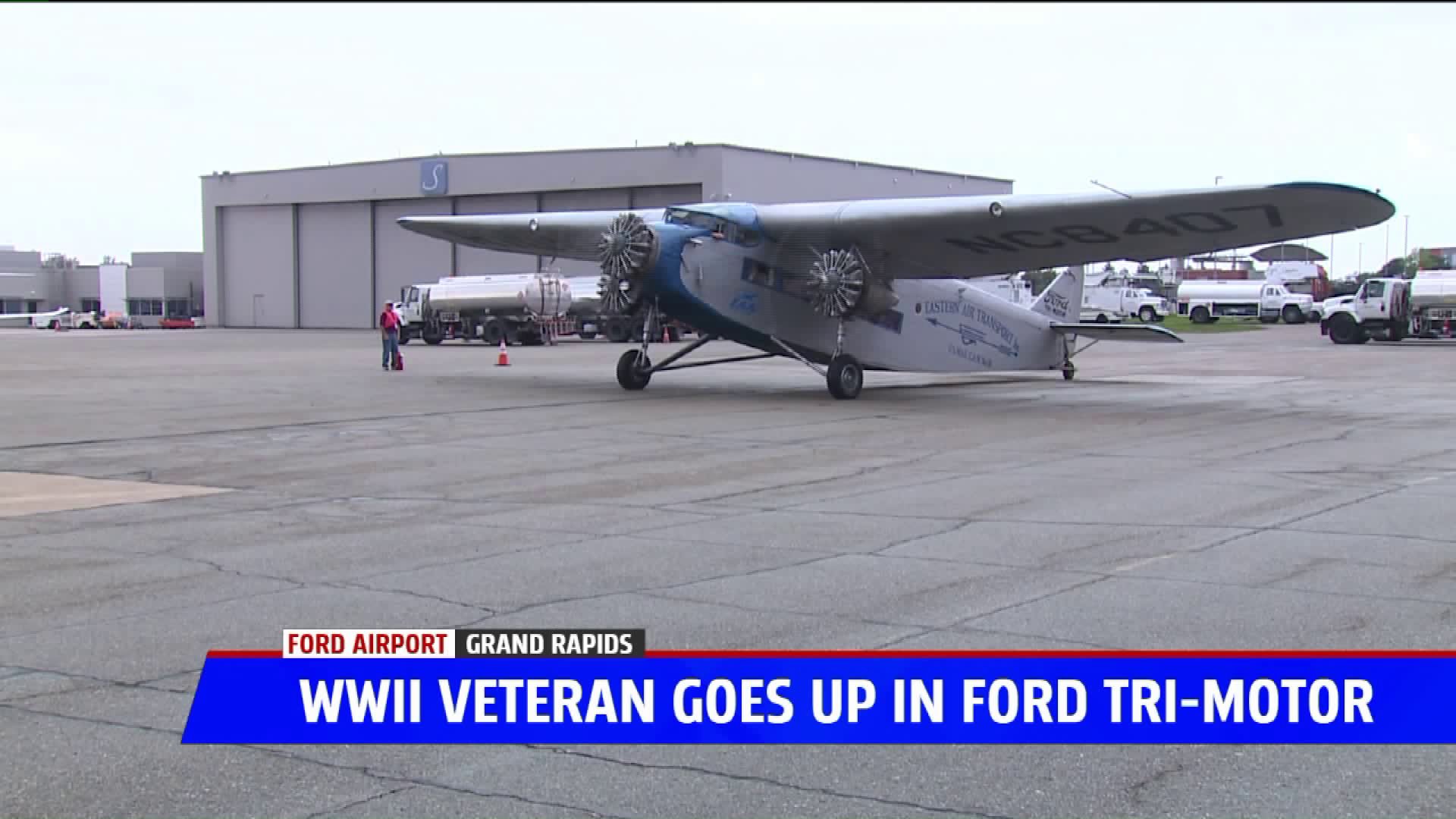 CASCADE TOWNSHIP, Mich. — A piece of history was flying at the Gerald R. Ford International Airport on Thursday.

One of the few remaining 1929 Ford Tri-Motor airplanes was taking off, and a World War II veteran was there to take flight in the model that got him into the sky for the first time.

Russel Hilding was 17 when he took his first airplane ride in the same model. At 19, he decided to become a pilot himself.

"I flew B-17s," Hilding said. "Out of England, actually. Our targets were all in Europe, in Germany and France."

At one point during his service, he was captured and taken to a prison camp after taking down more than a dozen targets.

After the war, the 98-year-old said he continued to fly for years until recently.

He knows there aren't many planes, or guys, like him left out there.

“Yeah, not many. Old time, going by,” Hilding said.

That is why it’s important for the 90-year-old 18-cylinder engine to keep going.

“When history goes away, a lot of knowledge goes away with it,” volunteer Gregg Kaat said.

Russel has a lot of knowledge to pass on.

“I don’t know. Keeping active. Do what you like. Do it,” Hilding said.

While the future is still up in the air, Hilding is proof the landing is smooth.