Amateur beekeeper drives across the region in search of honeybees 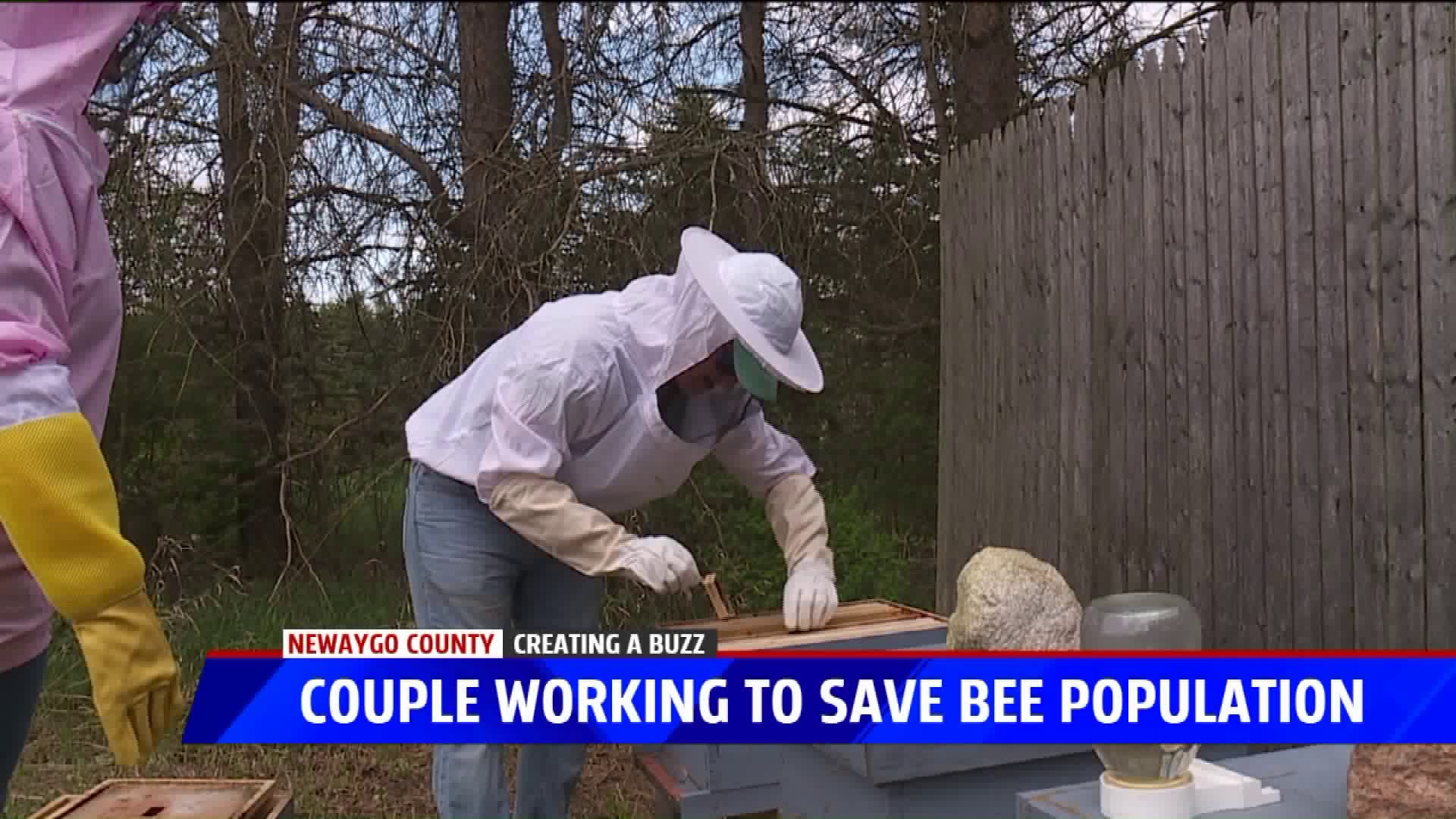 CROTON TOWNSHIP, Mich. — Ryan and Megan Welsh have slowly been growing their farm since they first purchased their property in rural Newaygo County.

Two years ago, the couple decided to add bees to their growing list of animals.

"He brought it up one day, and I thought it was a good idea," said Megan Welsh.

On Thursday, Ryan Welsh purchased thousands of bees to add to the hives they already have. In one box, there are 20,000 honeybees.

"The hope is to grow the hives exponentially," said Ryan Welsh. "The hope is that five or six years from now, we have 100 hives."

He is also searching for honeybee swarms in West Michigan and is willing to travel within an hour radius to come take a swarm off people's properties.

A swarm is when a queen bee travels with half of her original hive to establish a new one. Typically, bees will relocate within a day or so when creating a swarm.

Ryan Welsh says most people tend to kill swarms when they are discovered. He believes his efforts are helping the bee population in West Michigan.

"It's basically to protect bees first of all because a lot of people get scared right off the bat. Their first reaction is to kill the bees," said Ryan Welsh. "If I can come in, I'll come in for free, take the bees and put them in a hive."

If you'd like to get in touch with Welsh about a swarm on your property, you can contact him on his Facebook page. If you'd like to find other beekeepers in your area, you can reach out to Michigan State University or the Michigan Beekeeper's Association.