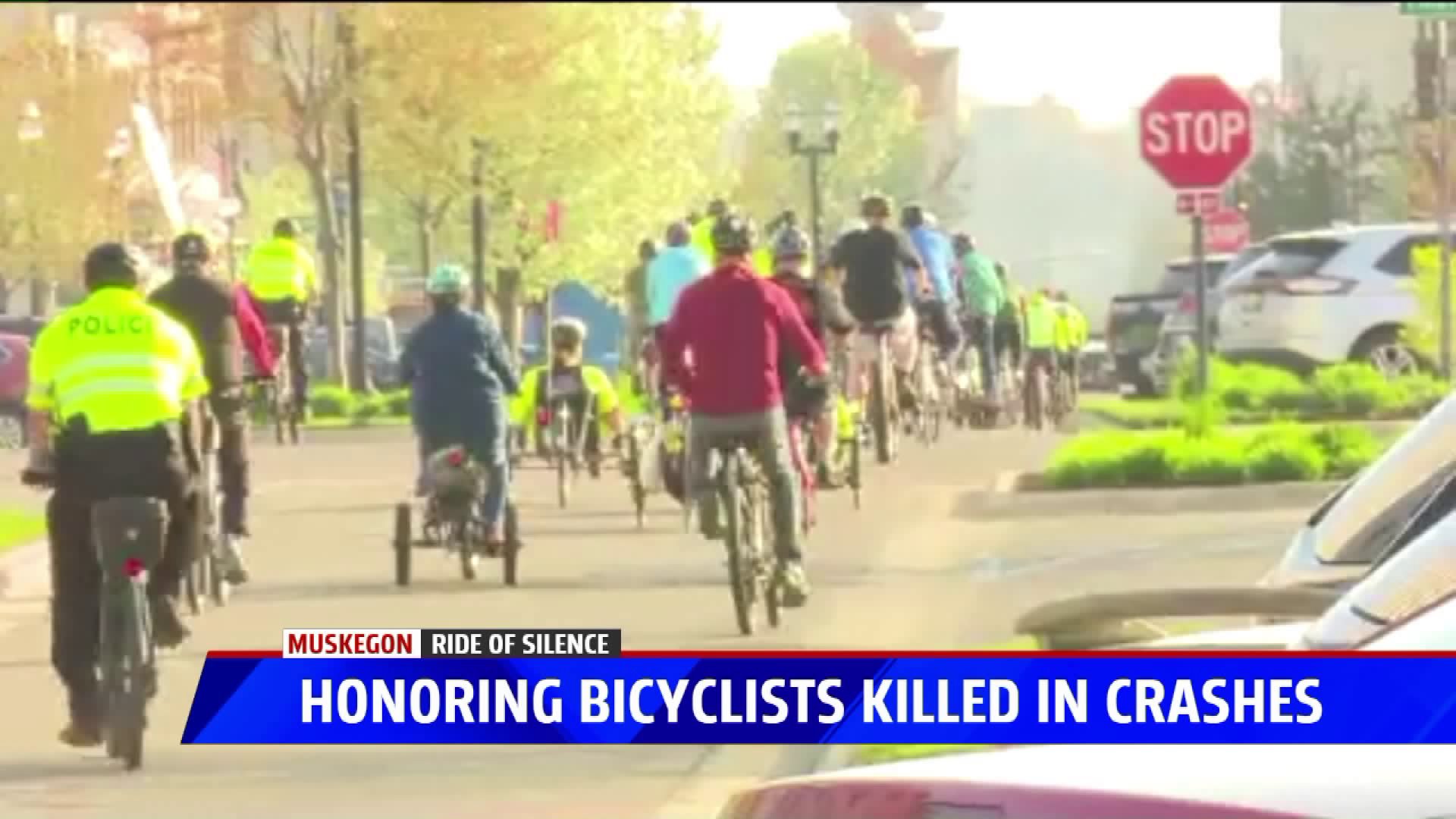 MUSKEGON, Mich. -- A strong show of support for bicyclists killed by cars each year at the Muskegon Ride of Silence Wednesday night.

The ride started at 7 p.m. at the Muskegon Farmer's Market with bicyclists traveling silently to honor the victims killed by pedestrians each year.

The most recent National Highway Traffic Safety numbers showed 783 cyclists died in crashes across the country in 2017, a number that`s been going up for some time.

This was the 17th year for the event internationally and the eight year the city of Muskegon has taken part.