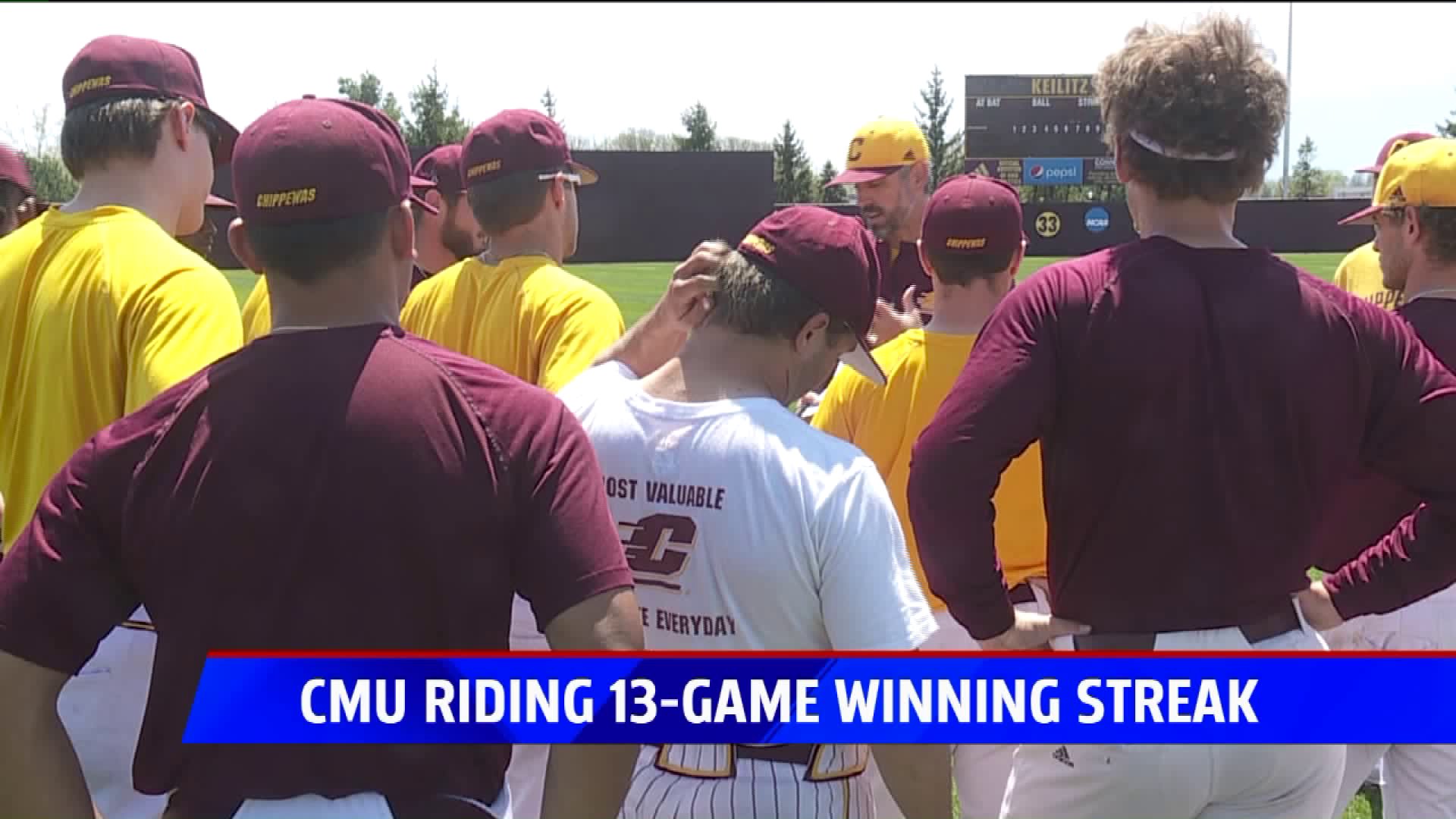 The Chippewas are alone in first place in the Mid-American Conference with just two games left in the regular season. At 41-12 overall, they have garnered some national recognition reaching 24th in the country in the most recent Collegiate Baseball poll.

"We don't talk a lot, especially early in the year, about wins and losses or record we just try and get better everyday buy into what we are doing" first-year head coach Jordan Bischel said. "It's never easy having a coaching change and nine seniors with a new coach and starting over going into your senior year and they have really responded well."

Friday pitcher and Jenison native Pat Leatherman said the team has even surpassed its own expectations.

"It's really just been this ten games mentality that coach has implemented where ten games kind of separates the best and worst teams in the country" the schools all-time strikeout leader said. "If you can find a way to be an average team and scrap together ten games you are in kind of that top category of teams in the country so that is kind of what we have gone in thinking that we are an average team but we need to scrap together games."

CMU hosts Miami again on Friday and Saturday before heading to the MAC tournament next weekend in Avon, Ohio.