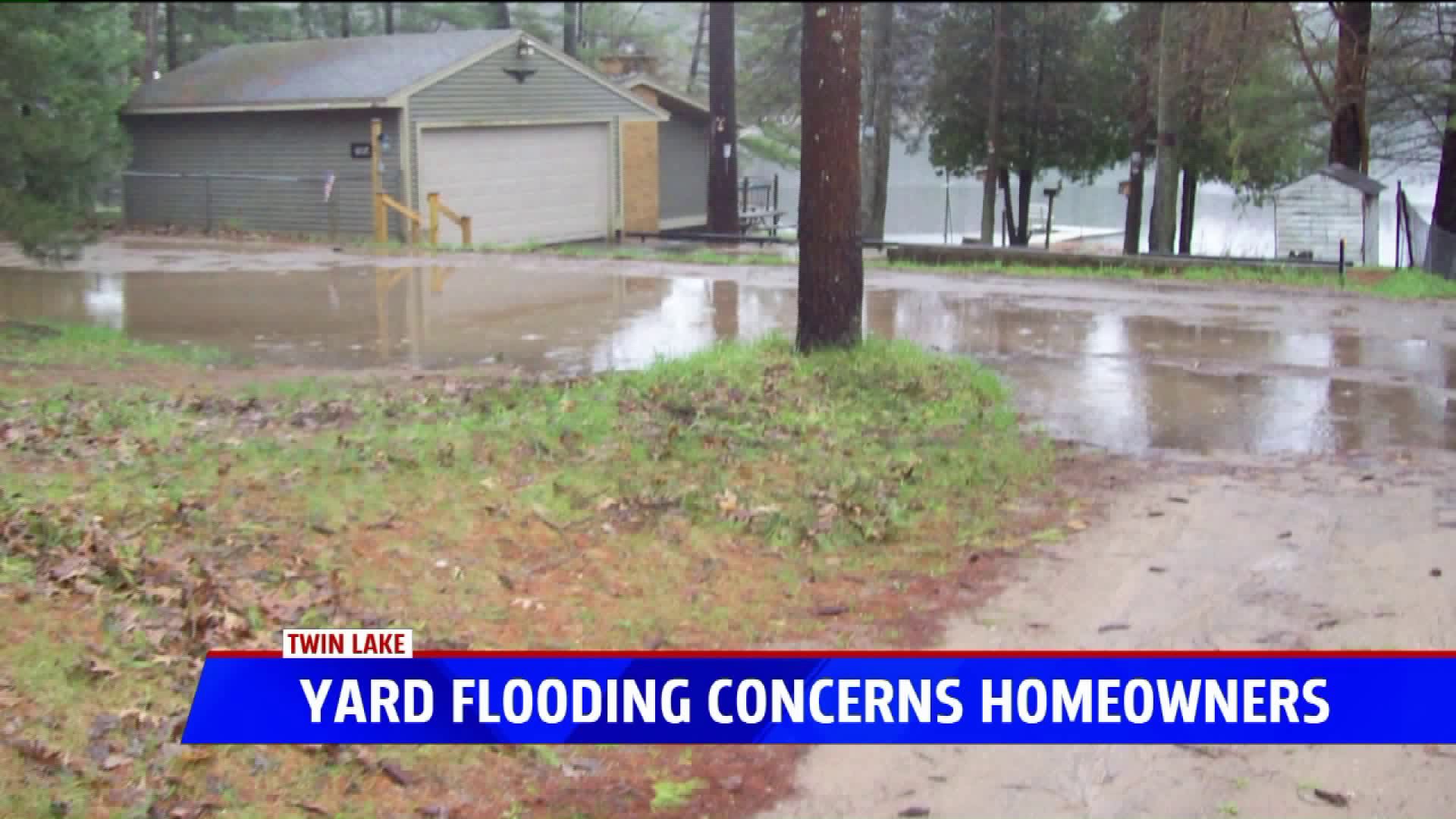 TWIN LAKE, Mich. — Homeowners living on Clear Lake are sick of dealing with flooding they say is due to their road being repeatedly raised.

Larry and Jillene Douglas say they didn't have to worry about flooding when they moved into their neighborhood over 30 years ago. They say their issues arose only after the county road commission raised the height of the small one-lane road they live on.

“I might have to move, and I don’t want to move," Jillene Douglas told FOX 17.

Larry Douglas says his front yard used to sit well-above the road level. Now it sits several inches below the road. According to Monte Jacobson, a neighbor of the Douglases, the road has been raised about 26 inches over the last several years.

Now the families living near the intersection of 11th Street and Brown Avenue worry constantly about water pooling in their yards.

They say it happens just about every time it rains.

“This was a few years ago, but it was flooded to the point that a huge mud turtle had probably worked himself out of the lake and he was swimming down the road,” Jacobson says. “They just dump loose gravel up there and then they push it down with their grade truck and just keep filling it and building it.”

Larry Douglas and his neighbors have considered all sorts of options for fixing their road.

“I’ve even discussed building a wall there blocking it from the road, but that's not going to fix the issue either,” he said.