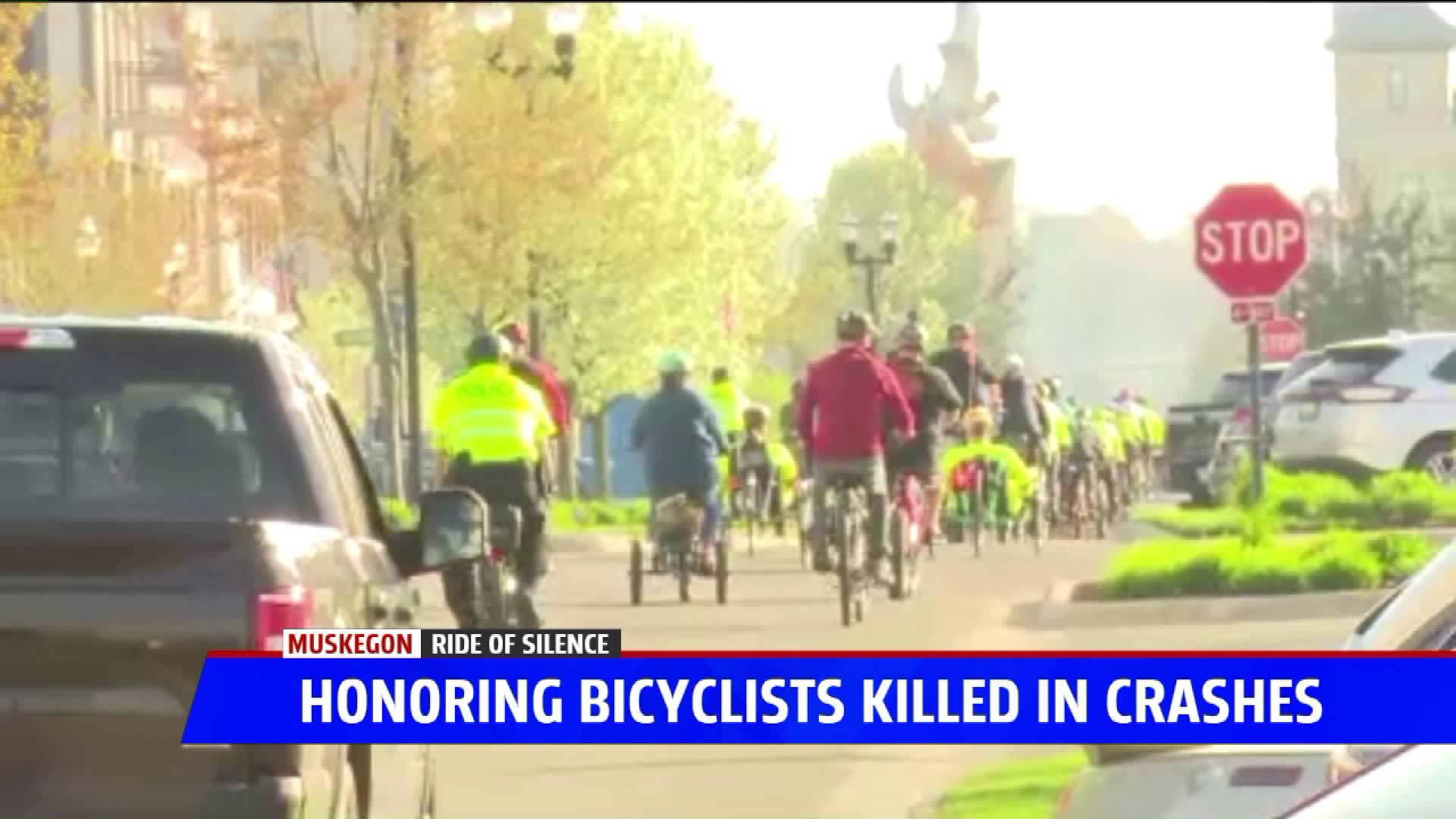 MUSKEGON, Mich. – It was a silent but potent statement made by cyclists nationwide during the 17th annual Ride for Silence.

Avid riders become activists from the seat of their bikes Wednesday, without saying a word. In 20 countries and 47 U.S. states, cyclists ride together silently to raise awareness for bicyclist safety on the 3rd Wednesday of every May.

The most recent NHTSA data from 2017 shows 783 cyclists in the U.S. died in crashes on the road.

With the Kalamazoo bicycle accident still within recent memory, it’s a danger many around West Michigan are wary of.  From Grand Rapids, in its 14th year of the event, to Muskegon in its 8th, communities around the area took to the streets to pedal out a few miles to raise awareness on sharing the road.

“There have been less accidents in Muskegon County in the last two years, that’s a good thing,” said Lindup. “There’s still people getting killed, still getting hurt, which is bad. But the awareness of the motorists is getting better. They know they’ve got to share the road.”

To find more information on Ride for Silence, click here.