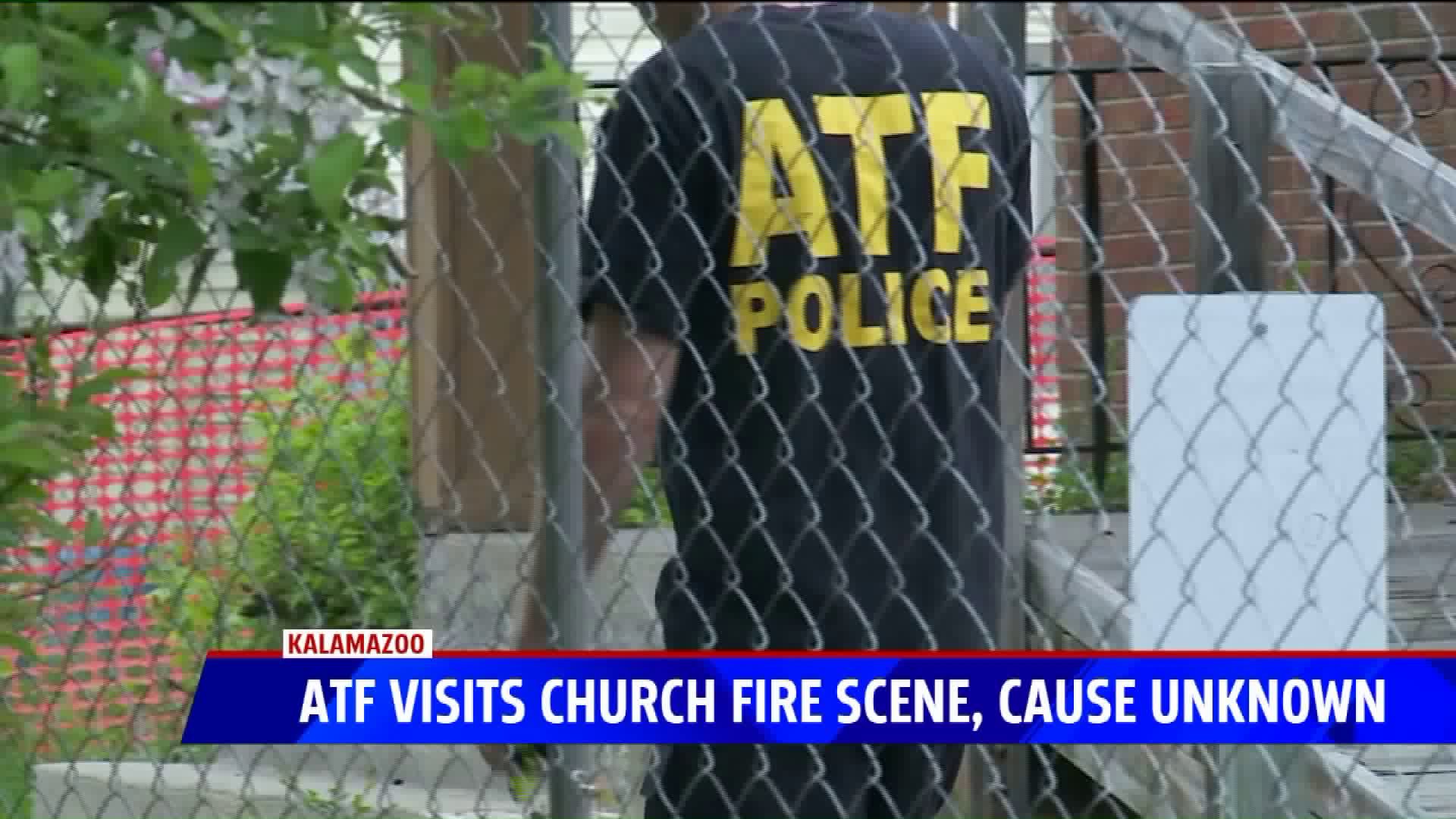 KALAMAZOO, Mich. — Federal agents with the Buearu of Alcohol, Tobacco, Firearms and Explosives were at the site of the church fire on Phelps street Friday.

The agents said that it’s standard protocol for the bureau to investigate all church fires because of the possibility that it may be a hate crime.

According to Kalamazoo Public Safety, the Open Door Church of God in Christ caught on fire Wednesday around 1:30 p.m. Officers told us then that when they arrived, the roof had already caved in just before the walls began to crumble.

Since then, authorities have been investigating the fire. No injuries were reported.