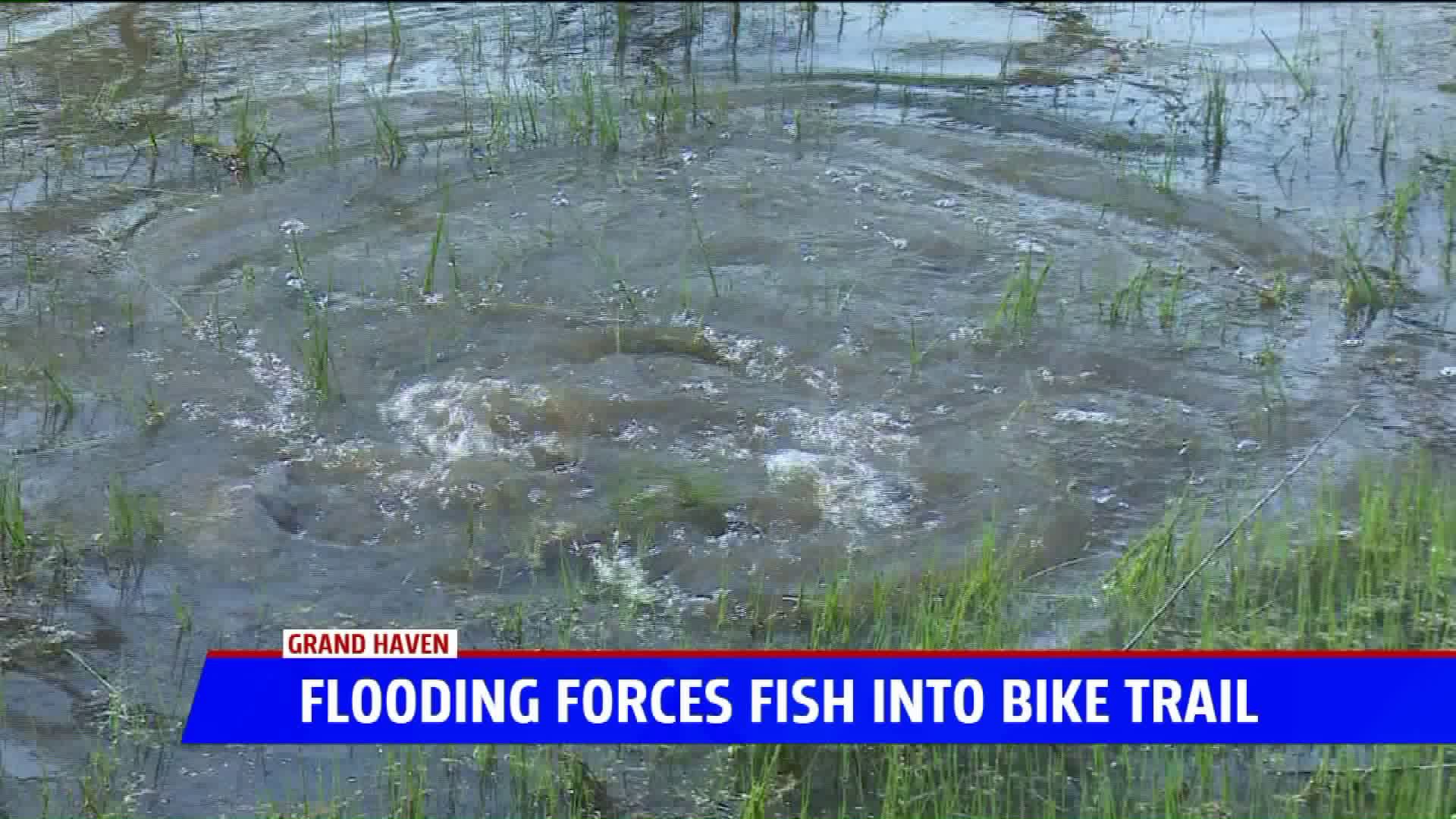 GRAND HAVEN, Mich. — Recent flooding has brought a number of problems to West Michigan, but in Grand Haven it's causing a unique situation.

Carp isn’t considered a prize fish, but seeing a whole bunch of them was certainly a surprise for many who walked around the Harbor Island Boat Launch this week.

"We come out here every day because the island offers something amazing every single day," Grand Haven Resident Toni Williams said.

Friday's "something amazing" was truly different, catching a lot of people by surprise.

Williams took a photo of the carp in between the white lines where cars are typically parked.

They aren’t just in the parking lot, the nearby bike path and sidewalk is flooded too. A handful of big carp are stranded in the water there.

"We just don’t see this, this is weird. If anyone has a nice big net come and scoop these carp out and put them back in the pond," Williams, added.