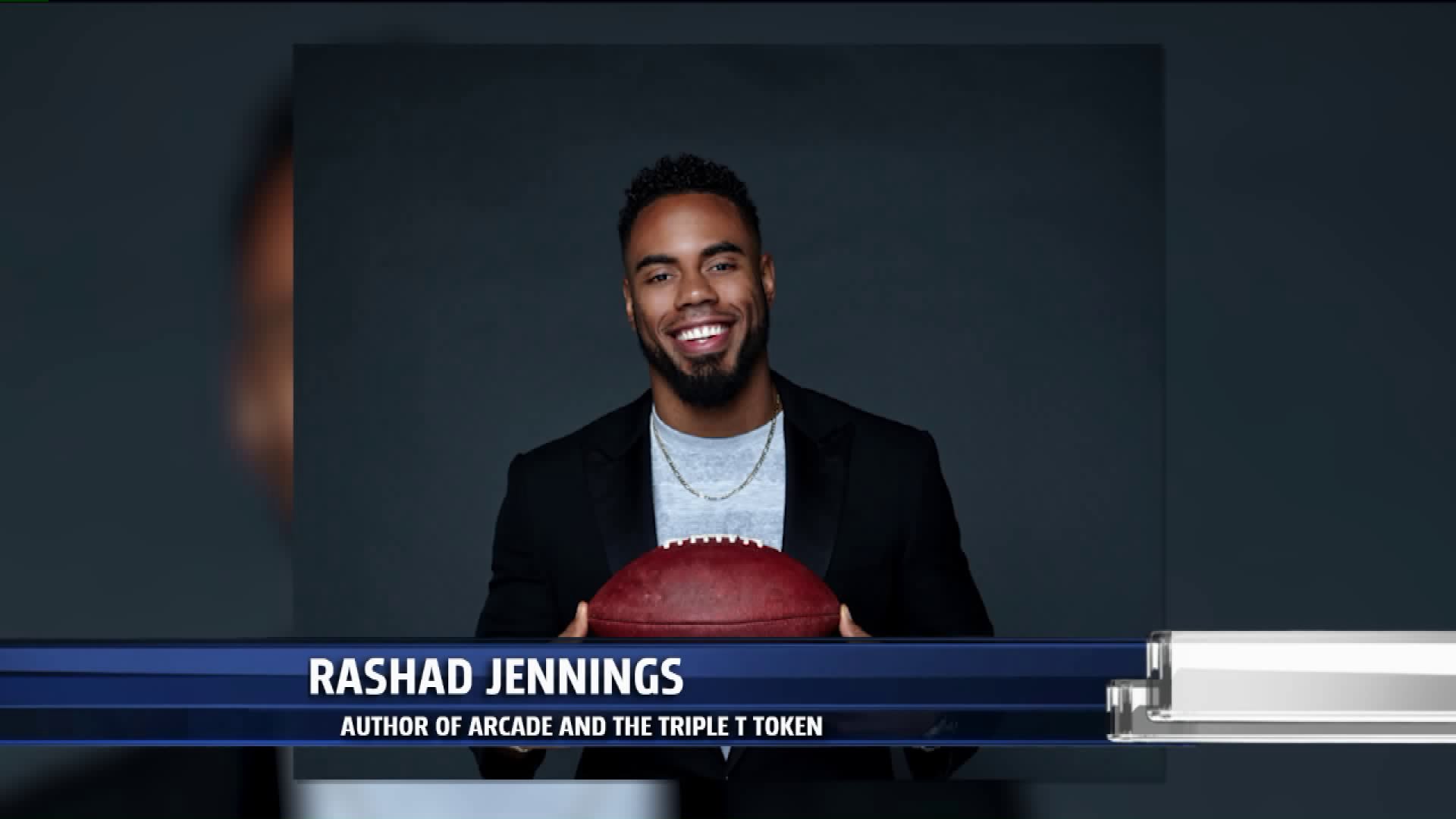 From football cleats to dancing shoes, Rashad Jennings has no doubt proven his talents. Now he can add award-winning author to his list of accomplishments.

Rashad Jennings came on the Fox 17 Morning Mix to talk about his latest project, Arcade and the Triple T Token, and reflect on what has gotten him this far in his career.

Jennings first started out as a running back with the New York Giants, then went on to appear on Dancing with the Stars, winning season 24.  He is now authoring books, inspiring people of all ages with his message of hope, resilience and how to face challenges.  His book is Arcade and the Triple T Token, written for kids ages 8-12, part of a new series, The Coin Slot Chronicles.

In the foreword of this book series for kids, and in a book he wrote in 2018, The If in Life, which hit the New York Times bestseller list, his wish for kids is to help them see that day in their life where they finally decide in their hearts that “no matter what it takes, I am going to be the best version of myself.”  Jennings wrote this forward because he had a turning point in his life at a young age, changing his perspective on football and school.

The second book of The Coin Slot Chronicles will be out in September, called Arcade and the Golden Travel Guide, and he is currently finishing up edits on book 3 and 4.

To learn more about the work Rashad Jennings has accomplished, and The Coin Slot Chronicles, visit RashadJennings.com.