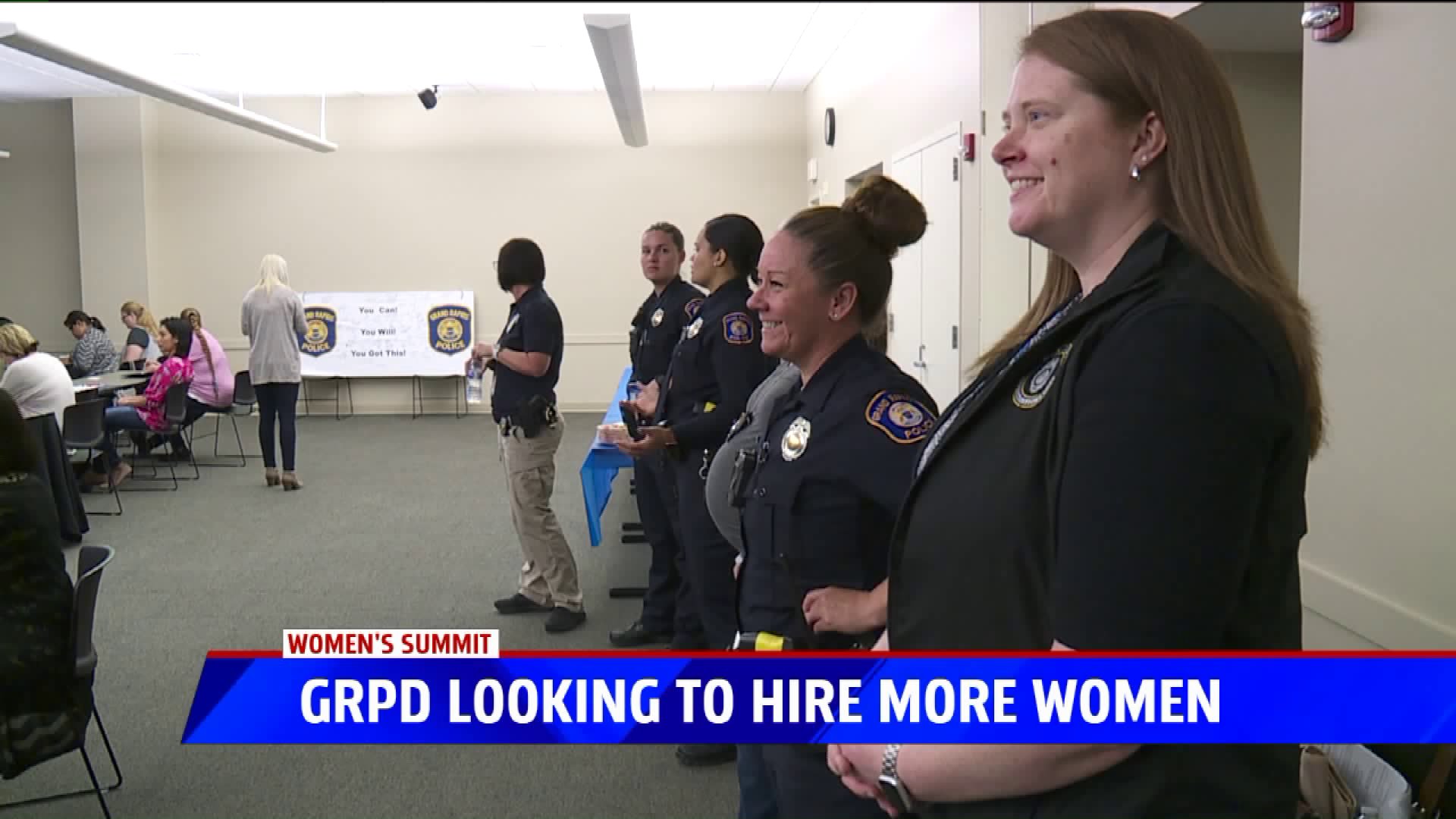 GRAND RAPIDS, Mich.-- The Grand Rapids Police Department is calling all women interested in law enforcement to join the force.

GRPD held its first ever 'Women in Policing' recruiting event on Saturday morning at the police department in downtown Grand Rapids.

“Times are changing in reference to bringing more females into law enforcement, changing the way things are and just getting the interest of more women and showing them what law enforcement is about," says Officer Jenny Rood.

Rood has been with GRPD for almost 20 years. She says a lot has changed since she joined the department.

“When I began, there was maybe only one or two females on the street," Rood tells FOX 17.

GRPD currently has 44 female officers, which is about 14 percent of the agency. The national average is about 13 percent, according to Sergeant Cathy Williams.

“Our goal here today is really to dispel myths and encourage women to enter the field of law enforcement," Williams says. "Letting them know that they can do that, how to set them up for success and to hear from some amazing women at the police department."

Williams has been with GRPD for 18 years and has done a lot to blaze the trail for more women to wear the badge.

“Looking back, I wish I had more confidence," Williams says. "You know, if you knew then what you know now, things would be a lot different."

Rood says GRPD is very accommodating to officers who are mothers. The recruiting event even offered child care.

“They are awesome," Rood says. "They give them the opportunity to take the amount of time they need off. They can use vacation time, sick time and earned time off, as well as Family (and Medical) Leave Act.”

Rood says she wants young women to know that their gender doesn't limit what they can do as an officer.

“Women have great verbal skills," Rood says. "We know how to deescalate situations a little bit quicker and in the meantime, too, we are just as strong with our voices and we also have the physical strength that the men have, just may not have as much.”

Williams says many members of the department are retiring in the coming years and they hope to fill those jobs with more women.

“We want to be representative of the community we serve and one area that we have not been highlighting is women," Williams says.