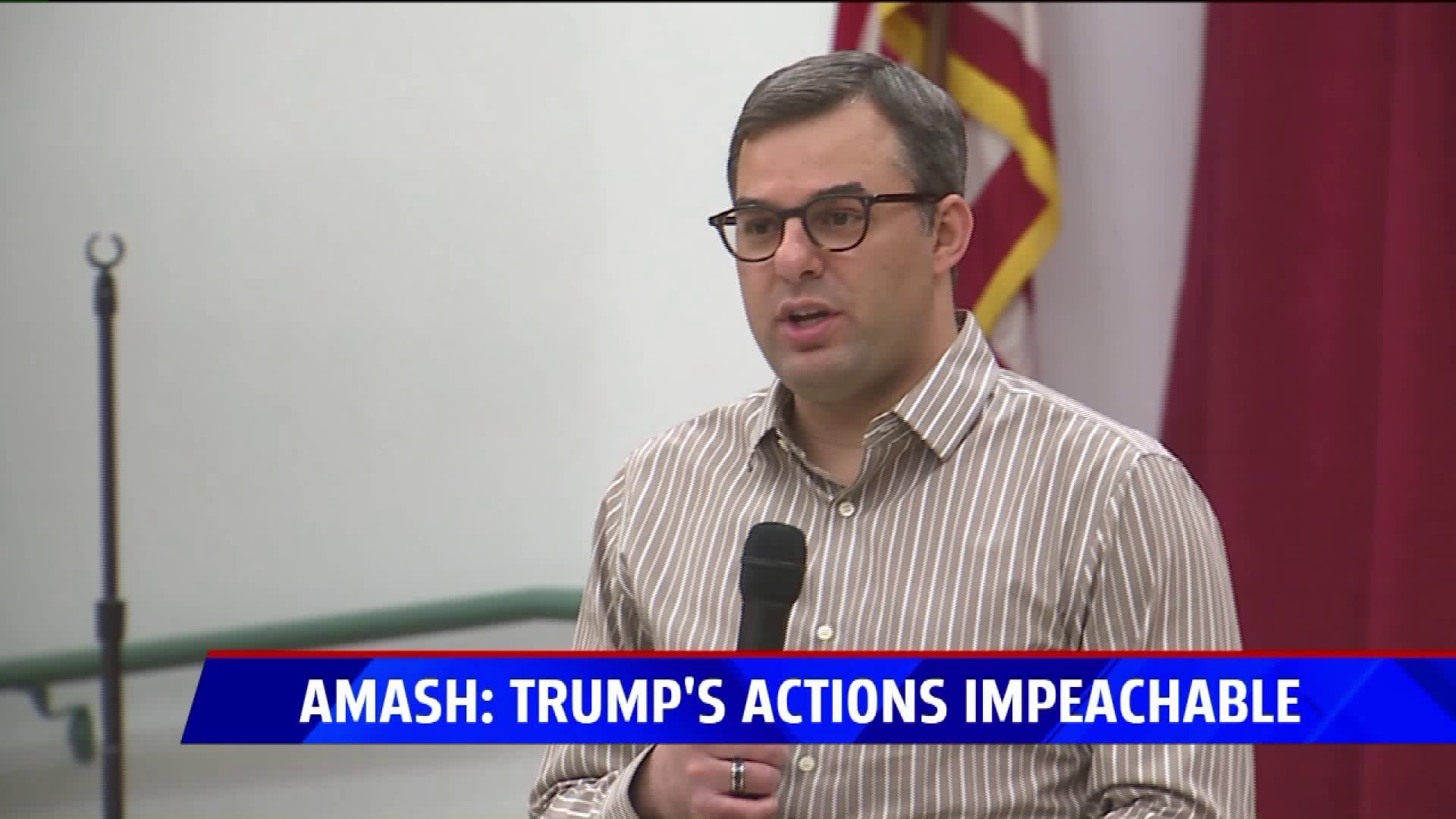 Amash is the first Republican in Congress to take this stance. He says he has four principal conclusions: that Attorney General William Barr intentionally misrepresented the Mueller report, President Trump has "engaged in impeachable conduct," the federal government's system of checks and balances has been reduced by partisanship, and that he is one of a few members of Congress who have read the Mueller report.

The Republican congressman says he came to these conclusions after carefully reading the report, various testimonies, and discussing these matters with his staff.

While President @realDonaldTrump’s leadership has led to the strongest economy in a generation, Justin Amash has opposed his ‘America First’ agenda every step of the way.

In the thread of 13 tweets, Amash writes that impeachment doesn't require probable cause of a crime being committed, only that an official has committed "careless, abusive, corrupt, or otherwise dishonorable conduct."

Contrary to Barr’s portrayal, Mueller’s report reveals that President Trump engaged in specific actions and a pattern of behavior that meet the threshold for impeachment.

Amash says there are several examples in the Mueller report that demonstrate obstruction of justice. He argues that anyone else who behaved this way would be indicted.

Doug Booth (D), who is running for Amash's seat in 2020, tells FOX 17 that while he's glad a member of the GOP is taking this stance, he doubts it will be followed with action.

“He very much towed the line in terms of what his statement actually was," Booth tells FOX 17.

Booth says Amash is using this thread of tweets to brand himself for a potential presidential run.

“I think that he is still trying to bolster his status as a rebel against Trump in order to protect his possibility of running as a Libertarian for the presidential nomination," Booth says.

Amash may have to take this stance alone as other West Michigan Republicans haven't relented their support of President Trump.

"Any member of Congress has the ability to file articles of impeachment at any time if they believe such a charge is warranted. Bill has said publicly that he is not aware of any impeachable offense."

FOX 17 has reached out to Amash's office for further comment and is waiting for a response.