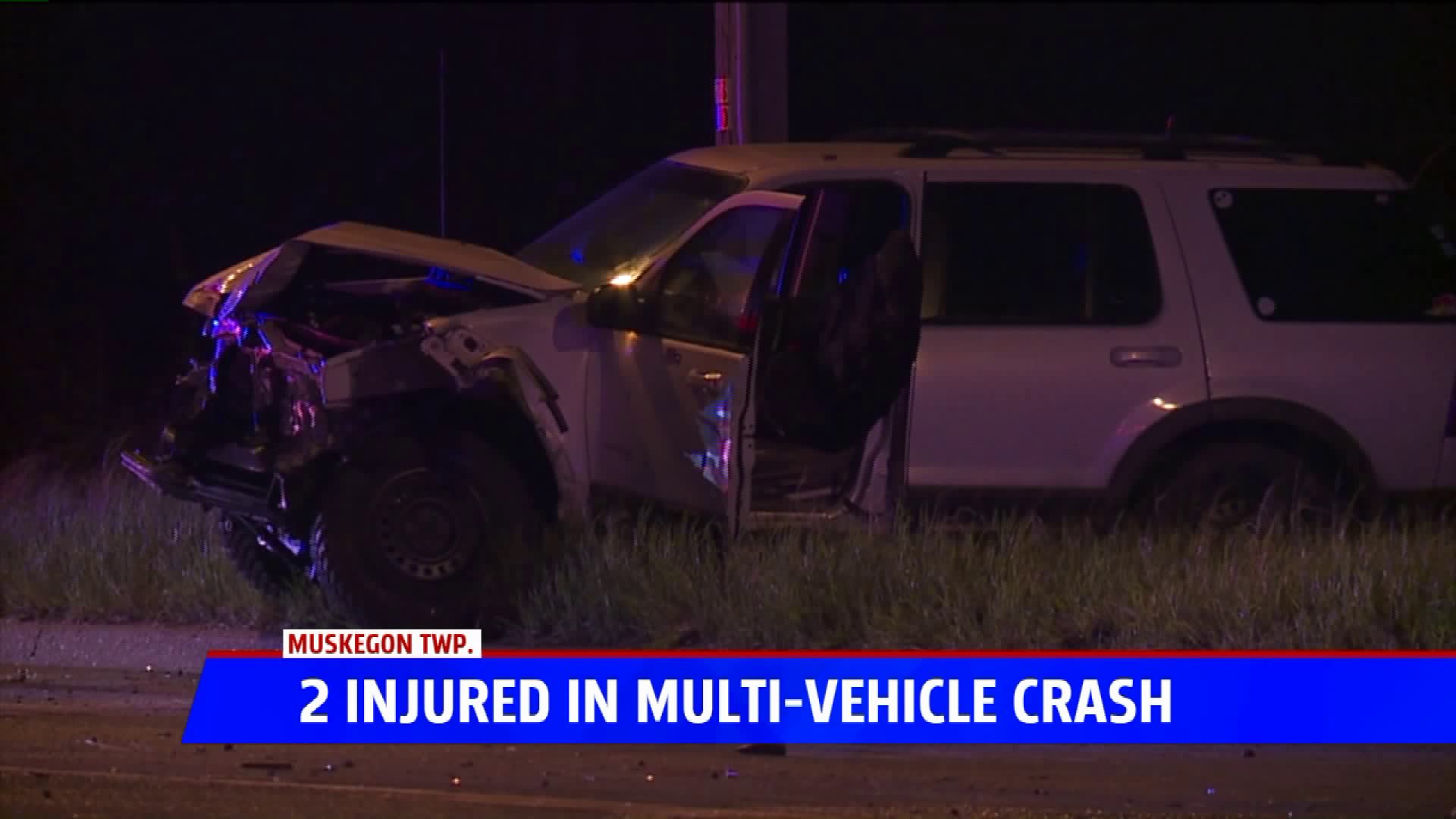 It happened around 11:30 p.m. Sunday at the intersection of M-46 and Walker Road in Muskegon Township.

Crews on scene tell us that four vehicles were involved, with two people being taken to a nearby hospital. One only suffered minor injuries and the other person was seriously hurt.

No names are being released at this time and it is not clear what led up to the crash.