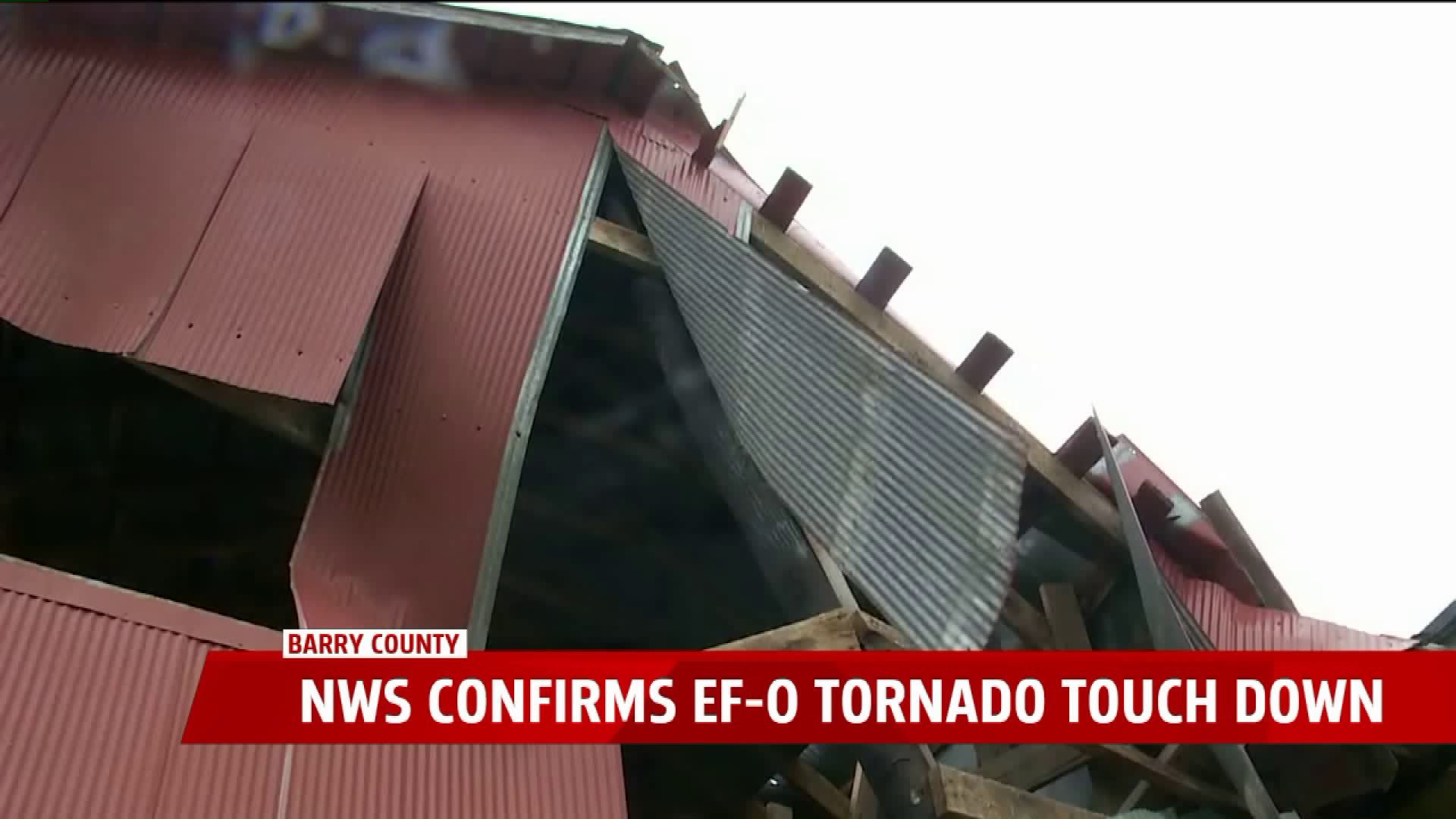 Clean up begins in Barry County after tornado

BARRY COUNTY, Mich. — The National Weather Service confirmed a tornado touched down on Barryville Road around 6:30 p.m. on Sunday. They ranked it a F-0 — the lowest in the Fujita Scale that measures a tornado's intensity — and it lasted only three minutes.

However its damage stretched a mile long.

“If you ever have a tornado hit your area, you want a  zero,” said Barry County Sheriff Dar Leaf. “It comes up to a five. That’s what they get in Oklahoma.”

Sunday's tornado knocked over trees, a telephone pole and pushed a barn off of its foundations, he said. Cinderblocks, wood panels, glass an other debris were scattered around the property.

The owner and his friends spent Monday afternoon cleaning up the damage while Consumers Energy worked on telephone poles nearby.

Sheriff Leaf said they’ve experience worse tornadoes in the past. However he’s glad no one was injured in this one.

Sheriff Leaf said it’s important residents immediately take shelter when tornado warnings are issued, especially if children are around. He recommends taking shelter indoors, away from windows. Drivers should find a bridge and stay under it until it passes.

“If you don’t have time and the tornado is just upon you, you get down low in your car and put something to protect your head,” he said. “If you’re riding a bicycle go find a ditch or a culvert somewhere.”