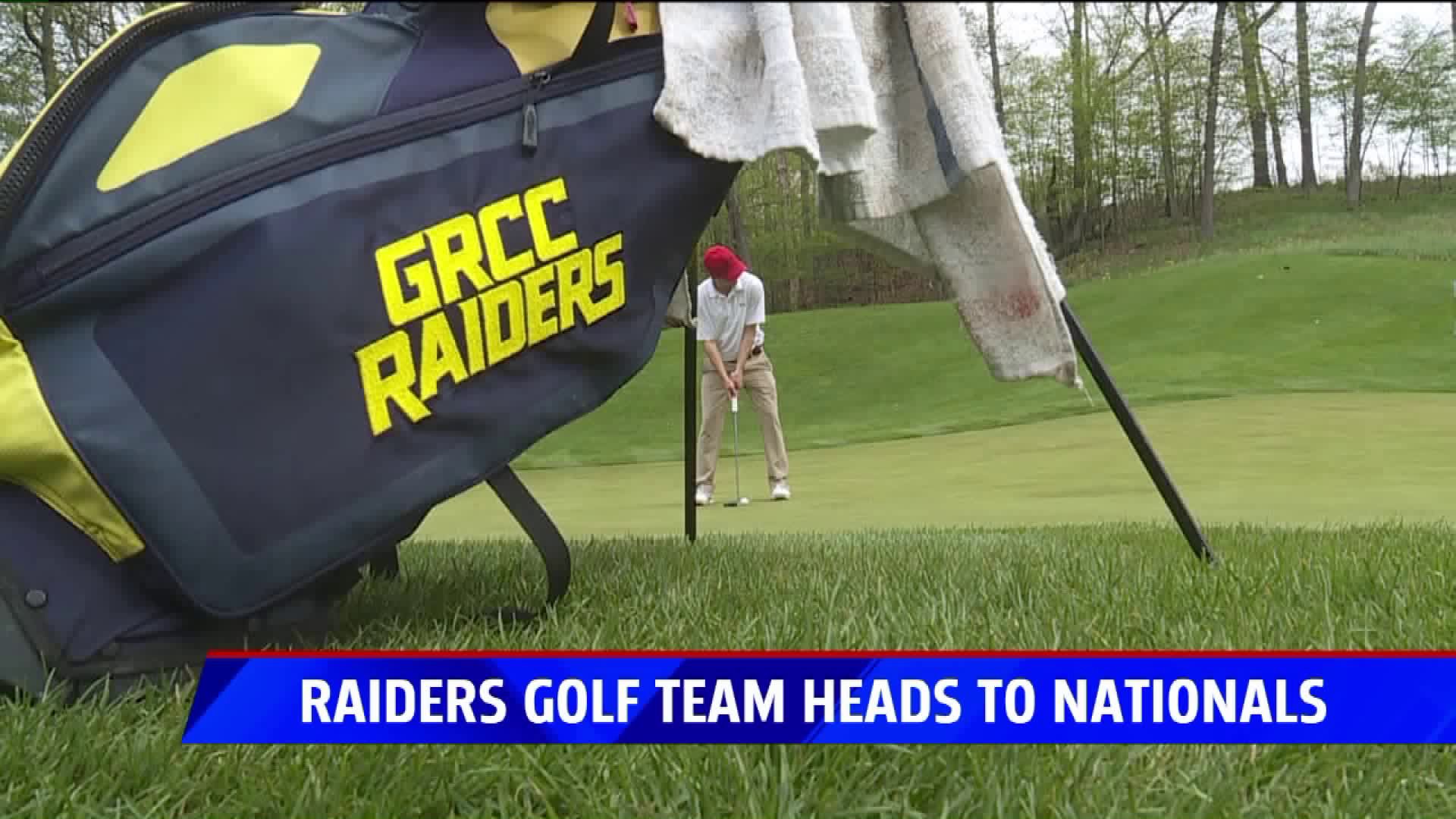 The Raiders won the Conference, State and Regionals Tournaments this season

Tradition: "I knew some of the guys on last year's team and I saw some of their scores," freshman Cooper Bell said, "so it kind of motivated me to get better."

Good players: "Usually teams only have two or three really good guys, but we have five or six really good guys that we can rely on," sophomore Nick Ward said. "When one person isn't doing well, the other person is going to pick it up for him. The four scores are always in the 70s, so that really helps."

And a great practice facility, Egypt Valley: "This is a tremendous facility," fourth-year head coach John Forton said. "It really sets us up practicing and doing well at other courses, because it is so difficult out here."

Freshman Cooper Bell was a medalist at last week's regional. He had some options for college golf coming out of East Grand Rapids but chose GRCC because of the opportunity to play right away.

"It's been awesome," Bell said. "It was tough at the beginning, but once I got the hang of things I was comfortable with it."

Bell's three-day score of 5-over-par at the regionals helped the Raiders pull off the trifecta, winning conference, state, and regionals.

Standing out at the regional was the team's ability to close strong after letting its first-round lead slip a little in the second round.

"It was closer than we wanted it to be, for sure," Ward said.  "I don't want to say we expect anything. We want to go and play our best golf. I mean, we won by six strokes, so that was great. But Mott Community College gave us a really good run, so it was exciting coming down to the stretch."

The Raiders tee it up in Nationals starting Tuesday in Plymouth, Ind.
Copyright 2020 Scripps Media, Inc. All rights reserved. This material may not be published, broadcast, rewritten, or redistributed.