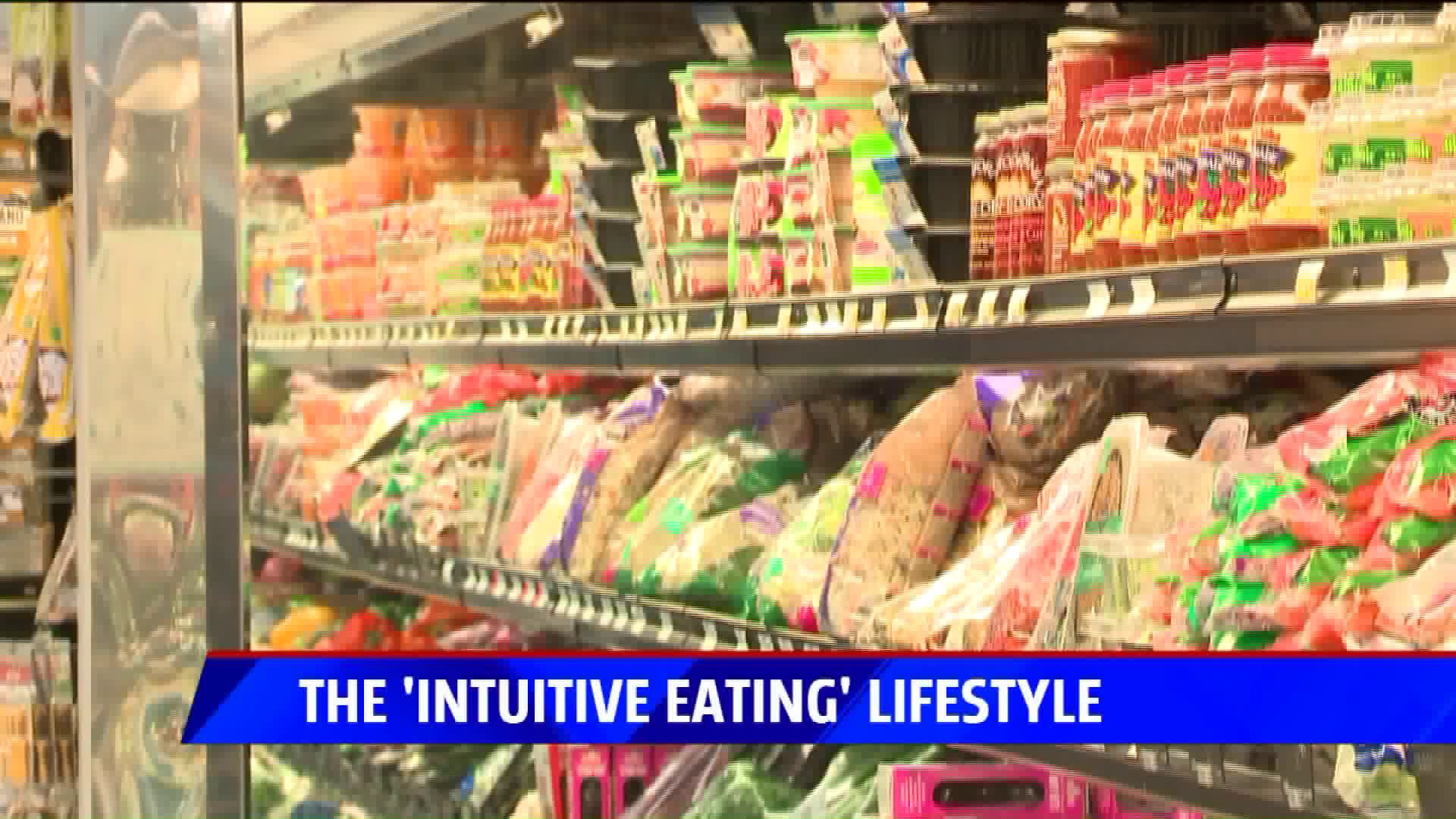 GRAND RAPIDS, Mich.-- It's a lifestyle that rejects the idea of dieting and urges people to make peace with food. It's called Intuitive Eating, and while the intention is good and sounds appealing, experts say it isn't a free-for-all.

"It's so much unlearning," said Jennifer DiGennaro, a certified intuitive eating counselor.

In fact, she has her work cut out for her. In a world where many people feel controlled by their food, DiGennaro is here to say, it's time to take that power back.

"Intuitive eating isn`t throwing out nutritional information, but it is sometimes putting it on the back burner for a little bit and that`s OK," she explained.

"It's important to feel satisfied. Satisfaction is fullness," DiGennaro said. "When you diet for years, you live in this state of never enough and it's really painful."

It might be a hard concept to grasp and DiGennaro says some people are worried that, if given that freedom, they won't be able to stop.

"Maybe you never let yourself have ice cream. But when you start stocking your fridge with ice cream and it's always available, I'm telling you, it loses its allure you don`t always want it."

But, registered dietician Kristi Veltkamp says it's a catch 22, adding that the concept of 'nothing is a bad food' can be tricky. While she supports having a healthy relationship with food, she still believes nutrition should be forefront.

"A lot of times when it's a craving, it's not healthy for you and it just makes you feel worse," Veltkamp said.

She actually encourages people to view those sugary foods as a food allergy.

"They're just not good for you, at least at this point in your life when you need to work on that internal eating aspect until you feel more safe to have that food around," Veltamp explained.

Bottom line, Veltkamp and DiGegennaro agree it's crucial to understand "why" someone has these cravings and triggers and get that under control so they can live the rest of their life with piece of mind.

The big thing these women want to point out is that, if someone has an eating disorder, that should be resolved first. However, for those who tend to jump from one new diet trend to the next, some experts feel Intuitive Eating could help stabilize them.