Farmers’ concerns grow by the day with continued rain 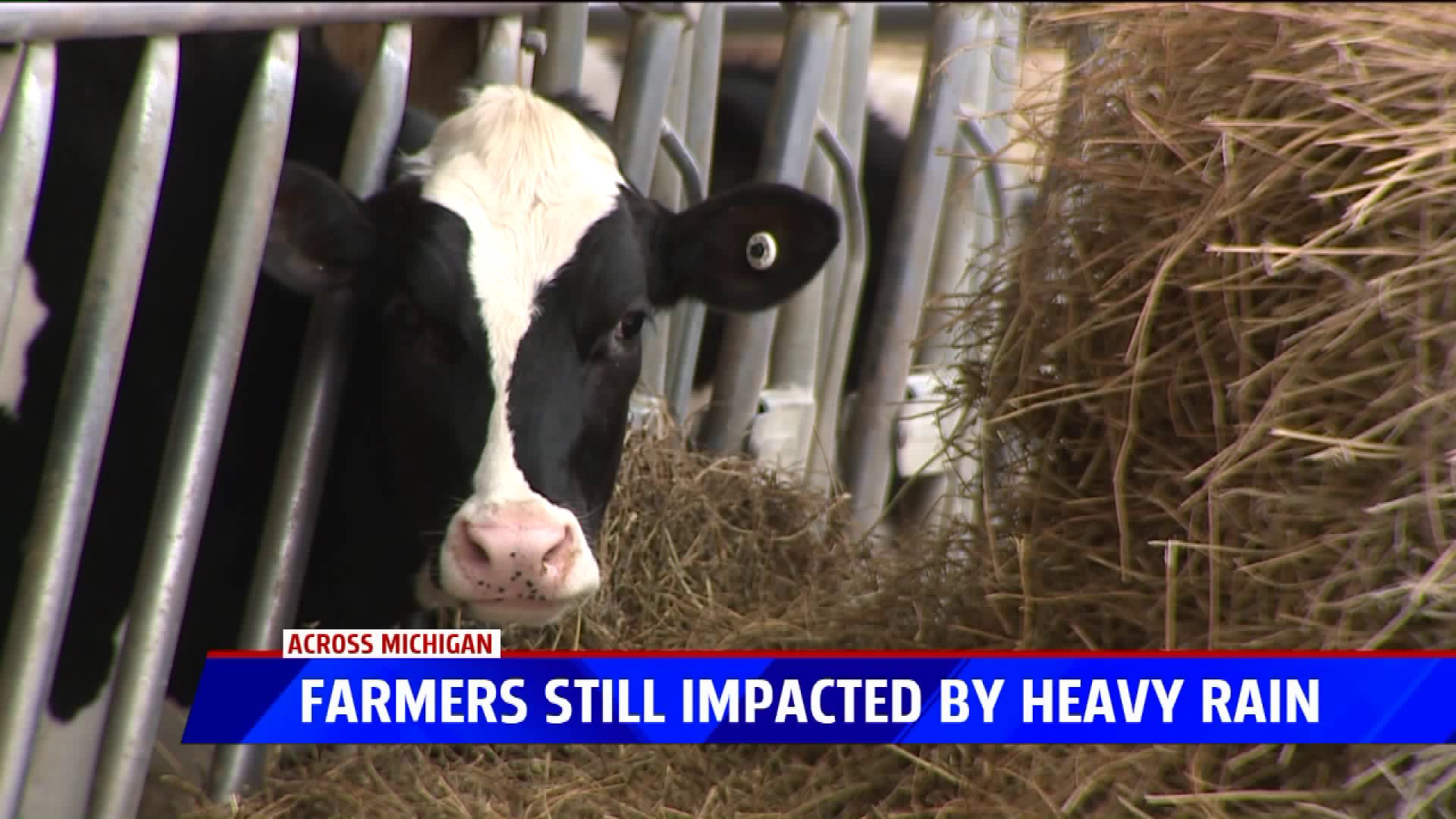 WAYLAND, Mich. - Farmers in West Michigan are growing anxious about the rain and its effect on their crops this spring.

According to the U.S. Department of Agriculture, about 19 percent of corn fields are planted this season, compared to this time in 2018, when about 48 percent of fields were planted.

Todd Brink, who farms near Wayland, has only planted about one-third of his corn so far. Usually, he has crops in the ground by May 15. His fields have been too wet to plant.

"It's been very challenging," said Brink. "We haven't had a big window to get crops in the ground."

Of the corn that he has managed to plant, it has sprouted and germinated. He's unsure, however, if the corn will emerge from the ground later this week, when it normally would.

In parts of his field, there is still standing water. The soil doesn't crumble in your hand like it should, either. Instead, it stays together because of how much moisture remaining in the ground.

Some farmers estimate it's at least another 10 days before they can get out in the field, but that's only if the weather offers a dry spell.

If the rain continues, the problem could become more dire for West Michigan farmers.

"We'll still get the crop if we get it in, but it won't be as big of a crop or as good of a crop," Brink said.