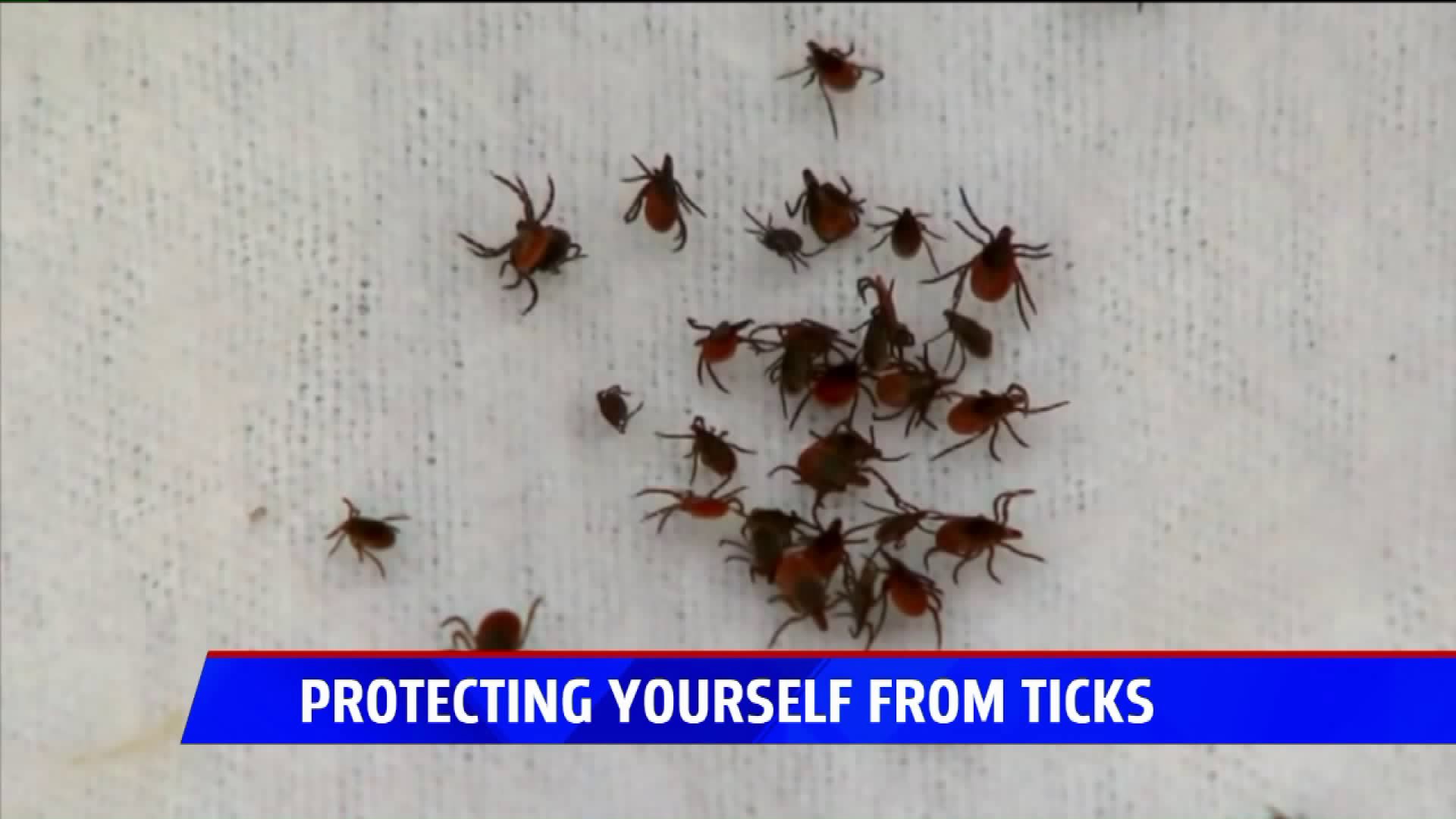 GRAND RAPIDS, Mich. — Health officials are urging people to protect themselves from a certain type of tick that can carry Lyme disease.

The blacklegged, or deer tick, can carry the disease and nymphs are often out during late spring to early summer.

According to Brian Hartl, an epidemiologist for the Kent County Health Department, the nymphs are currently out feeding or looking for human blood.

Hartl says they're often difficult to find, even when they're on your body.

The recent wet weather and warming temperatures have made for an ideal environment for ticks to thrive.

Health departments in several counties are encouraging people to check themselves for ticks after they spend time outside.

They can be found “in your hair, behind your ears, in your belly button, behind your knees," Hartl says. "So they like to crawl into those areas that are secluded and darker."

The best way to remove a tick from the skin is to grab it with a pair of tweezers and pull straight up, so the entire tick comes out. Hartl says if part of the tick remains in the skin, it can cause infection.

“The thing about lyme disease is the tick has to be embedded in your skin for about 36 to 48 hours," Hartl says. "So if you do a good tick check when you come home after you’ve been outside, you find that tick and remove it right away, the risk should be very low.”

Pets, especially dogs, can be vulnerable to ticks.

“Ticks are, you know, they need to feed," Hartl says. "So they’ll be waiting in the woods to latch onto anything, an animal, a dog, a person.”

"The rash is the thing you look out for," Hartl says. "It’s called a bulls-eye rash, so it kind of starts as a rash and then it clears, so it looks like a bull's-eye.”

Hartl says the best way to prevent tick bites is to treat clothing with permethrin and wear EPA-approved insect repellent.