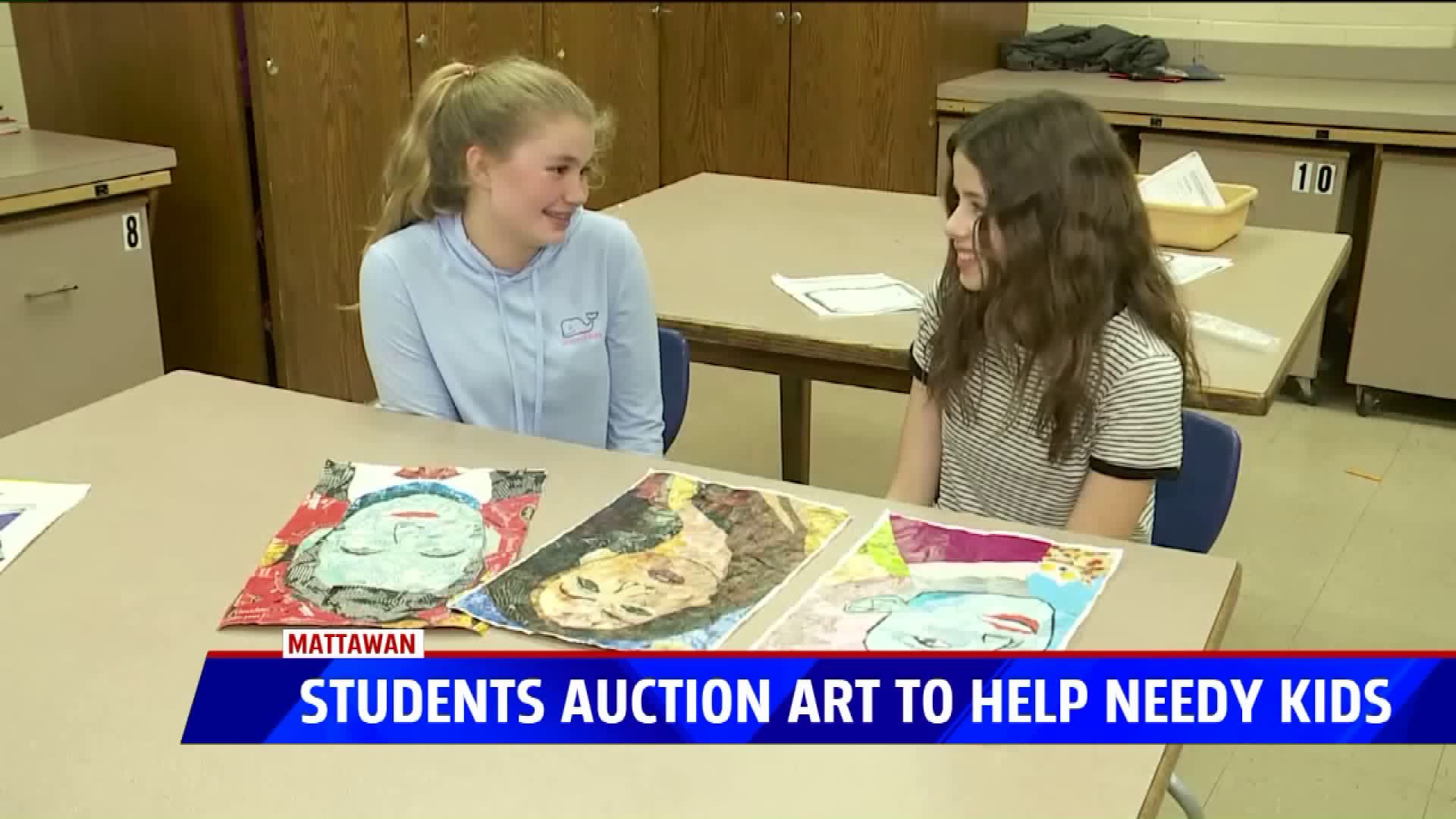 Mattawan middle schoolers helping the homeless by auctioning their art

Both students said they picked those celebrities, and a few others, because they have inspiring and similar stories.

“We are basically just taking magazines that we cut up, and picking colors and putting it over black and white copies of a famous person that used to be homeless,” Tessa said during an interview at the school. “We just put them on Ebay and sell them.”

Tessa and Alexis were among the dozens of students who spent the last few weeks using magazines clippings  to create paper-collage portraits of celebrities who have experienced and overcome homelessness. It fit the theme of their fundraiser.

“We’re helping homeless kids and students that don’t have any money to go to school or to eat or anything,” Tessa said. “All the money that we raise from Ebay goes towards them.”

The auction began last week and so far $800 has been raised, Mr. Hamman said. It will officially end on Friday with the proceeds going to several organizations, including the Mattawan Area Food Pantry and the Boys and Girls Club of America.

“It feels good to know that you’re helping someone,” Alexis said. “It’s nice to know that they’re going to be better because of it.”