$1,000 fine for fireworks used outside of legal holiday window 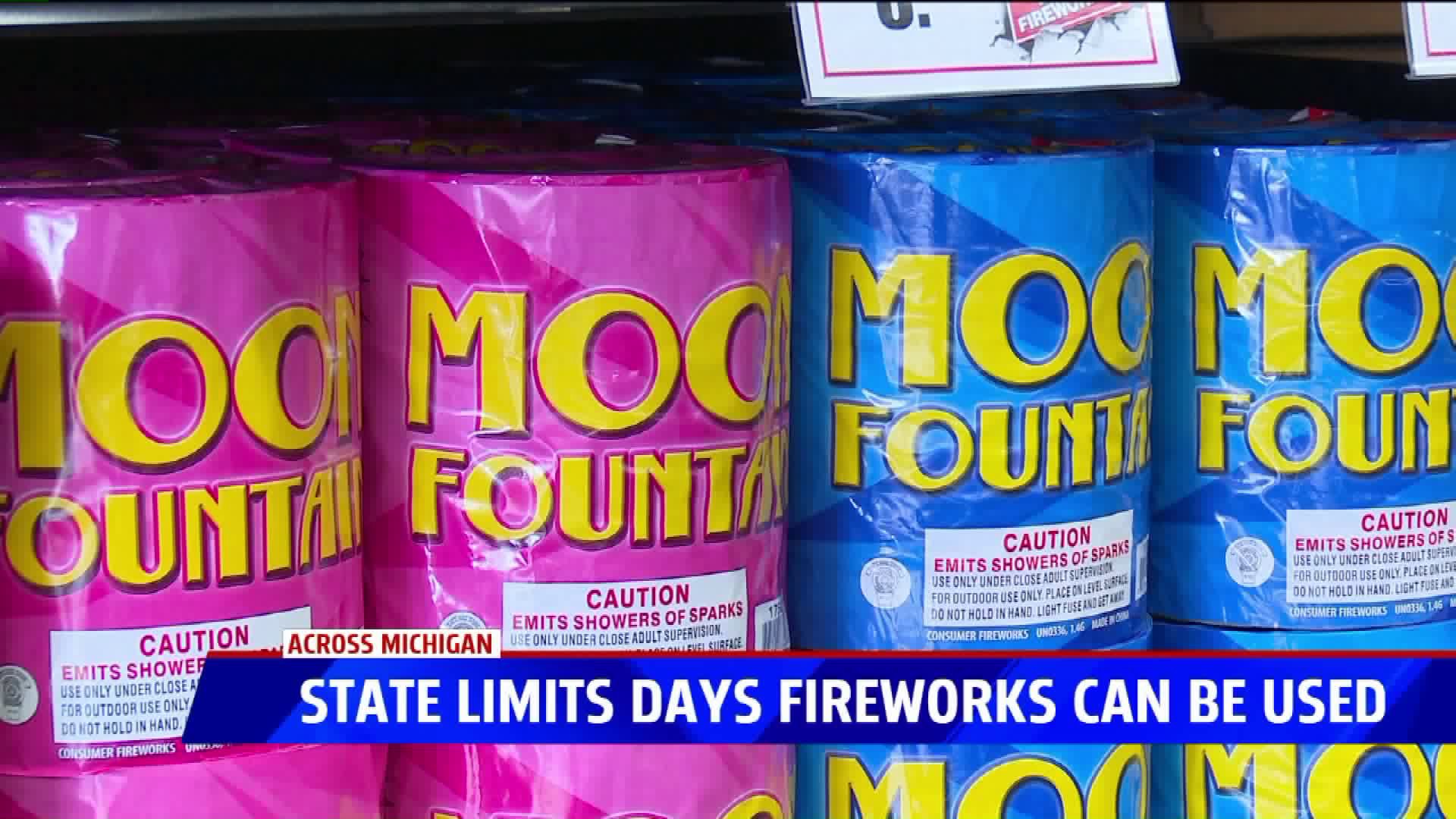 GRAND RAPIDS, Mich. — Fireworks sales have been in full swing since late April, but recent changes to state laws limited the number of days they can be legally set off.

The new measure was signed into law in December, reducing the number of days fireworks can be used in Michigan from 30 to 12. Doing so out of the allowed holiday windows could lead to a $1,000 fine.

The bills were put in place after constant complaints from communities across the state about fireworks being shot off at all hours.

"For the last several years, it's been the day of the holiday, the national holiday, the day before and the day after. This year it's more centered on the days that people actually want to shoot the fireworks, which will be the Saturday or Sunday of the weekend," says Scott Redman of Pro Fireworks.

He says business hasn't slowed even though that was part of the law's intention. Redman says it is an answer to concerns from many across the state.

Under the December law, people can legally use fireworks on: