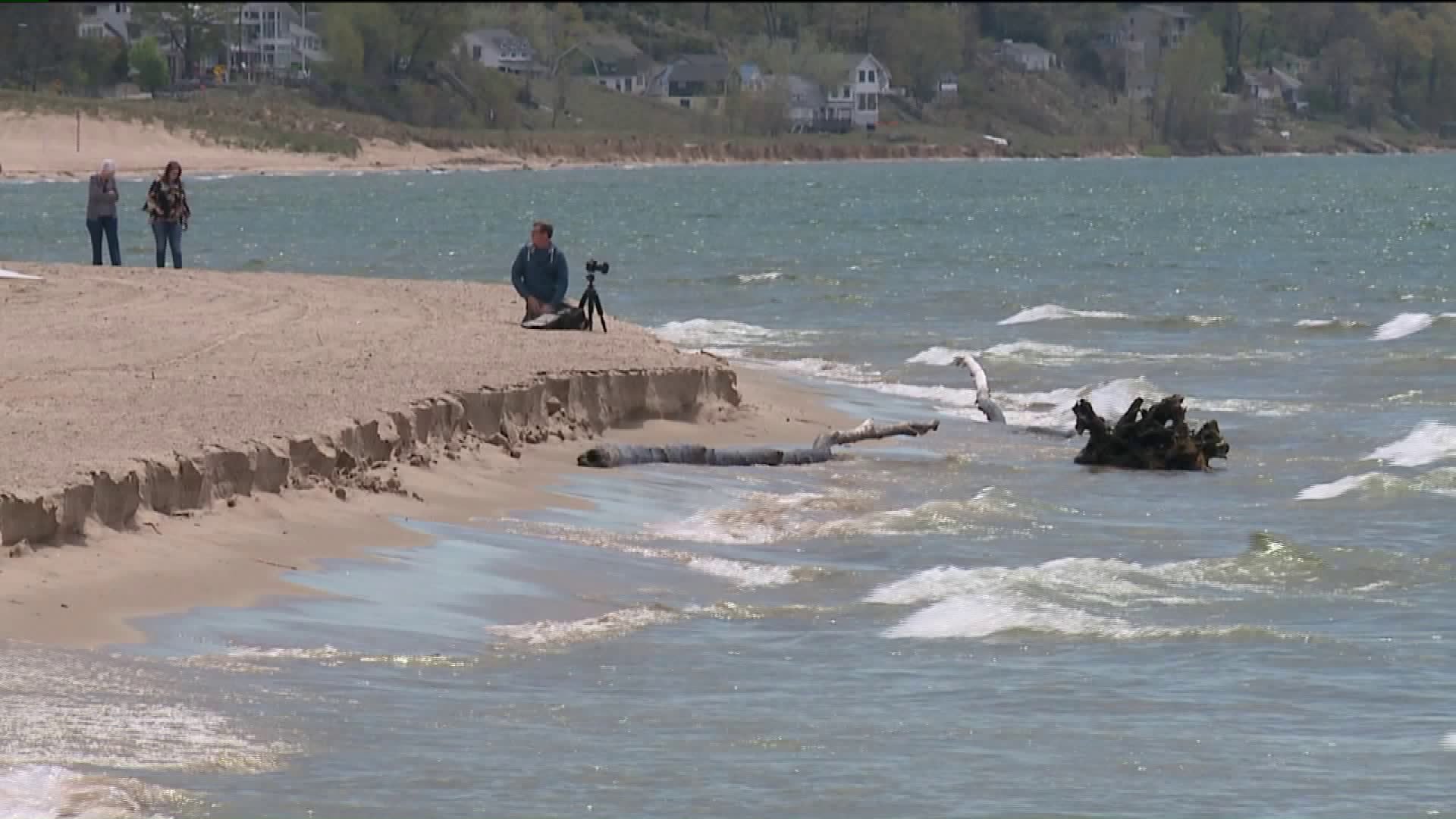 GRAND HAVEN, Mich. — The Great Lakes are inching toward record levels, with Superior and Erie expected to set new highs this year.

Lake Michigan is not at an all-time high yet but is already shrinking beaches and making piers even more dangerous. Beaches this summer are expected to be even more congested. Piers could also be closed more often due to the increasing likelihood of waves crashing over them with the elevated water level.

This can be a bit surprising since Lake Michigan was very low as recently as 2013. Higher than normal amounts of rain and snow for the last several years has completely flipped the lake levels.

In Grand Haven alone, Lake Michigan has sent water into the parking lot of the public boat launch. Businesses have had to switch over to floating docks to adjust to the higher water.

Grand Haven Beach looks smaller than ever before, with the end of the Grand Haven pier almost underwater.

Permanent resident Ann Hesselsweet says she has never seen the water so high. She lives on Lake Michigan and has lost her beach and part of the stairs up to her house.

One other issue that could present itself with the rising water is invasive species. Asian carp DNA has been found repeatedly in Lake Calumet, which is only a few miles away from Lake Michigan in the Chicago area. If the water continues to rise, we could eventually seem them having a channel to get into the Great Lakes.

Michigan needs a long dry spell for lake levels to drop. Even if the summer ends up being drier than normal, lake levels only change slowly, meaning the high water will likely be around for the rest of the summer.