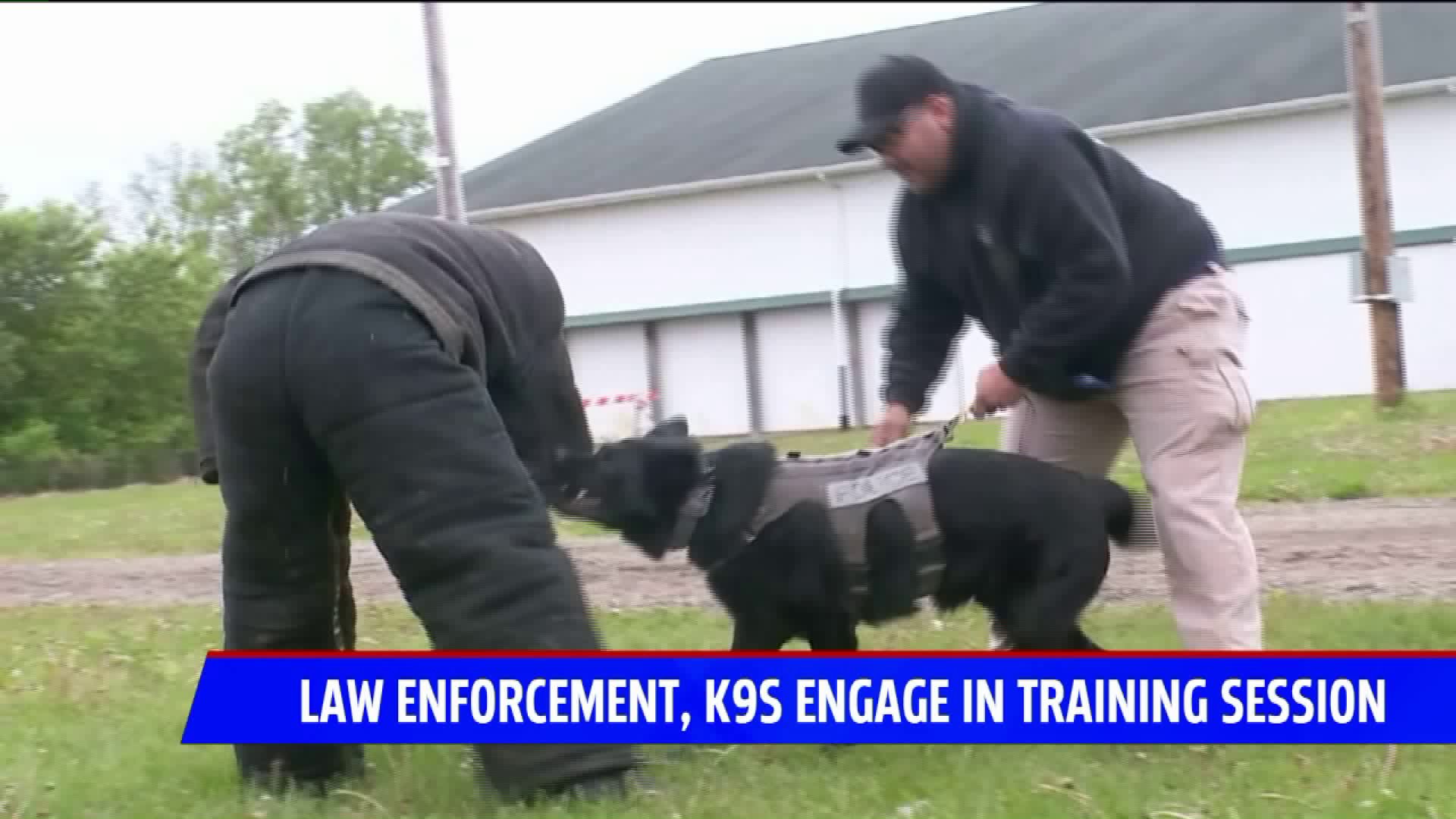 MARSHALL, Mich. — Dozens of police dogs and their K-9 handlers filled the Calhoun County Fairgrounds Wednesday afternoon running in and out of vehicles and buildings as part of a training session.

Standing in the middle of it all was the instructor, Patrick Petersen. He and fellow instructor Frank Rotscheid  flew in from the Netherlands to work with the K-9 teams by putting them through intense, high-pressured situations.

“We train a lot of things outside the box," Petersen said. “So we don’t do standard procedures. We do all kinds of different things like you see with the van over there.”

Teams learned how to take down potential suspects in vans by having the dogs jump through the windows. The dogs, many of them shepherds, also went through a metro bus and tackled people there.

Each person who was taken down wore a bite suit.

“The primary goal is confidence building,” Petersen said. “You’re doing something with the dog that he hasn’t done before. So it’s going to be very strange for the dog to experience such a thing.”

According to the handlers, all the dogs were having fun. Many of them traveled in from all over the state.

“It’s great training for us as officers,” said K-9 Handler Michael Richardson who is with the Oakland County Sheriff’s Office near Detroit. “We get to know our dogs a lot better and push the limits on what the dogs are capable of doing.”

Pickett said the dogs used in the training are fairly young, ranging from 1-year-old to 3. And when walked around asking handlers how they were doing, everyone was pleased.

“Everybody’s extremely happy they’re doing things that they’re happy with,” Picketts said. “Their dogs are making strides. Their dogs are learning. They’re  learning stuff they can take back to their training groups.”