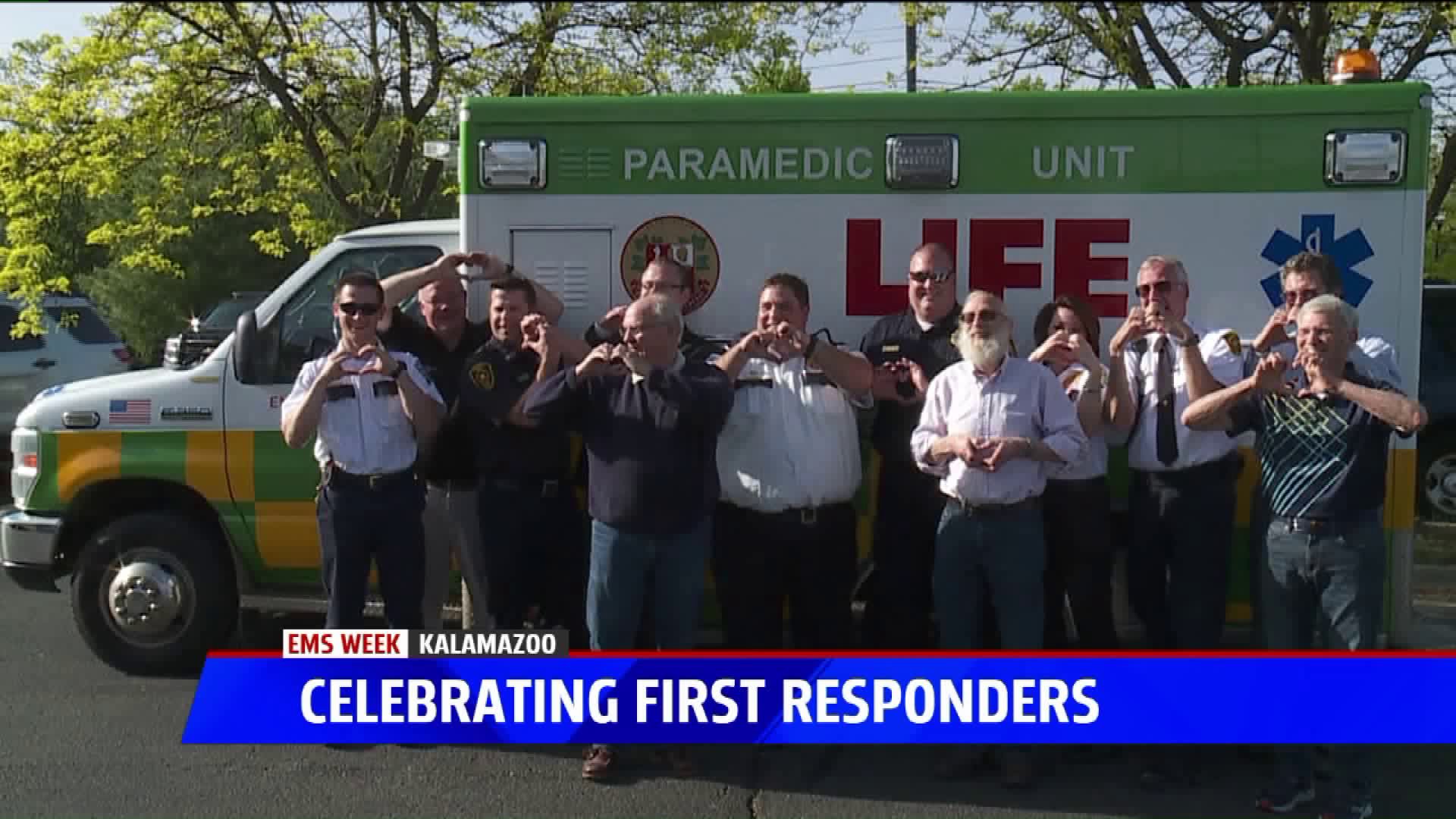 KALAMAZOO, Mich. — On Wednesday, first responders got a chance to hear two words they don’t hear often: thank you.

“It’s a job that’s often with a lot of thankless days, and to have the community recognize first responders is important,” Life EMS dispatcher Meredith Miller said.

Also, at the event for Life EMS was those who have gotten help from 911. EMS employees also said they don't often hear the outcome of responding to emergencies after they drop a person off at the hospital.

Among those people was Bob VanZandt, who had a heart attack working his morning shift at Menard's this last March.

“Dennis and the guys stumbled over me. I’d been there about eight minutes before they found me,” Bob VanZandt said.

VanZandt credits his coworkers for stepping up and giving him chest compressions while EMS was on the way.

“They could have very well just called EMS and waited,” VanZandt said.

Those lifesaving measures by EMS and Bob's coworkers are the reason he's in such good health today.

And to Bob, that's worth a huge thank you.

“Like I say, just jump right into action. That’s what saves lives,” he said.