Morning Buzz: 5 things to know for May 22 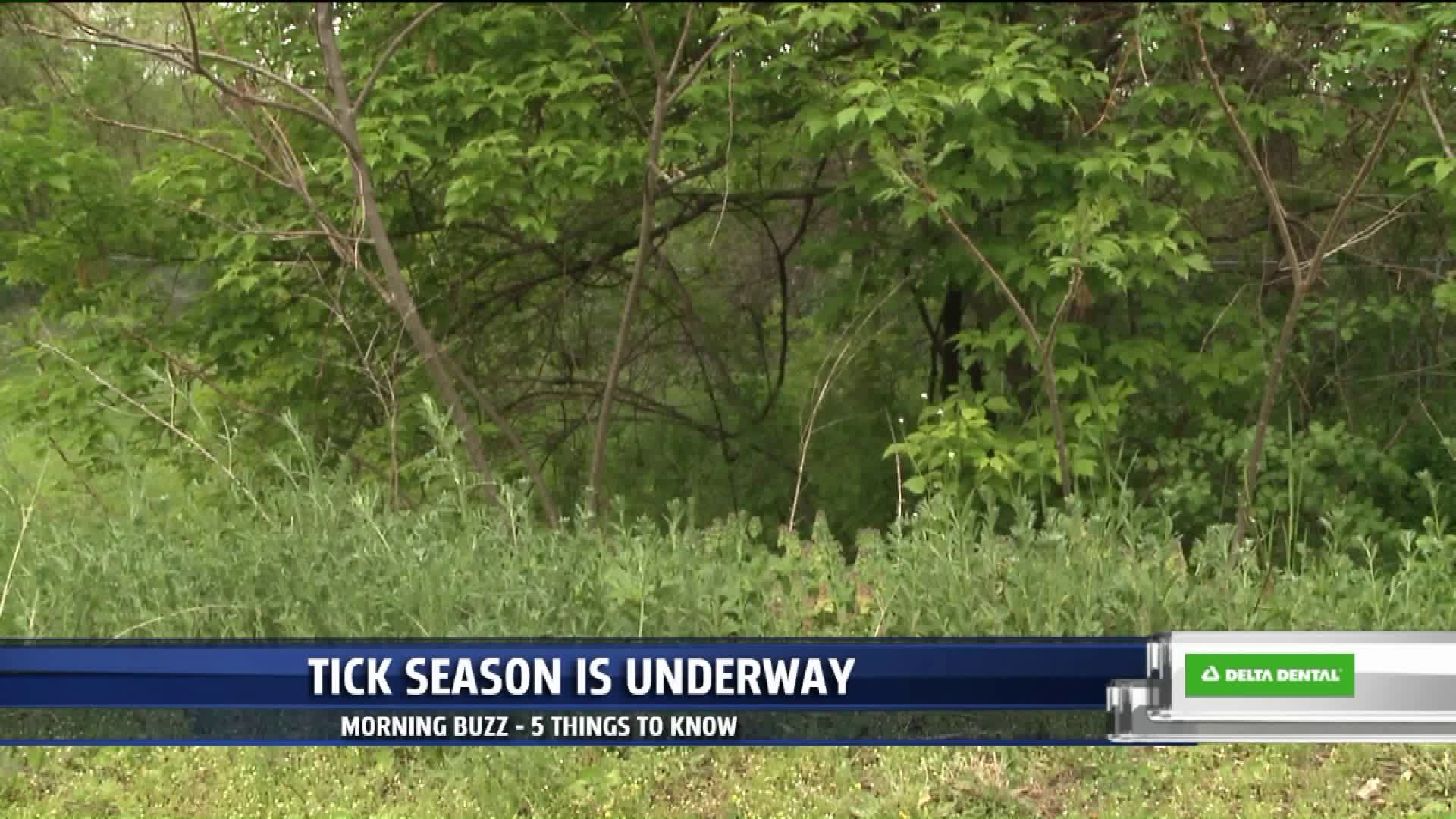 1. Blacklegged Deer Ticks are feeding, and posing threats in parts of Barry and Eaton Counties.

They're known to carry Lyme Disease, and if transmitted, it can lead to some pretty serious medical problems. Ticks tend to hide in dark places on people and animals like behind ears and in your hair.

The best ways to avoid being bitten is to apply insect repellant with Deet, wear long-sleeved shirts and pants, and tuck them in. If you do find a tick on your body, grab some tweezers and pull straight up so the entire tick comes out.

2. Meijer is opening a new store in West Michigan. A ribbon-cutting ceremony was held on Tuesday for the supercenter on South Green Avenue in Fremont.

Like all of Meijer's new stores, the location will offer home delivery and "Shop and Scan" technology.

To mark the occasion, the first 200 customers to visit the store after 7 on Sunday morning will receive a gift card of up to $20.

This is the fifth location Meijer has opened this year.

3. Help John Ball Zoo save endangered species around the world thanks to a new partnership.

The Grand Rapids Zoo has partnered with Fifth Third Bank for the Round-Up For Conservation Program.

The program will help protect and save both endangered and threatened species.

The two days that follow will feature a sweet deal for veterans in celebration of Memorial Day. Retired or active military personnel get in free, and they can also buy discounted tickets for up to six members of their family.

5. Packed with a plethora of vitamins and filling fiber, spinach is one of those veggies that's recognized as a superfood. It's not usually treated as a dessert, until now.

In addition to the vegan base, it contains organic spinach leaves, extra virgin olive oil, turmeric, and sea salt. The result is "a sweet and savory summertime treat that packs a flavorful punch."