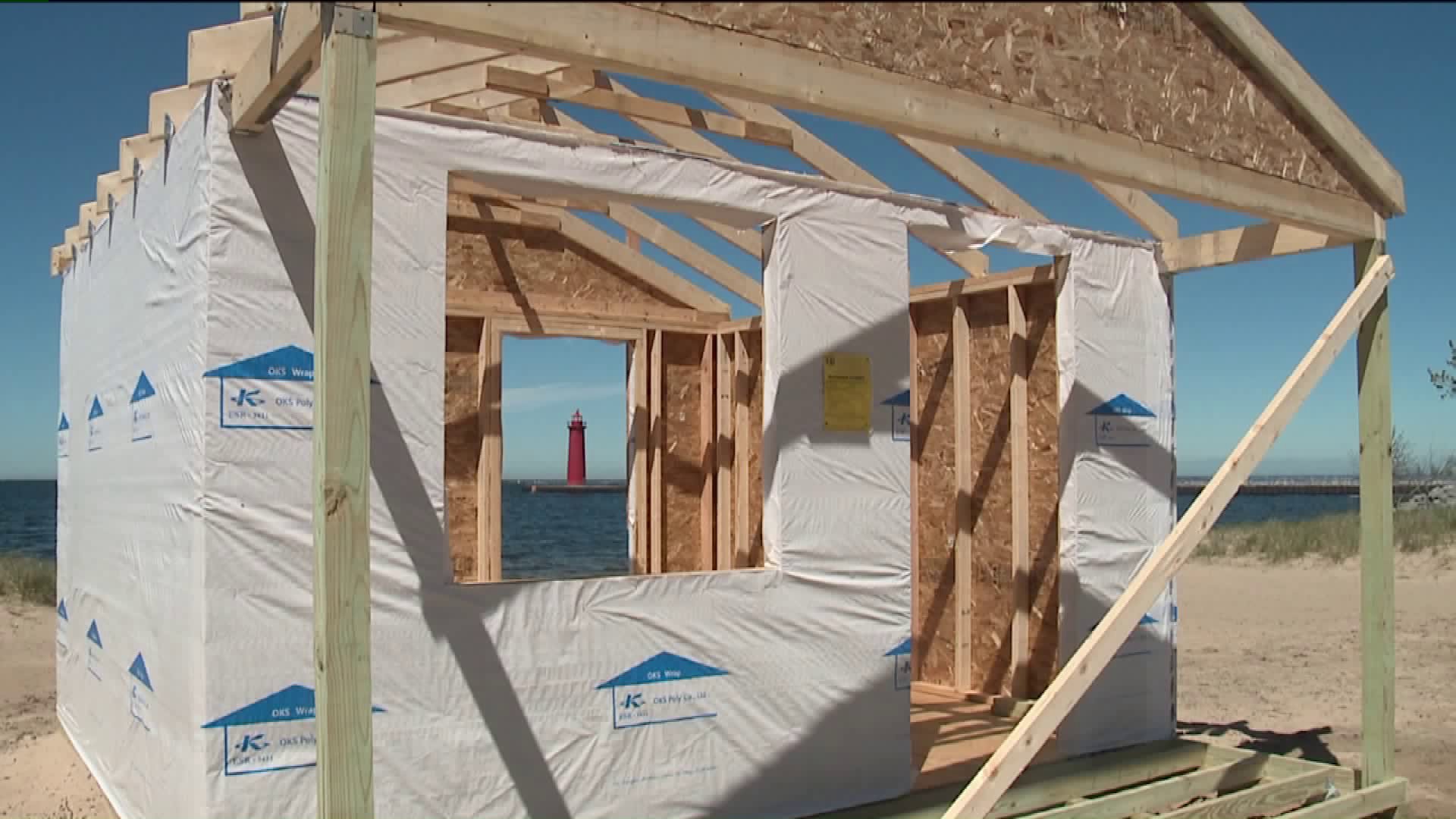 MUSKEGON, Mich. -- The new building going up on Pere Marquette Beach has been met with some backlash this week. After hearing the scores of concerns from local residents that the building would block an iconic view of the pier, lighthouse and Lake Michigan, the City of Muskegon is now planning to act.

City Manager Frank Peterson said in a statement to FOX17 that the city is planning on moving the building next to the NOAA station, seen below. This would shift it out of the way, no longer obstructing the well-known view. While timing of the move is still unknown, this is a step in the right direction.

The building is is being constructed by 3rd Coast Rentals. The company went through the city to get it approved, with almost overwhelming approval. However, FOX17 was told that during that public meeting, residents were not allowed to voice their concerns until after the vote. This caused only more controversy along with the location of the building.

A poll on Muskegon Local Facebook Page, published yesterday, allows those in the city to vote if they support the current location or not. In just a days time, the poll had over 4,600 votes, the majority of them being 'no'. The backlash being sent in to City Hall through in-person protest and various forms of social media forced Muskegon to finally act.