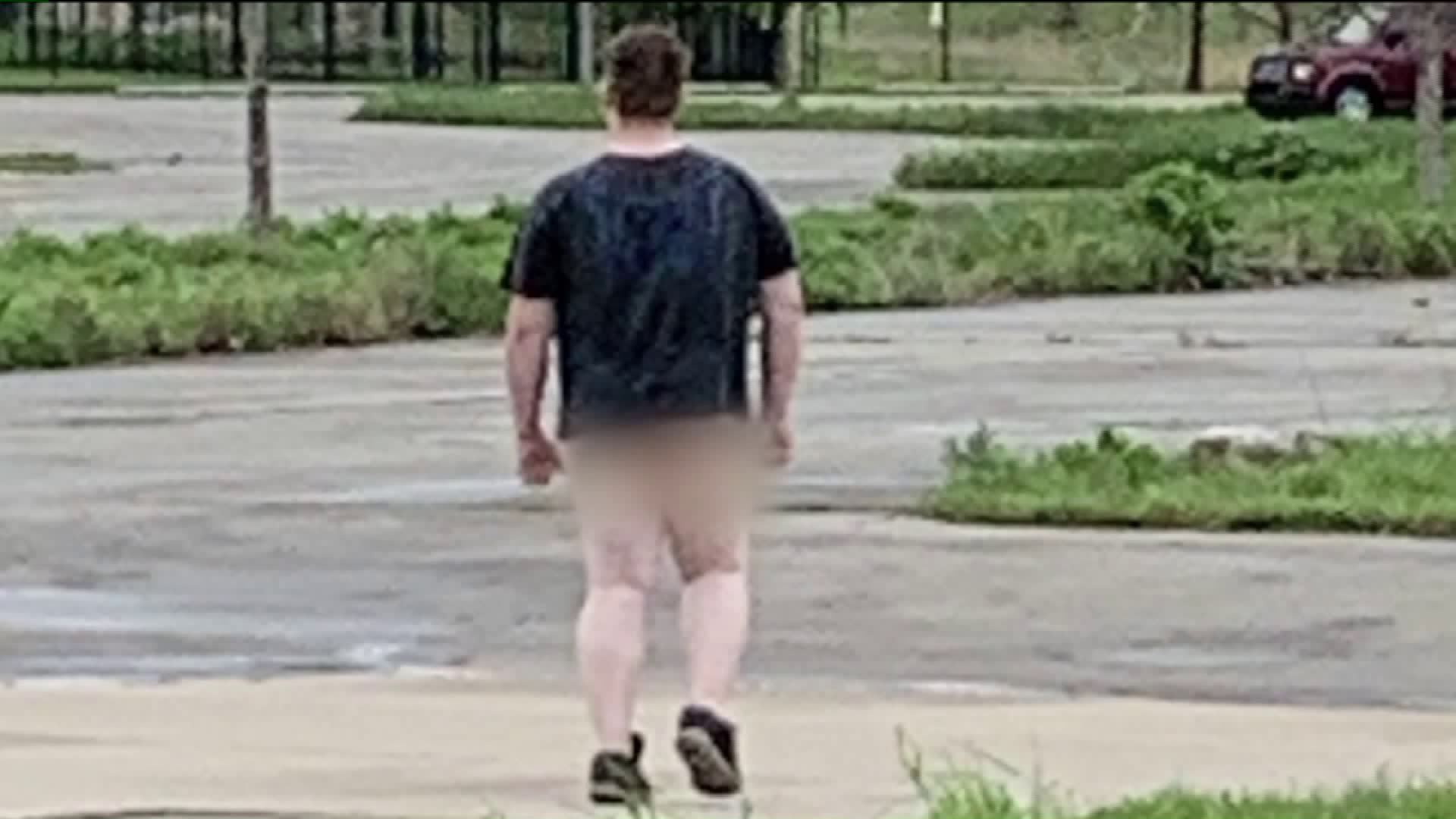 WALKER, Mich. — Police are investigating after a report of a pantless man approaching a woman at Millennium Park.

It was Wednesday around 11 a.m. when Kristin Bryant arrived to walk her service dog Elly on the trails in the back of the park.  She was getting Elly out of her car when she noticed just two other vehicles in the lot.

One was empty and a man sat in the other, a cherry red PT Cruiser.

"I saw him and I just thought he was someone that was on break. It's typical. You see a lot of people go there just to relax because its nice scenery or they’re fishing," Bryant told FOX 17.

She began her walk, glancing backwards at the man in his car every so often, when all of a sudden she noticed him begin to approach.

"I felt really uncomfortable like something was happening and I turned around to see this guy coming at me, full force," Bryant said. "All of a sudden it clicked with me that this guy is actually not wearing any pants.”

Bryant began walking towards the only park employee she could see and eventually the man turned around and started walking back towards his vehicle.  That is when Bryant snapped a photo of the man.

The subject is described as a 5-foot-10 white man with spiked brown hair and a large build (215- 230 lbs).  He was wearing a black T-shirt with a blue design on it and black shoes.

She quickly called 911 and Walker police responded to the park.  They searched for almost an hour Wednesday afternoon but were unable to locate the man.

Walker had a police cruiser again driving around the park when FOX 17 arrived Thursday morning.

Bryant worries what the man would have done if she wouldn't have noticed him.

“If I wouldn’t have turned around, what would he have done? Because I would’ve never realized he was behind me ... He never said a word. It was just like he has done it before.”

Walker police say they will continue to investigate the situation.

Coincidentally, just an hour before Bryant's encounter with the man not wearing pants, there was similar incident reported at Rivertown Mall in Grandville.

Police responded around 10 a.m. after a woman reported that a man had exposed himself to her.  The subject was described as a white man wearing a black shirt and brown pants.  It is unclear if the two incidents are being investigated as potentially related.