Storm topples trees, knock out power to thousands in Coldwater 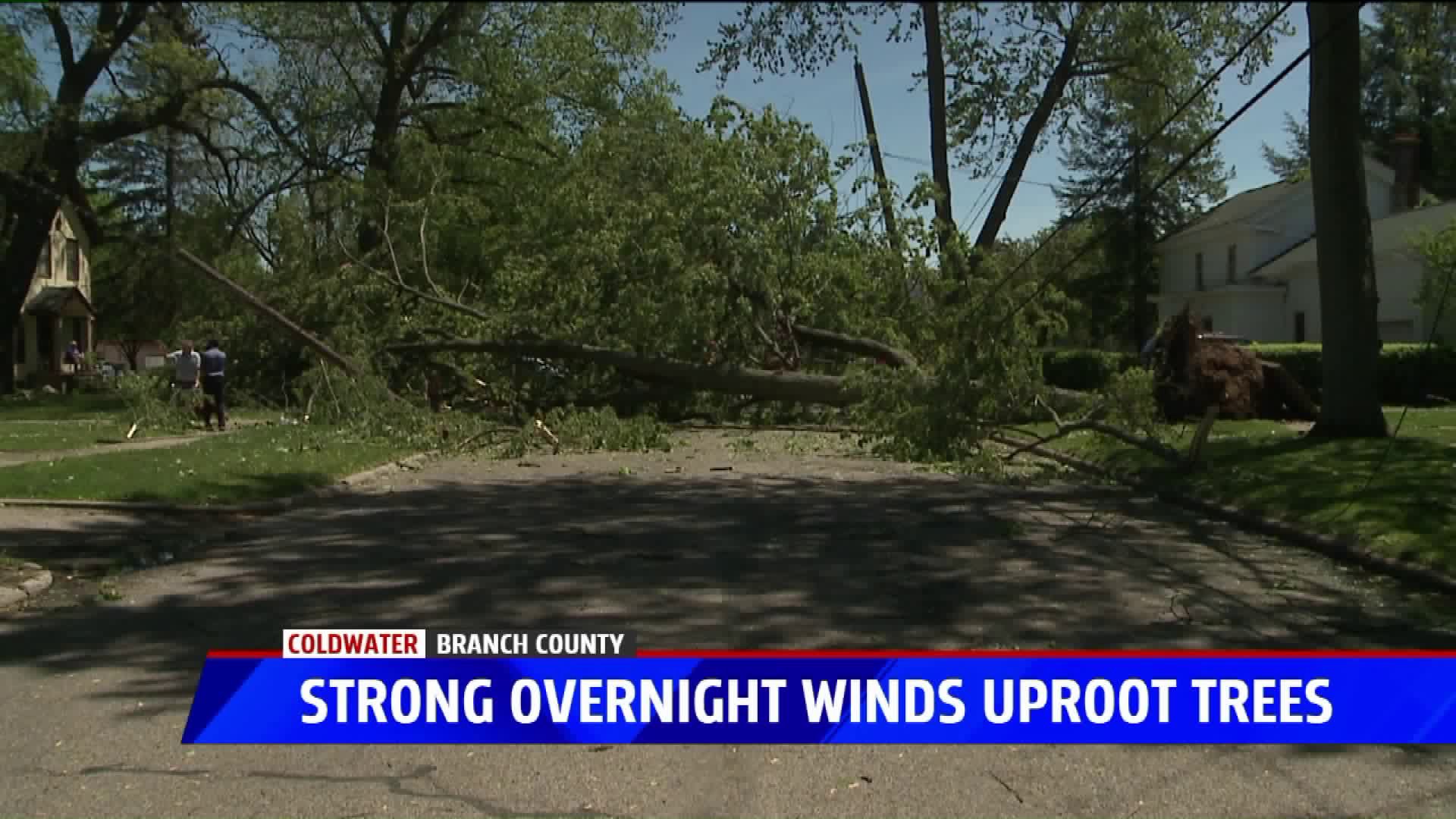 COLDWATER, Mich. -- About half of the properties in the city of Coldwater lost power, according to municipal services. Large trees and branches damaged electrical lines following heavy winds in the morning.

Resident Kim Cunningham said, “I woke up about 5:30 in the morning (and) had a lot of booming, lightning, thunder, and then the wind picked up.”

When residents along Hull Street looked out their windows they saw the fallen trees and debris.

"All of a sudden boom, crash, and I jumped out (out of bed)," resident Geri Bloom recalled.

Residents have spent most of the day without electricity.

Cunningham said, “We had just went grocery shopping for the summer and bought a whole freezer full of food, and that was my main concern after we found out everybody was okay.”

Fortunately, a neighbor offered Cunningham’s family a generator for the time being. Across town, high winds blew the roof off of a warehouse.

Dave Sattle, Coldwater's director of municipal services said of the storm, “It was quick. It really came in quick.”

Sattle said he started getting phone calls about 15 minutes after the lightning and thunder. So he put tree trimmers and city electricians to work shortly after 6 a.m. Electricians from the city of Marshall also helped through mutual aid.

“I think I counted five trees that have been uprooted," Sattler estimated.

Bloom said, "(We're) just waiting. They told us it was going to take a while because there’s so much to put back together (and) move out of the way.”

Cunningham said, “This can all be fixed. Hopefully nobody got hurt.”

Police and county dispatch said they're not aware of any injuries being reported.