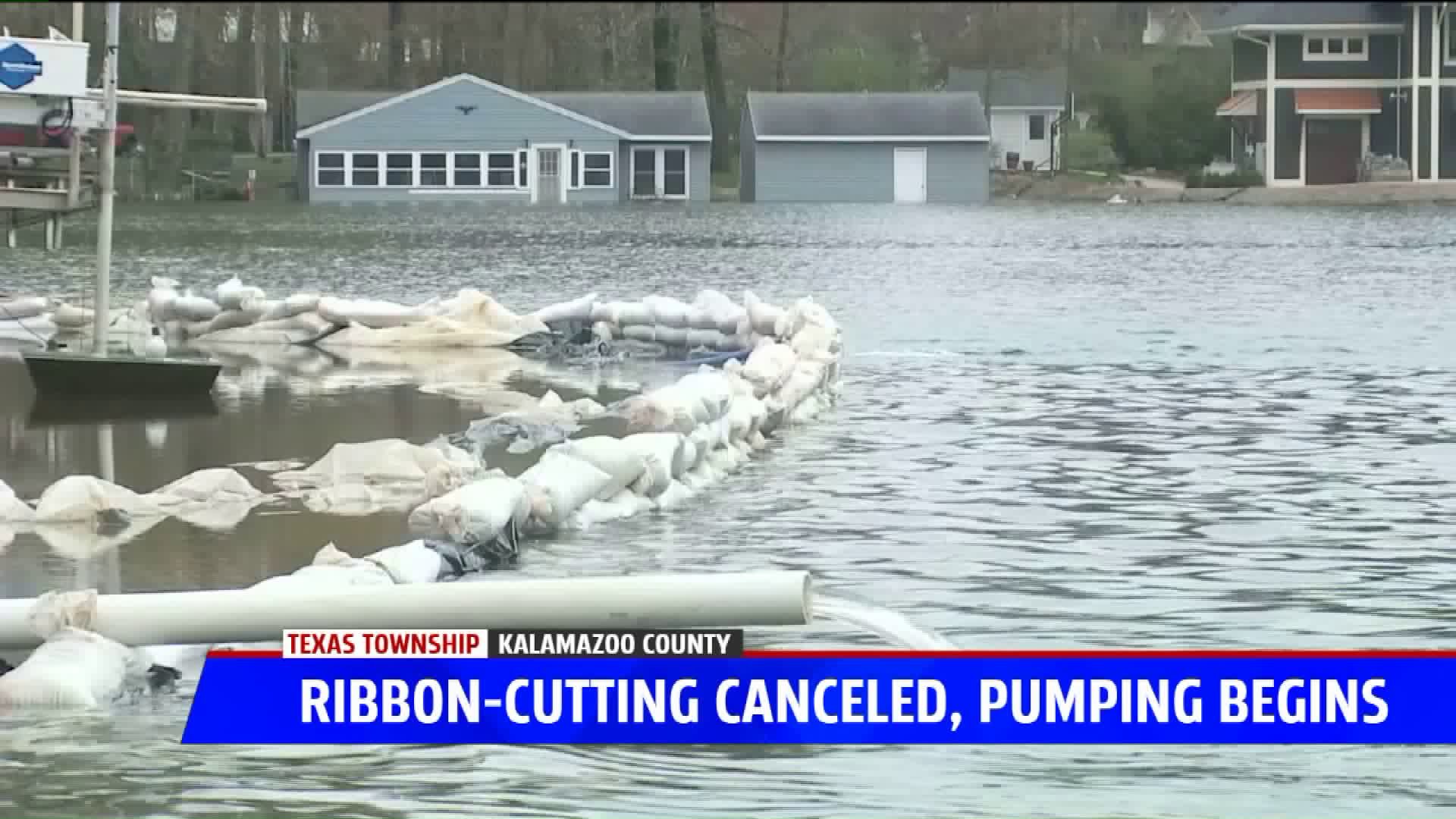 TEXAS TOWNSHIP, Mich. — Amy Coon considers herself to be a pretty composed person, she said. But once she began speaking during the town hall about the ongoing floods Thursday morning, she cried.

“It’s really hard to get through this. I’m sorry,” she said while crying. “I just feel like we’re all at this breaking point.”

Coon was among the dozens of residents who packed the Texas Township meeting room, discussing the flooding issues at Eagle Lake, Crooked Lake and elsewhere in the area.

“Every rainfall we have more homes that go down, that are flooded, homes that are abandoned, roads that are closed,” said Coon, president of the Eagle Lake Association.

Township officials said they began using  pumps this week to remove several feet of water. Initially they planned to celebrate the event with a ribbon-cutting at the filtration center.

However it was canceled due to public outcry.

“You see your lake rise three inches in one week,” said Coon.  “It’s just heartbreaking and there’s no words for it really.”

Township supervisor John Hinkle said that the pumps were only a short-term solution. One was being  used on Crooked Lake. If all goes well, then it’ll move to Eagle Lake next week.

“It’s going to take ’til about a year,” Hinkle said. “We’re hoping to get a couple of feet off the water, which would give relief to a lot of people. A long-term fix is going to be done by the planning commission.”