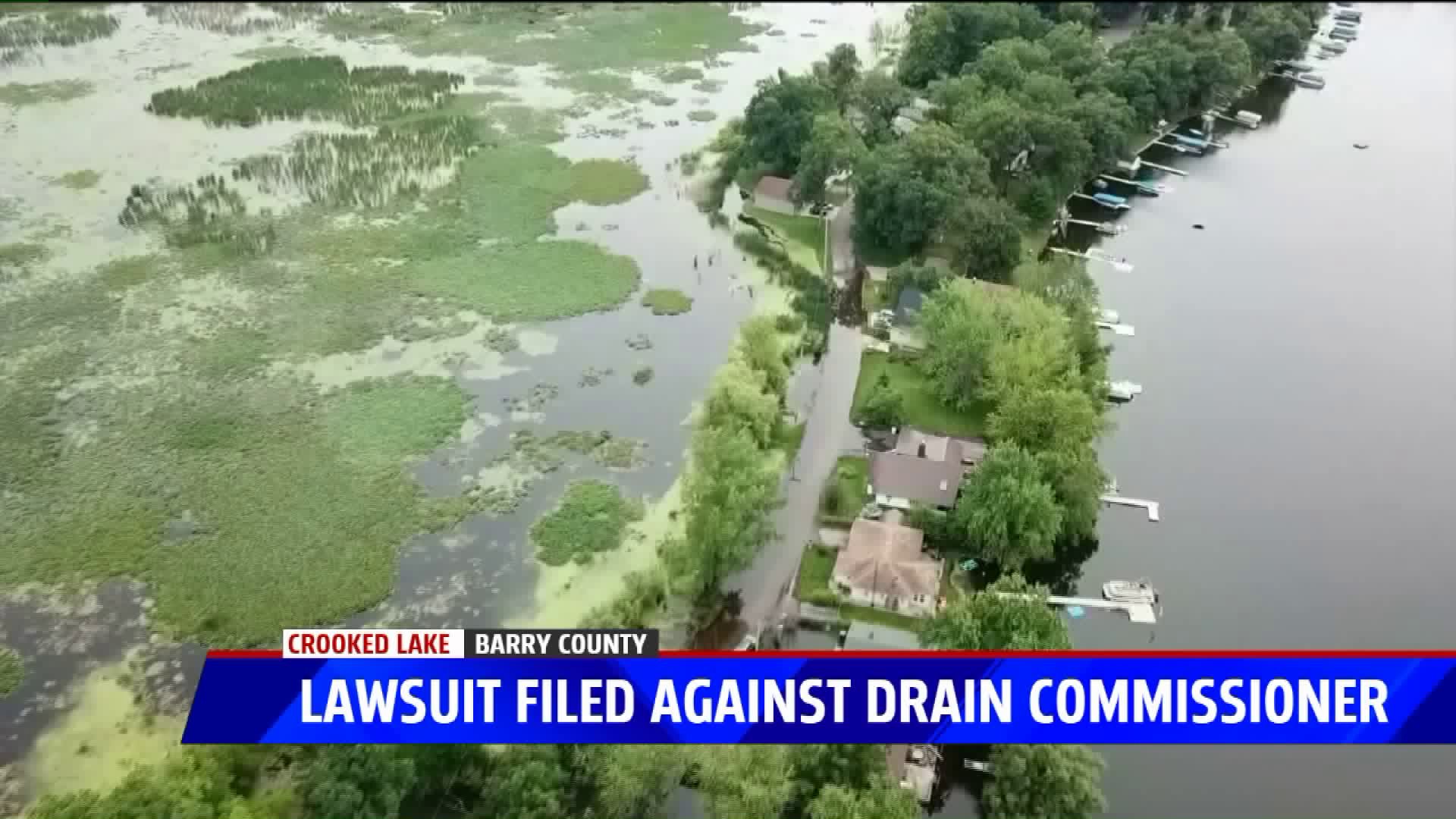 The lawsuit says their homes have become uninhabitable due to the continuing rise of the lake’s water levels. It is alleged the increased levels are a direct result of Dull’s decision to replace a culvert on Florida Road and modify a drain.

The lawsuit compares replacing the culvert to “turning on a plugged bathtub’s faucet and allowing the water to run.”

The residents are asking Barry County to start eminent domain proceedings to purchase the properties, which would allow them to find new housing.