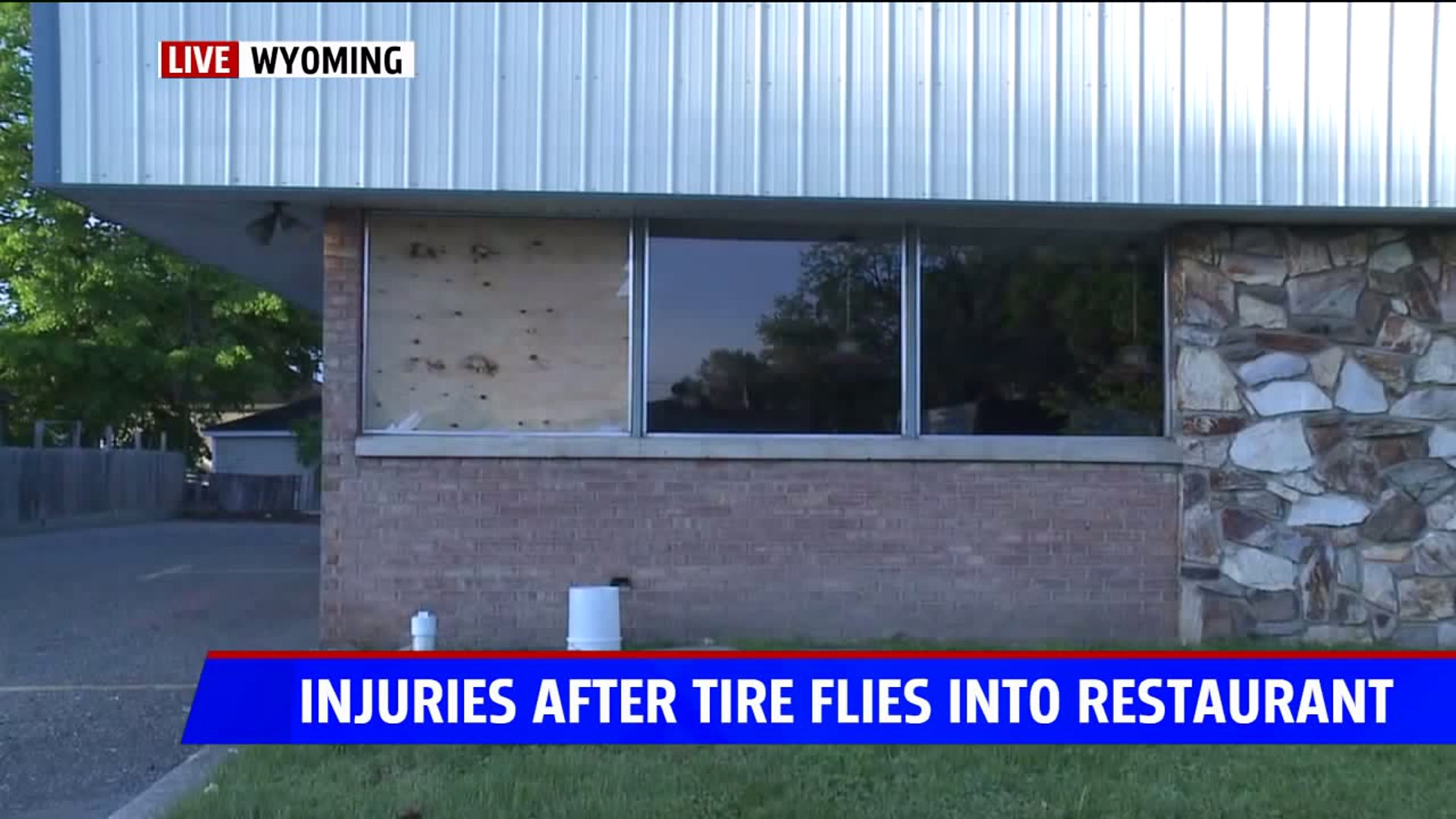 WYOMING Mich. -- Police responded to a report of a serious accident in Wyoming Sunday afternoon.

The two vehicle collision happened around 1:30 p.m. and shut down Chicago Drive between Federal and Burlingame Avenues.

The details of the crash remain under investigation. Dispatchers tell FOX 17 injuries were reported as a result of the crash, but the extent of which are not known.

The collision happened in front of the New Beginnings Restaurant. Staff members tell FOX 17 a tire from one of the vehicles in the crash ended up going through one of their windows,  damaging a wall and a booth and leaving debris around the restaurant.

No injuries were reported inside the facility.