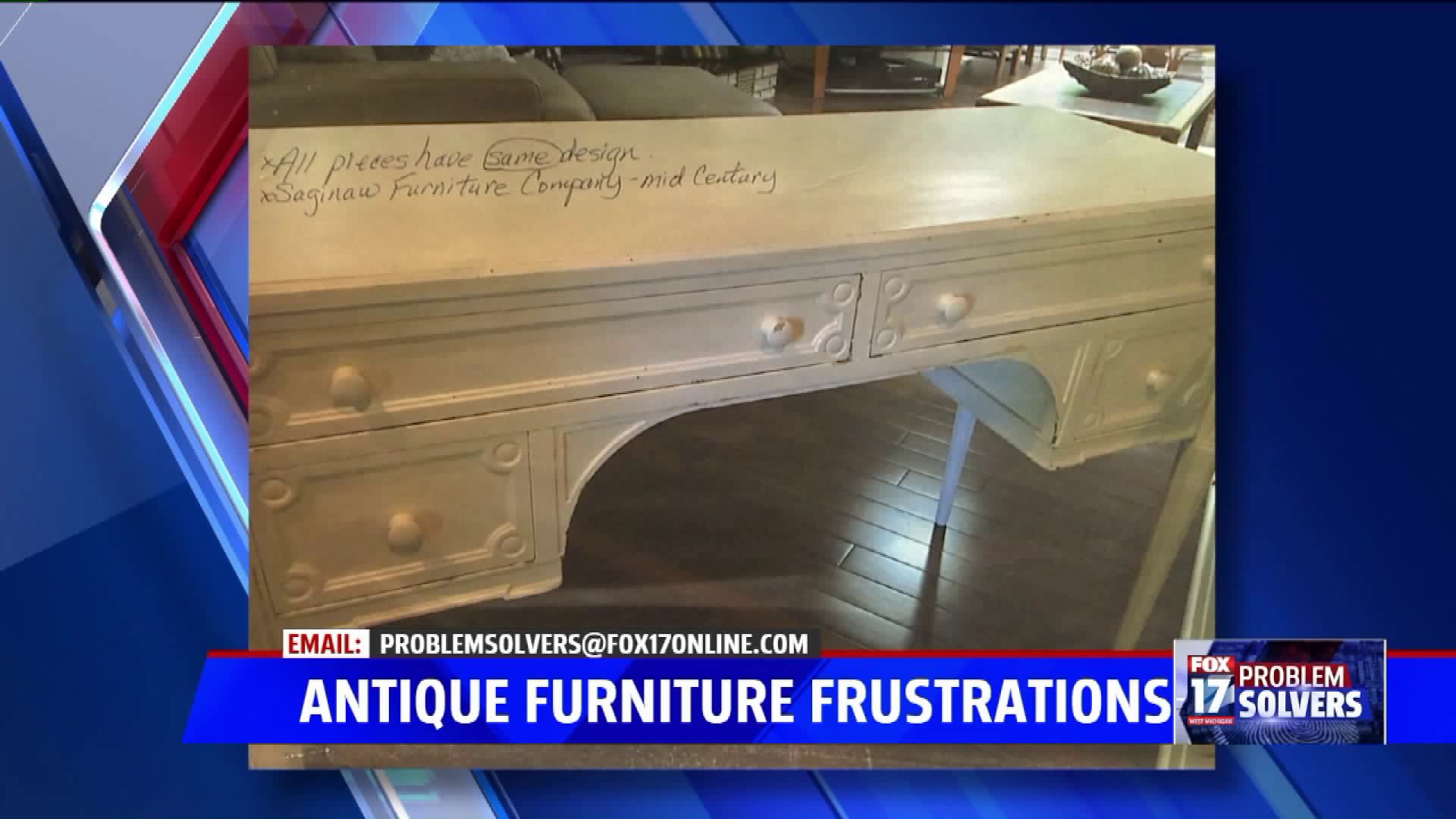 "It's sentimental. It was my grandparent's furniture. It's historic. It was made by the Saginaw Furniture Company," she explained.

She said she found Zach Ferrell's business on Angie's List.

"The point was to stain the furniture, the bedroom furniture the same color as the barstools," she explained.

The Ada couple said Ferrell established some credibility after staining the bar stools, but they said he failed to deliver the bedroom furniture by the end of October.

That's when the two snowbirds head for Florida for the season. The Jones said they were understanding of the delays at first.

Anne's husband, Glenn Jones said, "(Anne) started trying to reach out to him, and he basically fell off the face of the earth. All of his online information is gone. His website's gone, and we just really want the product back, the furniture back. We don't care about the money at this point."

After failed attempts to connect with Ferrell, the Jones became increasingly concerned. So they reached out to the FOX 17 Problem Solvers.

Glenn Jones said, "And we appreciate what you tend to do, as far as helping people with issues -- maybe sometimes more important than this -- but this is very important to us as well."

The Problem Solvers left a voice message with Ferrell. A half hour later, Ferrell texted Anne Jones. He stated he had lost their phone number and promised to have the furniture delivered this week.

FOX 17 knocked on Ferrell's door shortly after the text message. He stepped outside, never acknowledged our phone call, but said he lost their number and that he'll have the furniture to them this week.

Glenn Jones said, "We have no expectation, per say, of getting our money back. That's not the important part at this point, the value in her heart of the product, the furniture itself."

Ferrell told FOX 17 all of the furniture has been refurbished.

The couple said there's no written contract, although they do have proof via text messages of the situation. It may not make a difference in this case, but this is a good reminder to always make sure to get things in writing for a business transaction like this.

We'll let you know how this turns out.