West Michigan military family on road to recovery after crash 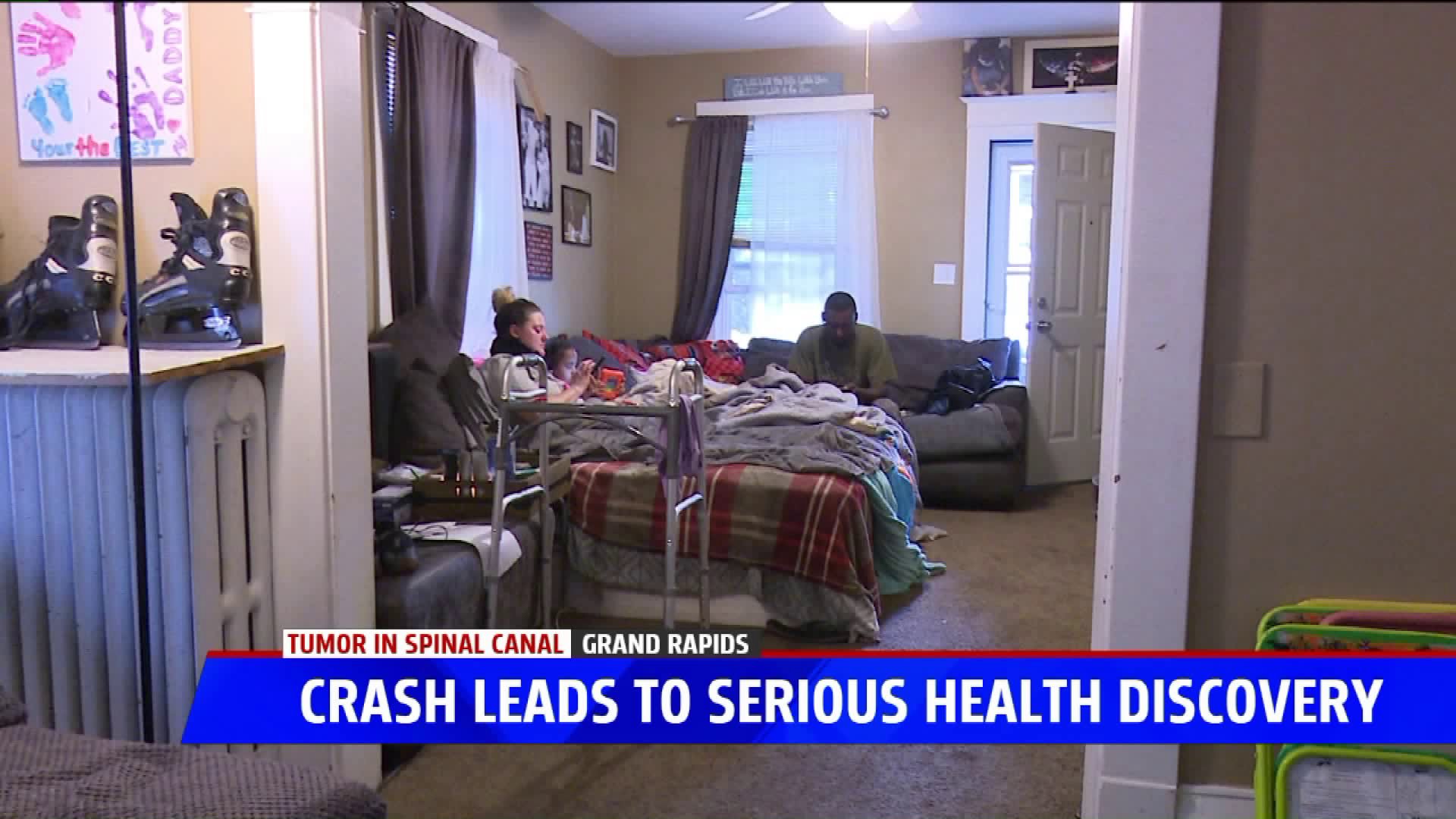 GRAND RAPIDS, Mich. -- A military family continues to work toward recovery after a bad crash at the beginning of the year.

The crash the family says came as a blessing as the family became aware about a serious health concern that had gone unnoticed.

"It was like everything flipped for me. I wanted to gain rank I wanted to be more involved, I want to do everything," said James Purvis, Army National Guard Infantryman.

Purvis says his wife, Lesly, has been his motivation throughout his military career in the Army National Guard.

"When I'm not here she takes care of everything the trash, the lawn, the kids back and forth here and there, competition cheer, hockey here. everything.... there's nothing really she can't do," Purvis said.

But that all changed after a bad crash left her in the hospital.

"We ended up hitting black ice on the curb and we spun around in circles and smacked a tree," said Lesly Purvis who suffered a serious neck injury, but was eventually sent home.

After weeks of throwing up and severe headaches she returned to the hospital, her doctors later telling her that she had a tumor in her spinal canal.

"I ended up having to have surgery and it's been hard. I'm not a mom that likes to sit down...I'm just left here just sitting," she said.

Something she says she's not used to. The busy mom of three often on the go, taking care of three children and supporting her husband while he serves overseas. But now, he is taking care of her.

"I support him and I know that he's said a million times to me that it's now his turn to support me," Lesly said.

And though it's hard and they still have a long road ahead, the two say they're getting through it with the help of their military family and loved ones.

"We all just came together because we know mom is down," James said. "We have to keep positive thoughts, positivity goes a long way," Lesly said.

The Purvis' say their doctors are running test to see if the tumor spread though Lesly is slowly starting to heal from surgery she still has months of physical therapy ahead. If you'd like to find out more about the family, you can help here.