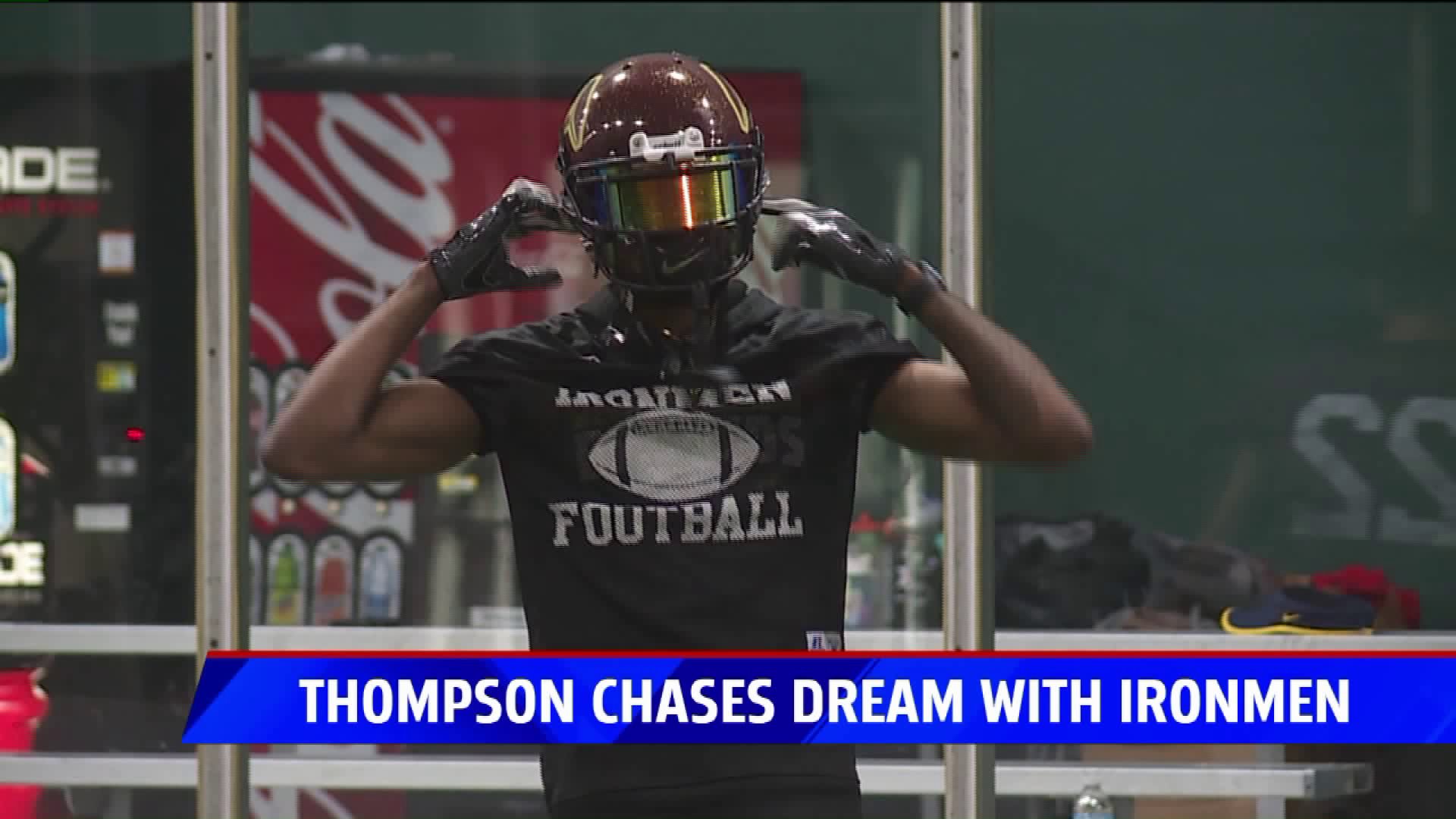 The former WMU wide receiver is lighting up Indoor Football

"Just to the see the joy when we run out, just for fans to want to shake our hands, just to be a part of what we got going on and that is just something beautiful that I like to see" Thompson, a wide receiver for the West Michigan Ironmen, said.  "Bring joy to peoples eyes, that is the reason why I picked up a football in the first place just to touch somebody and be able to make their day better and make my day better at the same time."

Thompson has been a joy for fans to watch, making many great plays at LC Walker Arena for two seasons now.

Thompson had an excellent season at Western Michigan University in the fall of 2016, but went undrafted and eventually joined the Ironmen.

He has garnered interest from the Arena Football League and the Canadian Football League, most believe it is just a matter of time before he advances and he still has the hope of one day getting to the National Football League.

"That is always my dream." Thompson said.   "I am just letting God move letting him do it at the right time, everybody got to take their own route and its the route God wanted me to take so that is always going to my dream, hopefully I get there recognized by my play, but as far as I am worried about it right now, my worries is just on this team, just making sure we are in the right place to get back to another championship and bring a championship back to this city."

He did not receive much attention coming out of high school in Houston, Texas.  He ended up at Northwood University before transferring to Western.  He studied Business Management during his time in college and whenever he stops playing football he hopes to one day help other like him.

"I want to be an agent" Thompson said.  "I want to start my own agency and help out guys just like I was being underrated and not really being know I want to help them and be able to give them the opportunity I had and just touching somebody with the experience I had and showing them what I can do and different routes you can take to get where you want to be."

For now, the Ironmen are happy he is playing for them, not just because of his incredible abilities on the field, but off it as well.

"He is a great character guy." Smith added.  "He is someone that really knows it is not really about himself which makes him a great teammate, the way that he interacts with our fans is genuine and it is 100 percent who he is.  He loves to work with kids, he loves to reach out to our fans and that really transitions on the field, you can see it in the locker room, he is a leader in our locker room, guys know that he is somebody that is playing not just for himself by the guys next to him and that is the way he is in the community too."

Thompson and the Ironmen have already won their division and finish up the regular season Saturday at home against Indianapolis.