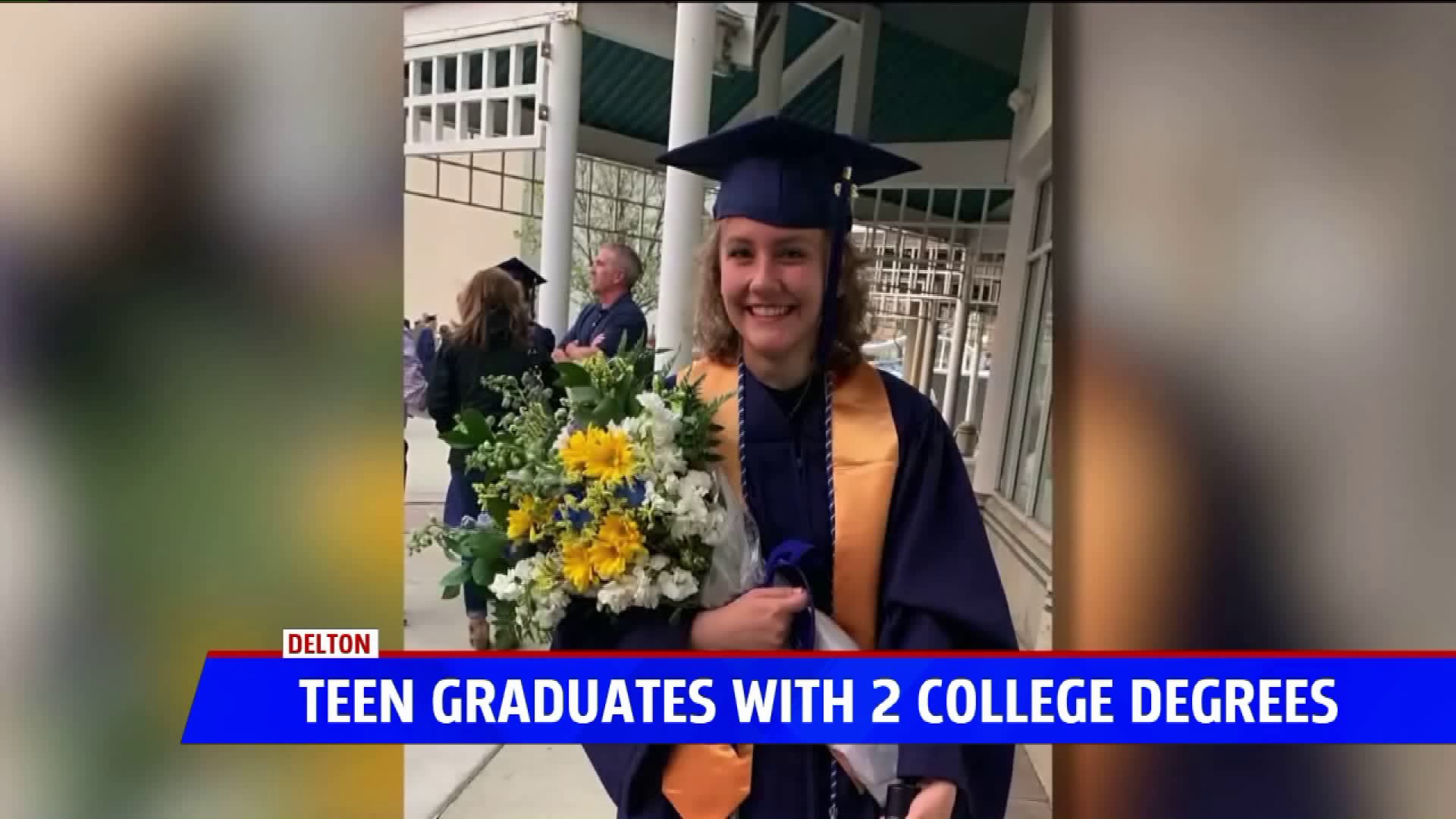 DELTON, Mich. — Lily Cooper is always on the go. Throughout her tenure at Delton High School, she’s taken multiple advanced placement classes, earned a 4.02 grade point average, was executive president of the student council and was apart of the robotics team, her favorite school activity.

When she wasn’t studying, she worked part-time at a local Arby’s.

“I don’t feel any different from anybody else,” Lily laughed, while sitting next to her parents Tim and Michelle at the Local Grind Coffee House. “Like, I just feel, I don’t even know.”

Lily continued to smile. When she couldn’t answer, her parents chimed in and said she’s graduating fifth in her class, has been accepted to 10 universities and has received multiple scholarships.

The Coopers said they’re proud of Lily, not only because she’s decided to go to the University of Michigan Ann Arbor next fall. But she’ll enter school with two college degrees already.

“I started dual-enrolling my sophomore year when I was 15,” Lily said. “I been doing it through the summers and taking two classes per semester.  Last summer I took 6 classes I think.”

For the last three years, Lily has been apart of the dual-enrollment program at Kellogg Community College. She took courses in accounting and business management, while maintaining at 4.0 GPA at Delton.

“It was very nerve-wracking,” Lily confessed. “I didn’t know what I was doing at first. So, you just gotta like jump in and it turned out alright.”

For her, it did. She earned a 3.8 GPA at KCC and earned  an associate degree in each major.

“I learned that I can’t procrastinate everyday. That’s a bad strategy,” she said while laughing. “I learned that you can’t turn in stuff late ‘cause otherwise they won’t take it. Then your grade drops.”

It’s a lesson she’ll take with her to Michigan where she'll be studying statistics, Lily said. As nervous as she is about starting her freshman year, she’s feel better prepared to succeed because of her success at KCC.

“Even though I am spending four years at a university, now I have a fallback on accounting and business management,” she said. “I can work not as a waitress.”