Esophageal cancer risk on the rise in West Michigan 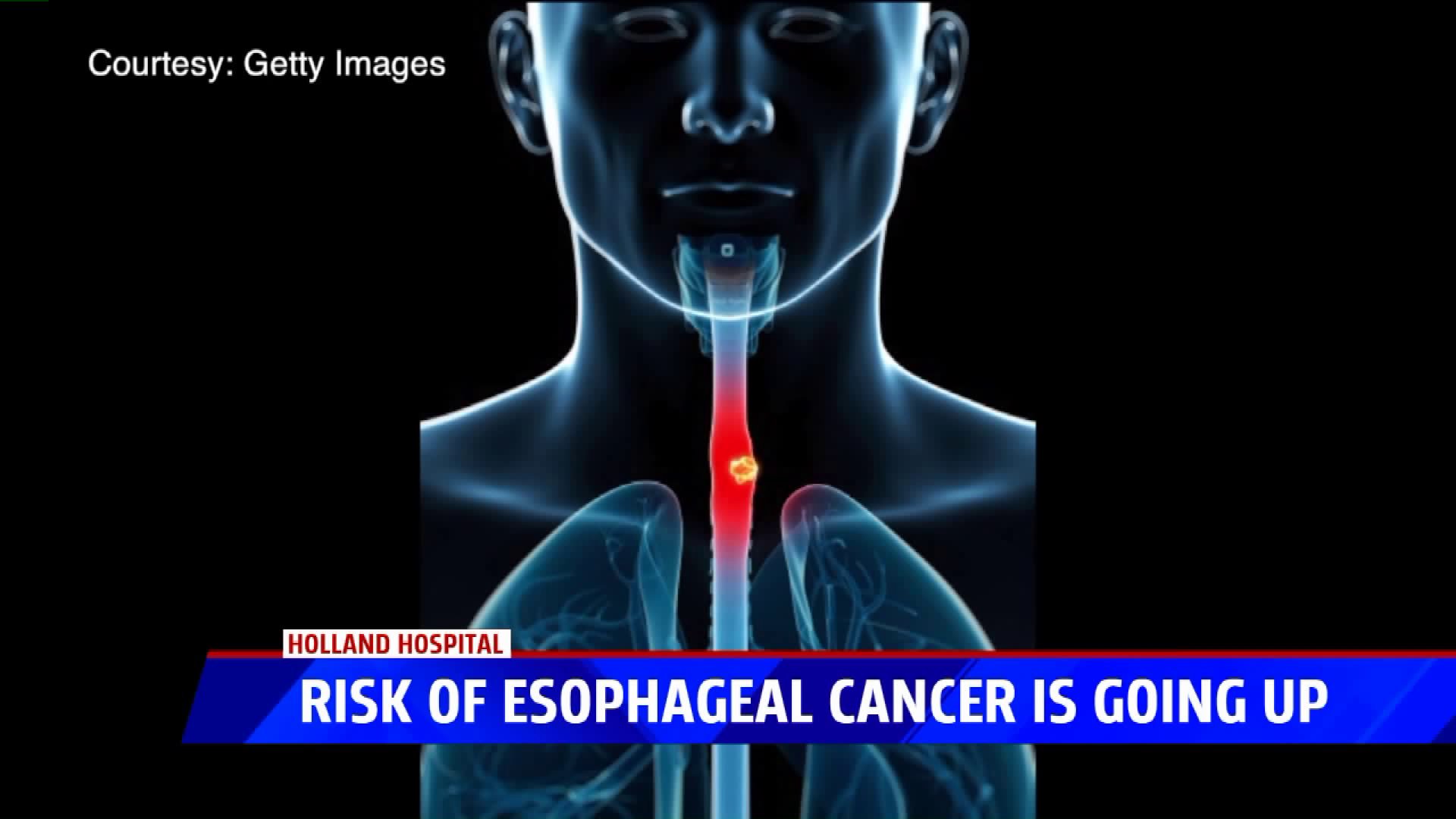 HOLLAND, Mich. --With more than 40 percent of us are suffering from heartburn at least once a month, doctors at Holland Hospital say it could be a signal to a more serious health problem.

Nearly 18,000 people will be diagnosed with esophageal cancer this year. It's caused by damage to cells in your esophagus. Gastro-esophageal reflux disease or GERD can be treated with medicine but it can also worsen overtime and lead to cancer.

Symptoms include difficulty swallowing food, feeling like you have a lump in your throat, or constant coughing, wheezing and throat clearing.

We spoke to a doctor testing for it at Holland Hospital, who say the cancer is becoming more prevalent in people across West Michigan.

"There are some ways to treat it, some ways to stop it from getting worse, but there really isn't a way to cure it completely," said Brian Dishinger, M.D. Lakeshore Health Partners with Holland Hospital.

Doctors say the best way to lower your risk for cancer of course is a healthy lifestyle and you should be tested for it every three years.

"Stressful job, stressful eating, eating late at night -- eating large meals instead of small meals, stretching the stomach and puts more pressure on the esophagus, so that can affect it, too," he said.

Holland Hospital says its state-of-the art diagnostic and treatment techniques are available to anyone in need.