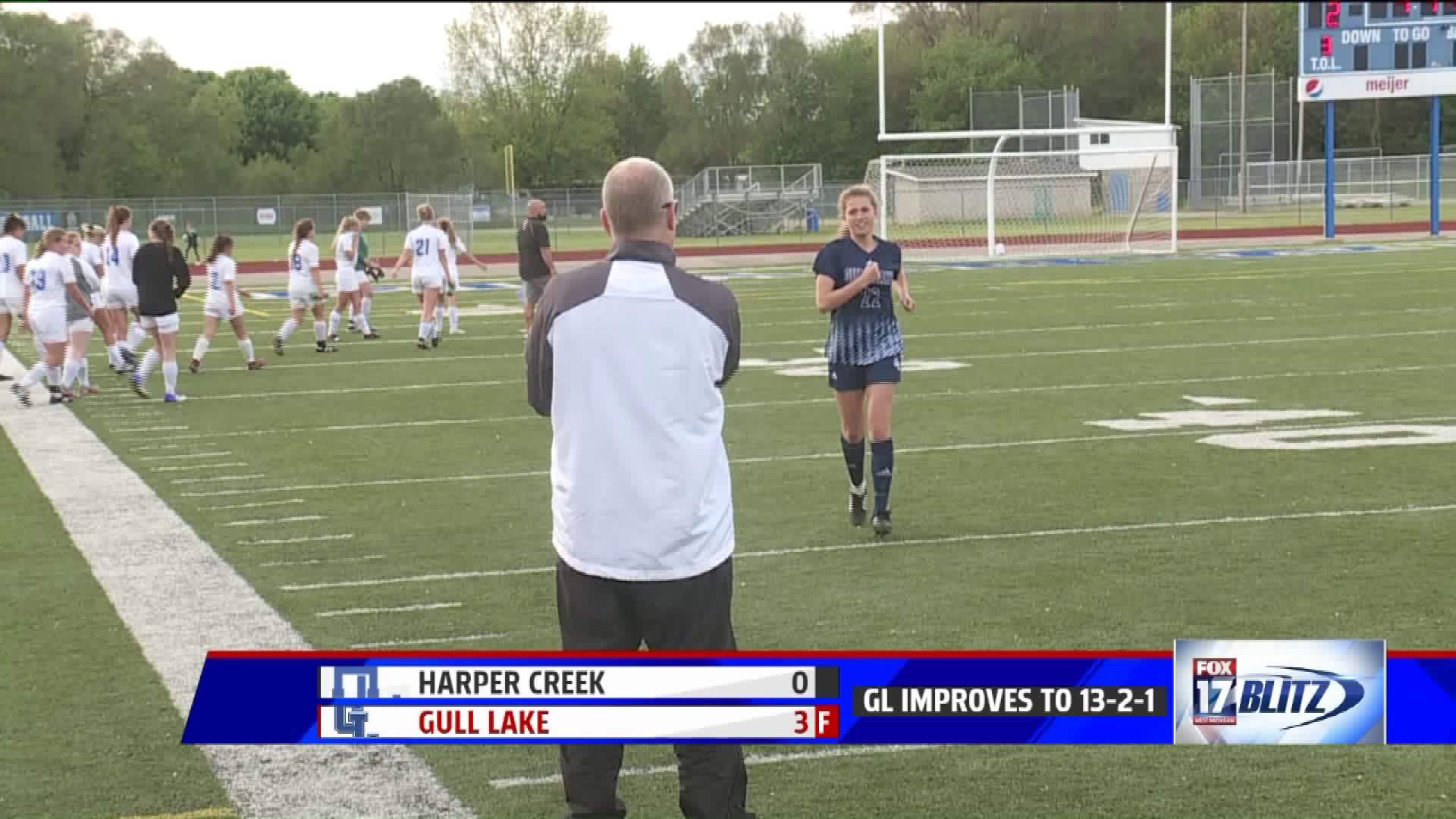 PLAINWELL, Mich -- Just over twenty minutes into the game, Gull Lake held a 2-0 lead over Harper Creek in the district semifinal. The Blue Devils were held by the Wisser sisters, Rosie and Reagan who each scored just over a minute apart in the opening half. Just a minute into the second half, Reagan added her second of the game to extend the lead to 3-0, which was the eventual final. Gull Lake advances to Thursday's district final against Plainwell at 6:00 PM.