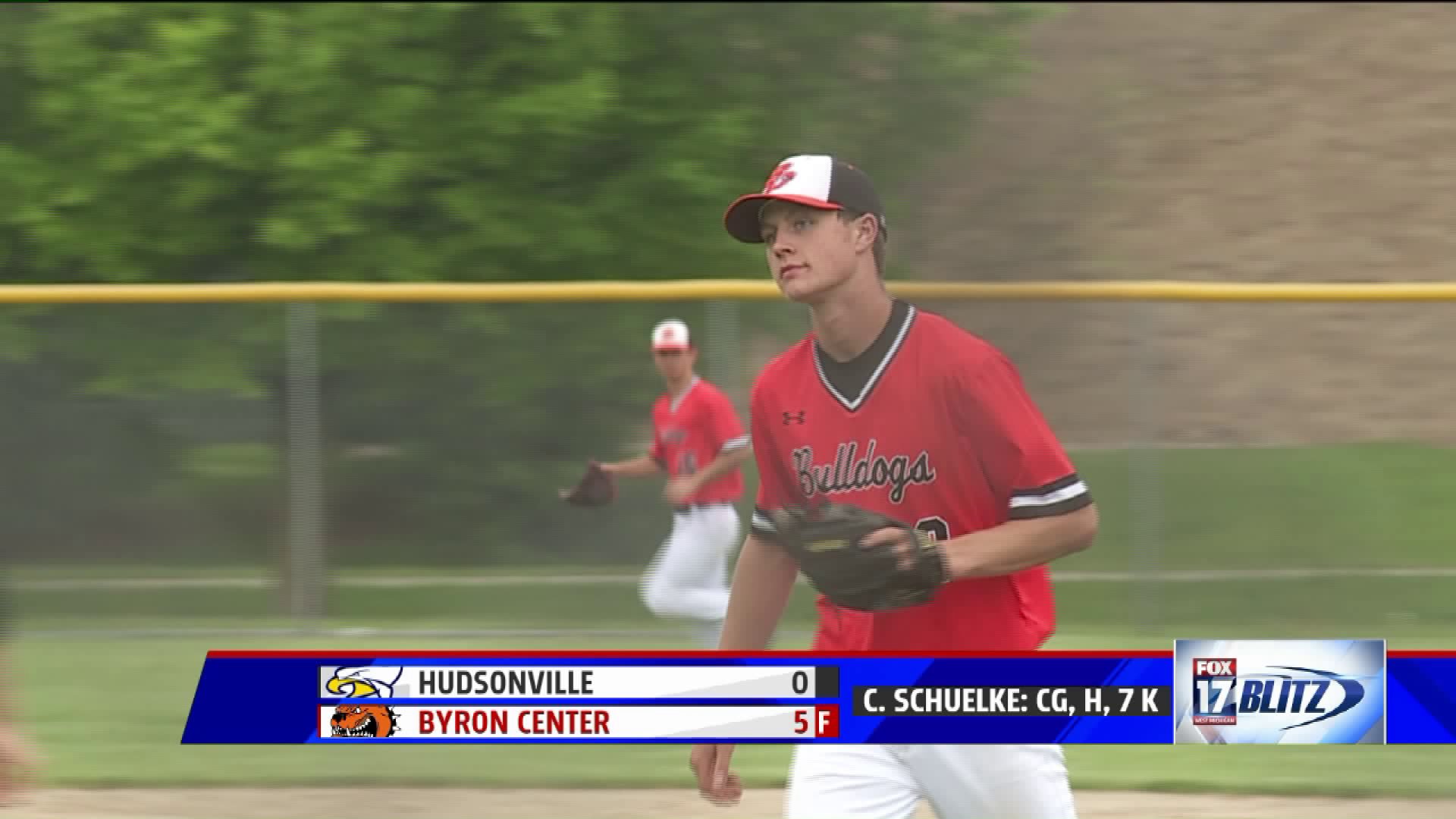 JENISON, Mich -- Junior Cam Schuelke was dealing on Tuesday afternoon in the pre-district game against Hudsonville at Jenison High School. The game was scoreless until the bottom of the fifth when the Bulldogs pushed a run across before breaking it open in the sixth inning with four more runs. Schuelke would get the Eagles one, two, three in the top of the seventh as he pitches the complete game one-hitter with seven strikeouts as Byron Center advances to face Jenison on Saturday with the 5-0 win.