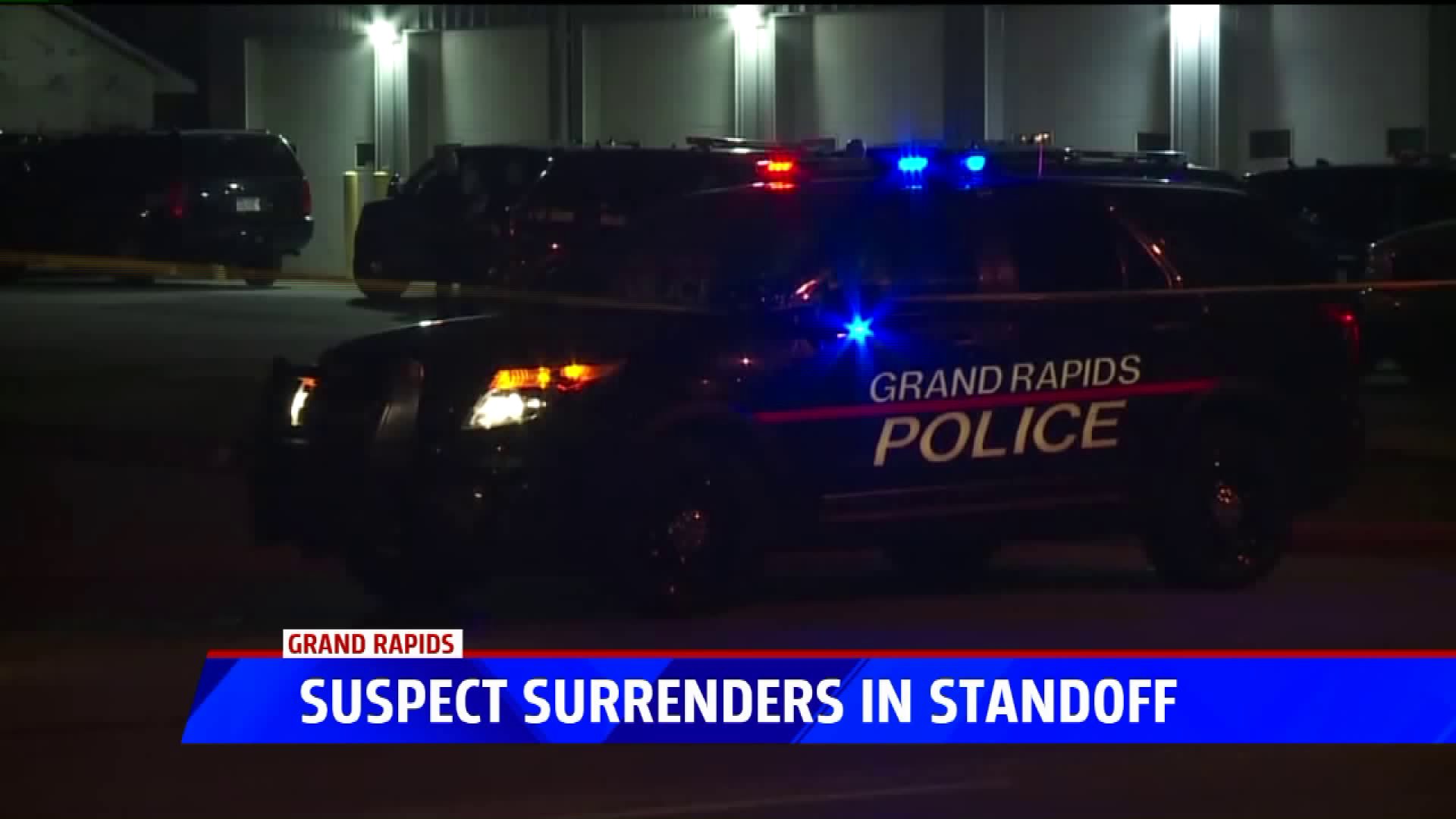 GRAND RAPIDS, Mich. -- Grand Rapids Police say a felonious-assault suspect who barricaded himself inside an apartment house on the city's southwest side surrendered without incident around midnight.

Grand Rapids Police and their Special Response Team (SRT) converged on the home shortly after 8:30 p.m. Tuesday after receiving a report of an alleged felonious assault.

The location was in the 100 block of Stewart Street S.W. That's between Buchanan and Division avenues, and north of Burton Street.

GRPD Sergeant Cathy Williams held the first of two late-night media briefings around 11:30 p.m. Tuesday. She said when police arrived at the multi-apartment home, the suspect - in his 30s - was gone. She said police were told a representative of the landlord earlier had approached the suspect over a rent dispute.

"After that dispute, there was a physical altercation between the suspect and that representative from the landlord. After that happened, the victim called the police and the suspect retreated in the home. When we arrived, we tried to make contact and we did confirm that the suspect was in the home. We do not believe that anyone else is in the apartment with him."

Police  were going to execute a search warrant early Wednesday morning in order to confirm that.. Earlier, police said residents of other apartment units in the house were given the option of being escorted out of the complex, or staying inside with their doors locked.

"When that altercation happened earlier," said Sgt. Williams, "the suspect did try to cut someone with a box cutter...and another witness did describe him coming out of the home and making threats with what was described as a handgun."

GRPD said a "Latinx man" barricaded himself in his apartment, and police were not sure while the standoff persisted whether he was armed just with a box cutter or, possibly a gun, as well. Sgt. Williams said the alleged victim and other witnesses confirmed the suspect had the box-cutting knife.

Police were researching whether the suspect has a criminal record.

No names had been released at the time of this report.

Sgt. Williams said in a second media briefing around midnight that the suspect was being questioned by GRPD detectives, and police had to secure a search warrant.

GRPD resources are beginning to arrive in the 100 block of Stewart St SW as negotiators try to convince a man, believed to be armed with a firearm, to surrender from a residence. He reportedly threatened a person with a box cutter.