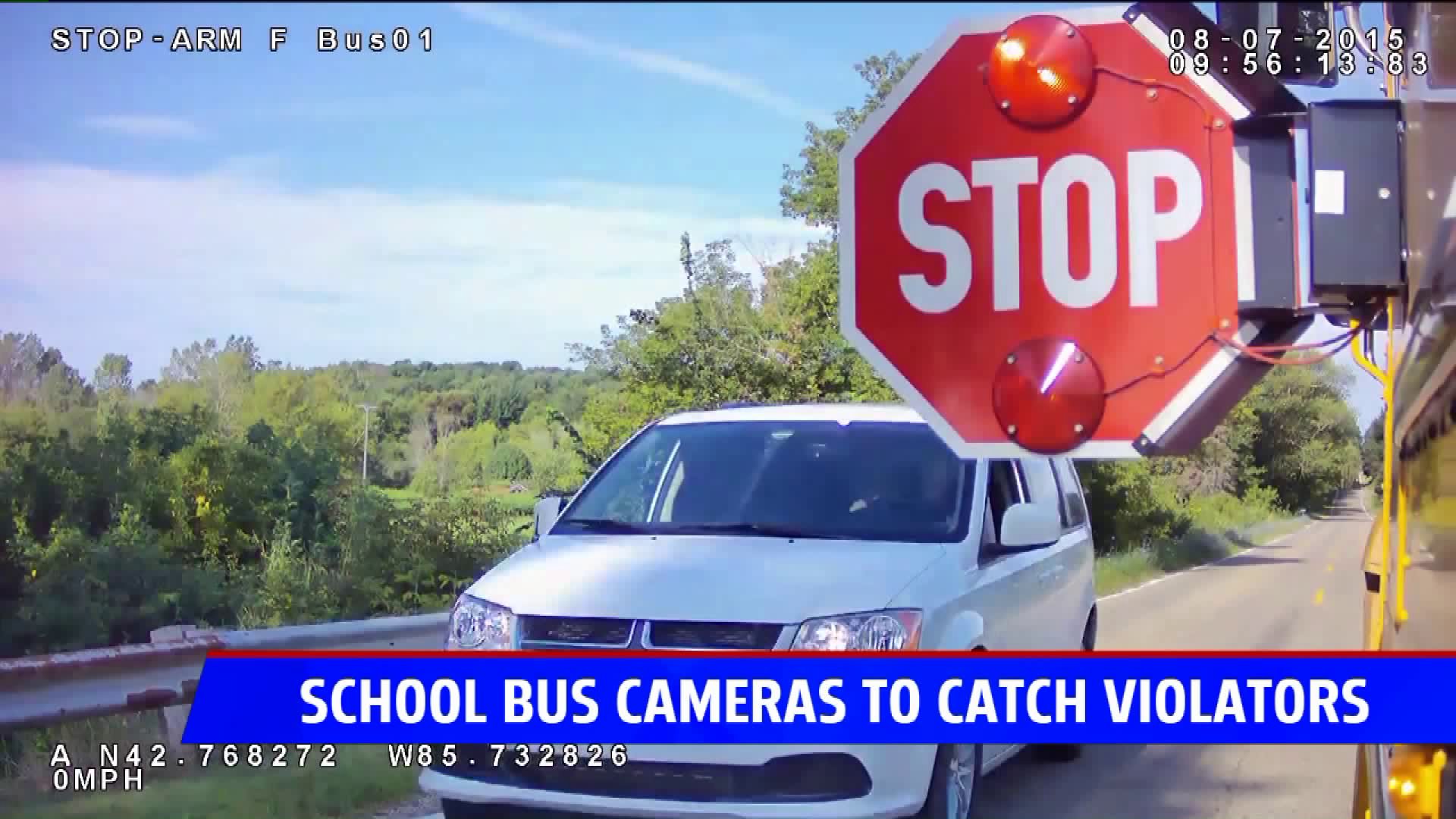 Pro-Vision, of Byron Center, has created a camera that extends with the stop sign off the side of a school bus which captures pictures of the driver and vehicle as it passes. It even works on vehicles speeding over 70 miles per hour.

There are a couple of catches however. One, the cameras don't come cheap and the footage may not hold up in court.

The Director of Sales and Services, Andrew Beach, tells FOX 17 they've already sold similar cameras to the new Stop Arm Camera to schools throughout the state and across the country.  The new camera captures an HD image of both the driver's face and license plate.

But, Michigan banned automated traffic cameras a few years ago.  Michigan State Police say the footage may not be enough to land you a $500 ticket, but the threat of cameras can sometimes help to stop tempted drivers.  Police tell FOX 17 that in order for camera footage to hold up in court, legislation would have to be passed allowing automated cameras to be enough evidence without an officer witnessing the crime.

And, the cameras cost about $600 each. Beach says its is worth it.

"We're seeing more and more stories about injuries related to people going by stop arms on buses and again if you can change the behavior of the people who are passing those buses, that's going to be important at the end of the day to protect our most valuable asset, which is our children," said Beach.